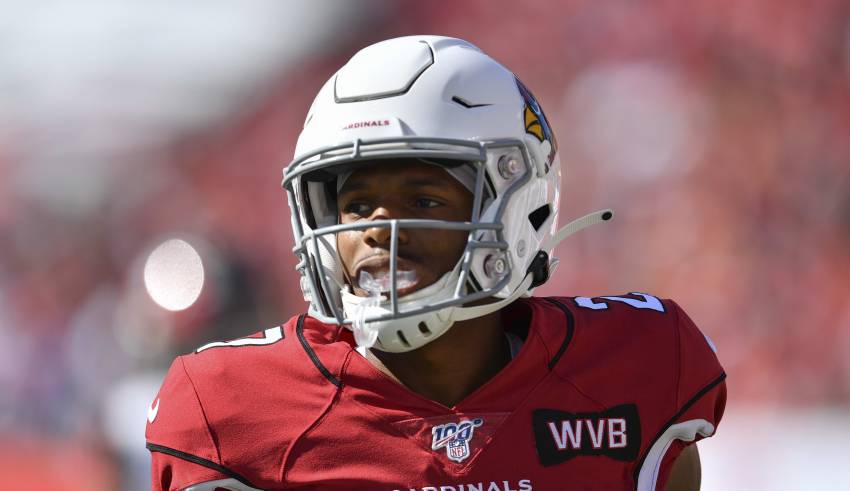 Arizona Cardinals Safety Josh Shaw (27) during the first half of an NFL game between the Arizona Cardinals and the Tampa Bay Bucs on November 10, 2019, at Raymond James Stadium in Tampa, FL.

Arizona Cardinals defensive back Josh Shaw could be facing additional punishment from the National Football League following a suspension for betting on league games.

Shaw, who was suspended at least until the conclusion of the 2020 NFL season, could also have his contract terminated, according to terminology in the NFL Collective Bargaining Agreement.

Following any appeal, the league could reference Appendix A, which explains player contracts, if they attempt to terminate Shaw’s contract. Shaw signed a one-year deal with the Cardinals worth roughly $895,000 in March. According to Spotrac, Shaw’s contract also included a signing bonus of $45,000.

The “Integrity of Game” section (guideline No. 15, page 265) states if a player is found guilty of participating in activities such as placing bets on NFL games or “any other form of conduct reasonably judged by the League Commissioner to be detrimental” to the NFL, the league has the right to fine a player in “a reasonable amount, to suspend (a player) for a period certain or indefinitely, and/or to terminate this contract.”

The NFL can also attempt to recoup Shaw’s signing bonus money. The league could do so by prorating the final four weeks of Shaw’s regular season pay, a person from the league confirmed to CNBC.

Last weekend, the league released a statement announcing Shaw’s suspension for betting on NFL games on “multiple occasions” this season.

In a statement, NFL Commissioner Roger Goodell said: “the continued success of the NFL depends directly on each of us doing everything necessary to safeguard the integrity of the game and the reputations of all who participate in the league. At the core of this responsibility is the longstanding principle that betting on NFL games, or on any element of a game, puts at risk the integrity of the game, damages public confidence in the NFL, and is forbidden under all circumstances.”

ESPN reported Shaw bet on games in Las Vegas including a Cardinals contest last month. The NFL said its investigation found no evidence the defensive back utilized inside information when placing the wagers. The league also cleared Cardinals’ players and staff from any wrongdoing, claiming the team was now aware of Shaw’s betting.

ESPN also reported the NFL recently distributed a memo to teams, reinforcing that any league employee caught betting on games could face discipline, including termination.

“If you work in the NFL in any capacity,” Goodell said, “you may not bet on NFL football.”

Shaw, who is currently on injured reserve for his shoulder, has not played a game for the Cardinals this season. Initially drafted in 2015 by the Cincinnati Bengals, he recorded 108 total tackles and one sack in 55 career games.

If the suspension holds, Shaw would be eligible to petition for reinstatement after Feb. 15, 2021.