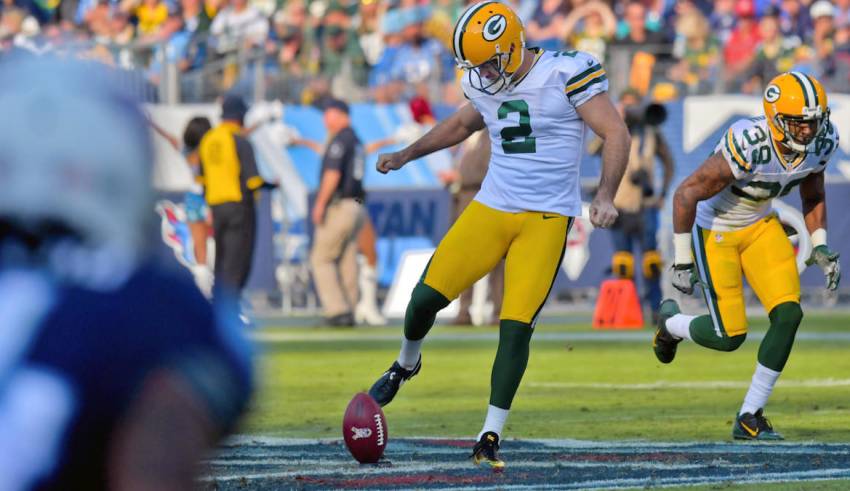 Last year the Denver Broncos became the first NFL team to formally propose the idea of an alternative to the onside kick with a fourth-and-15 attempt.

The proposal obviously didn’t pass, but Philadelphia Eagles owner Jeffrey Lurie thought about it — while refining it in association with the league’s football operations department — and proposed it again this year. Then, in the last two or so weeks, he tweaked it to allow a team ahead, trailing or tied to be able to run the play. This week, he tweaked it again to make it an untimed down in the event a team uses it to drain the clock and salt the game away.

The loopholes appeared to be closed by Thursday afternoon. And yet, the proposal never even made it to a vote.

NFL owners still scarred from the failure of the pass-interference-challenge rule from a year ago (and the roughing-the-passer officiating disaster a year earlier) decided to table a proposal that only injects more life into America’s most-watched sport. But more than their collective apprehension at this less-than-radical rule change lies a continued resistance by the league’s elites to shut up and listen to analytics.

“I think there is definitely that theory that you don’t want to make the comeback too easy,” Rich McKay, the chair of the league’s competition committee, said on a conference call with reporters Thursday. “You’ve worked all game to be ahead. You would not want a rule change to come in and say all of a sudden ok we’re going to completely change the odds of you being able to preserve that lead.

“I think people wanted to hear the statistics. We went through them. I think [NFL EVP of football operations] Troy [Vincent]’s people in football analytics have done some really good work on the numbers. I think we knew the numbers but I do think there is still in those people’s minds, let’s not make this too easy.”

Why did the NFL table the 4th-and-15 rule proposal? And why did Jadeveon Clowney turn down the Browns? Will Brinson and the Pick Six Podcast Superfriends debate those topics and more; listen below and be sure to subscribe for daily NFL goodness.

To begin, getting 15 yards on a play in pro football is not easy. From 2010-2018, the league-average success rate on third/fourth down between 14 and 16 yards was less than 20%. But team owners knew this because it was explained to them in a 20-to-30 minute discussion Thursday.

For a peek behind the curtain, I turn to Michael Lopez, the head of NFL data and analytics. Lopez is part of Vincent’s football operations team, and Thursday morning he wrote on Twitter the process his team took to find the most competitively equitable onside kick alternative.

First, they eliminated the noise by taking out the surprise onside kicks, which were three-to-four times easier to recover than expected onside kicks, and then they dropped plays negated by penalties. Then they had to account for such low numbers creating volatility in averages.

The reason the league is even having this discussion is that the expected onside kick has become nearly impossible to recover with the kickoff rules instituted before the 2018 season. Now that kickoff teams can’t get a running start or overload to one side, the probability of successfully recovering an onside kick has dropped from 13% to about 9%, per Lopez.

So what sort of alternative play that involves the offense equals that pre-2017 success rate of 13.2%? Football operations found the fourth-and-15 play has a success rate of 16.8%, which is “a smidge” better than the expected onside kick success rate.

Was this proposal tabled because of three measly percentage points? Of course not.

After team owners sought other unintended consequences and found none, they turned to their fears. An onside kick recovery can’t be advanced, but a successful fourth-and-15 can? What if a team scores a 75-yard touchdown on an untimed down?!? What about my precious lead?!?!?!

Others, according to Pro Football Talk, are worried too much pressure will be put on officials to make (or not make) calls like defensive holding or pass interference.

But the true fear came out in the form of a joke. Per Vincent, one team owner said the teams with soon-to-be Hall of Fame quarterbacks should be excluded from voting on this proposal. The idea is that Tampa Bay, Green Bay, New Orleans and Pittsburgh (and, frankly, Kansas City) have such weapons at quarterback that such a rule change would give those teams an even greater advantage.

And you know what? They’re right! Lopez called the team-level differences “non-negligible” meaning there are teams today that are clearly better at converting and/or successfully defending the fourth-and-15 than others.

Taking that same data set from 2010-2018, the Saints and Patriots were in the top five in both converting and defending long scrimmage plays on third/fourth downs with 14-to-16 yards to go. Meanwhile, the Dolphins were in the bottom five in both categories.

But there are non-negligible team-level differences across the league everywhere. Justin Tucker may be the greatest example of that and the league still pushed the PAT back.

When presented with a fair and equitable alternative, this can’t be a reason against it.

To be fair, and McKay pointed this out, the league’s owners are historically resistant to quick and substantial change, which this clearly is. Many rules proposals take more than just a year or two to push through.

Instant replay was killed in 1991, tested again in 1996, voted down in 1997 and brought back in 1999. And in the two decades that followed, coaches have been awarded a third challenge, scoring plays were automatically reviewed and delays caused by review have steadily decreased.

All that is to say that even obvious changes like the installation of instant replay during the greatest technological evolution in the game’s history took decades to push through a two-thirds vote.

The NFL is still licking its wounds from the PI challenge blunder from a year ago, so perhaps we all should have known that such a rule change wouldn’t pass this year, even with its refinements and fancy analytics.

Maybe we should have known that the fear of one team, facing a success probability of around 15%, converts on that play and then goes 60 more yards for a touchdown would be enough for team owners to be scared away. Or that if my team doesn’t have Brady or Rodgers or Brees or Roethlisberger or Mahomes that no one can have an onside kick alternative.

But just remember that when teams flaunt their expanded analytics departments and owners say how much money they’ve poured into finding the smallest of margins using data, they don’t even know what the numbers mean.