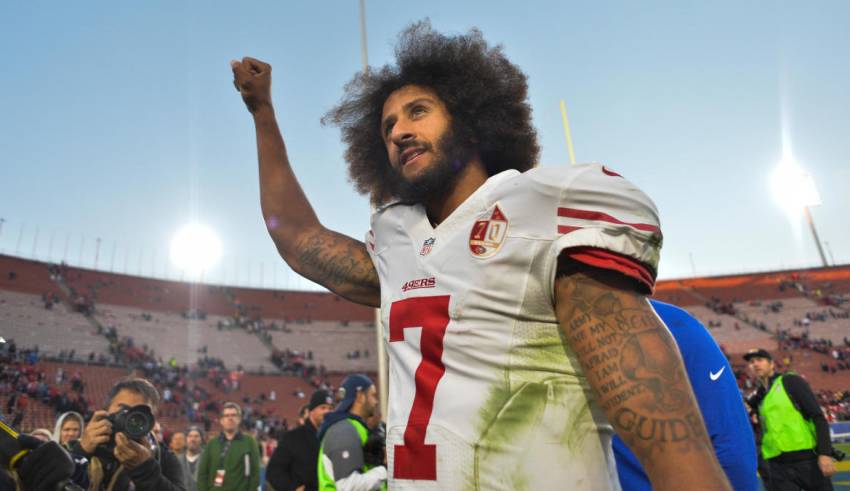 NFL teams had not been reaching out to Colin Kaepernick, so the league’s front office attempted to intervene in his football unemployment. It set up a private workout for the former NFL quarterback in November, but that devolved into what Dallas Cowboys owner Jerry Jones labeled a circus.

Kaepernick canceled his workout at the Atlanta Falcons practice facility in Flowery Branch, Georgia due to a dispute with the NFL over language in a waiver, and instead headed to a local high school more than an hour away to show off his skill set in front of media and any teams that opted to make the unexpected trek with him. He then told the 32 owners to stop being afraid and give him a call, but the call(s) never came.

When asked about Kaepernick and the league’s intervention, commissioner Roger Goodell was unequivocal in his stance.

“This was about creating an opportunity,” Goodell said this week, via Christopher Brito of CBS News. “We created that opportunity. It was a unique opportunity — an incredible opportunity and he chose not to take it. I understand that. And we’ve moved on here.”

Goodell’s last statement could be interpreted in a variety of ways, but many will take it to mean the league as a whole — not simply its front office — has decided to turn its back on Kaepernick. Considering he hasn’t played a snap in the NFL in what will soon be three complete seasons, it could be argued the league moved on from him years ago — following controversy stemming from his decision to silently protest by kneeling during the national anthem.

While teams like the Detroit Lions unsuccessfully attempt to pry older and unproven quarterbacks like Josh Johnson away from the ranks of the XFL, Kaepernick, who has played in a Super Bowl, continues waiting for a new NFL contract he knows will probably never arrive.