May 27, 2020
Trending
Home NFL NFL combine undergoing one small change in 2020 that teams probably won't be thrilled with – CBS Sports 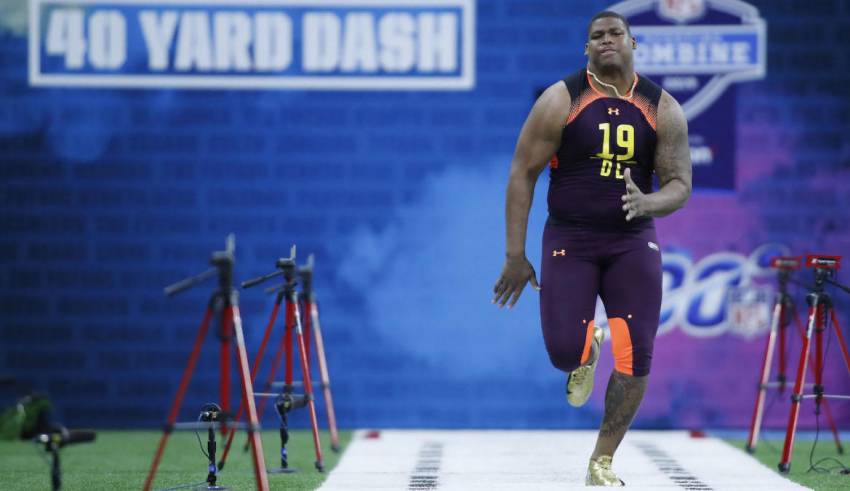 The NFL has been holding its annual combine in Indianapolis since 1987, and in the 32 years since then, the league hasn’t really made any major changes to the event. However, there will be two changes coming in 2020 and there’s a good chance that most NFL teams aren’t going to he happy with one of them.

Although you don’t hear about the team interviews too often, a few of them usually do make headlines each year. For instance, last year, D.K. Metcalf somehow ended up shirtless during one of his interviews. Players have also been challenged to staring contests while also being asked weird questions like whether or not they think their mom is hot (Seriously, that happened, just click here for the details).

The downside for teams this year is that the new rule means they’re going to be interviewing 15 fewer players, which means they’re really going to have to do their homework on fringe players that they may not be allowed to interview this year. With interviews cut down, that means teams could end up sending more representatives to events like the Senior Bowl and each college’s Pro Day so that they can talk to more players.

According to NFL.com, the reason the interview schedule was cut down is because of the other change the combine is making this year: The event is moving to primetime.

The NFL actually announced that back in May, but it kind of got lost in the shuffle. Instead of holding workouts in the morning and afternoon, each position group will be on the field at Lucas Oil Stadium between 4 p.m. ET and 11 p.m. ET from Thursday, Feb. 27 thru Saturday, Feb. 29. On Sunday, Feb. 30, player testing will run from 2 p.m. ET to 7 p.m. ET.

If you want to see the full schedule of when each position group will be testing at the combine, be sure to click here.