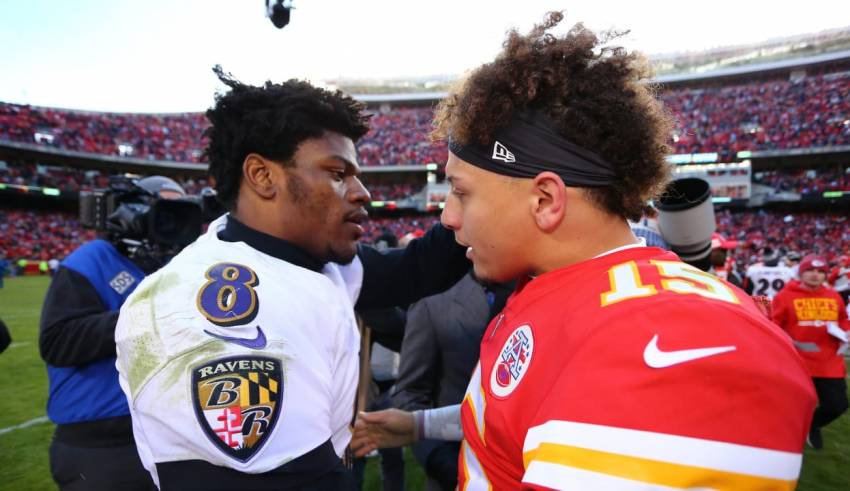 It may not be a traditional rivalry, but there’s little doubt that when the Kansas City Chiefs and Baltimore Ravens clash next season, the football world will be watching. The two squads – each led by a recent league MVP at quarterback and with just six losses between them in 2019 – possess arguably the brightest futures in the NFL today.

That’s why NFL.com’s Adam Rank named Chiefs vs. Ravens as the top rivalry in the NFL headed into the 2020 season, citing each team’s star signal caller as the catalyst for the league’s top head-to-head matchup.

Here’s a portion of what Rank had to say about the budding rivalry:

“Patrick Mahomes and Lamar Jackson are already the next great AFC quarterback rivalry, following in the footsteps of Tom Brady and Peyton Manning. Some of you might think I’m jumping the gun here, but I’m not. Mahomes and Jackson have captured the last two NFL MVP awards. Mahomes went from winning league MVP in his first season as a starter to winning Super Bowl MVP in his second. That’s the NFL equivalent of putting out Star Wars and following that up with The Empire Strikes Back.”

Mahomes is also 2-0 against Jackson in his young career, defeating the Ravens in comeback fashion in 2018 before dealing Baltimore one of just two regular-season losses last year. In fact, Jackson has lost just three regular-season games across 22 starts in his young career, with two of those losses coming at the hands of Mahomes and the Chiefs. Both games were chock-full of the excitement one would expect from such a matchup, and luckily for football fans, the two teams will face off yet again next year in the regular season.

Report: No consensus yet on NBA return-to-play plan – NBA.com