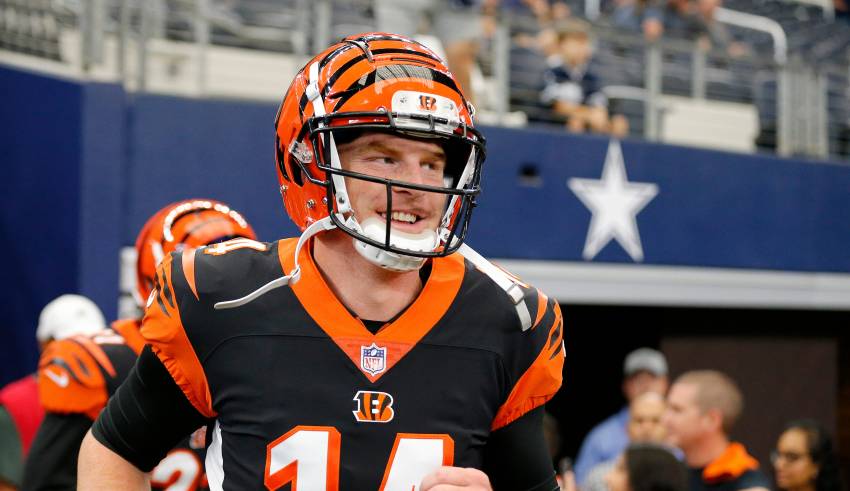 With the NFL draft complete and few prominent free agents still searching for jobs, rosters around the league are tentatively set heading into training camp.

Naturally, no positional depth chart invites more scrutiny than quarterback – especially at a time when several superstar passers are changing addresses while four first-rounders are on the way to their environs. While unemployed former MVP Cam Newton could alter the landscape depending on where he lands – former Super Bowl MVP Joe Flacco is also waiting for his phone to ring – here’s how the QB depth charts rank league-wide, worst to first, following the draft:

32. Seattle Seahawks: Undrafted Anthony Gordon, who took over for Gardner Minshew II at Washington State last season, is the only quarterback on this roster not named Russell Wilson. Hard to believe Seattle won’t eventually reach out to a veteran like Josh McCown, Blake Bortles or last year’s backup, Geno Smith.

30. Jacksonville Jaguars: Joshua Dobbs (who at least started in the SEC at Tennessee) and rookie Jake Luton offer little in the way of significant upside or NFL experience behind Minshew.

29. Cincinnati Bengals: Ryan Finley was basically horrendous in three starts as a rookie in 2019 while temporarily replacing Andy Dalton. Still, with Dalton gone, Finley may have the inside track over untested Jake Dolegala for the No. 2 job with top draft pick Joe Burrow’s path to the starting gig now clear.

28. Los Angeles Rams: Barring the return of Bortles, they don’t have anyone on the roster aside from starter Jared Goff who’s thrown a regular-season pass in the NFL. But worth noting John Wolford did start for the Arizona Hotshots of the defunct Alliance of American Football last year.

SIGN UP NOW: The NFL newsletter keeps you up to date on everything in the league

AGELESS LEGEND: An ode to the indefatigable Frank Gore, who could soon be playing alongside his son

26. Denver Broncos: Journeyman Jeff Driskel is 1-7 as an NFL starter but at least provides experience in several systems and plus athleticism behind Drew Lock. Brett Rypien and Riley Neal hope to unseat Driskel.

23. Buffalo Bills: Rookie Jake Fromm was a fifth-round pick, but his intangibles and impressive track record at Georgia could allow him to beat out Matt Barkley – he’s kicked around the league for seven years despite his own physical shortcomings. Practice squad vet Davis Webb is in the mix.

21. Tampa Bay Buccaneers: If Tom Brady goes down, does anyone believe Blaine Gabbert or Ryan Griffin is capable of an extended salvage operation?

19. New York Giants: Eli Manning is retired, but youngster Daniel Jones has decent understudies given the arrival of longtime clipboard carrier Colt McCoy and Tuesday’s pickup of ex-Cowboy Cooper Rush, who’s best attribute is his familiarity with the offense new coordinator Jason Garrett is likely to bring from Dallas.

18. Pittsburgh Steelers: Glass half full? The Mason Rudolph-Duck Hodges combo nearly helped them limp into the playoffs last year. Glass half empty? The duo is sufficiently flawed that it would come as little surprise if Paxton Lynch and/or J.T. Barrett climb the depth chart to backstop now healthy Ben Roethlisberger.

17. Atlanta Falcons: It’s been eight years since Matt Schaub, 38, was a Pro Bowler in Houston. Still, even though he’s four years older than starter Matt Ryan, Schaub looked surprisingly spry in spot duty last year and doesn’t seem to have a legitimate challenger.

16. Carolina Panthers: Could XFL star P.J. Walker make a bid to end Teddy Bridgewater’s reign before it begins? It’s a situation worth monitoring.

15. Green Bay Packers: They made the controversial decision to move up for Jordan Love in Round 1 of the draft, a clear signal GM Brian Gutekunst believes the Utah State product can one day supplant Aaron Rodgers. Whether Love is immediately ready to wrest the backup job from Tim Boyle remains to be seen.

13. Baltimore Ravens: Robert Griffin III hasn’t shown much since his electric 2012 rookie campaign in Washington. Still, he’s healthy again and has a skill set that could enable him to effectively operate an offense tailored to reigning dual-threat MVP Lamar Jackson. Second-year Penn State product Trace McSorley might also be capable of filling in in a pinch.

11. New England Patriots: Assuming Jarrett Stidham is anointed to replace Brady, the Pats should have one of the game’s more accomplished backups in Brian Hoyer, who managed to go 10-6 during two years in Cleveland – quite an accomplishment – before leading Houston to a division title in 2015.

10. San Francisco 49ers: Neither C.J. Beathard nor Nick Mullens is a household name. But both have shown enough ability over the years to emerge as an eventual trade target for a team that unexpectedly finds itself decimated under center.

9. Washington Redskins: One of the few fluid situations in the league, new coach Ron Rivera recently equivocated about his interest in reuniting with Newton. For now, another of Rivera’s ex-Panthers, Kyle Allen – he looked solid in relief of Newton last year before a rude awakening in the season’s second half – projects as the primary alternative to Dwayne Haskins Jr. But the other wild card here is Alex Smith, who’s still trying to come back from his devastating 2018 leg injury. At minimum, he’s a trusted source for the kids to lean on. Best case, he’s a former Pro Bowler who could raise the overall level of competition.

8. Chicago Bears: Super Bowl LII MVP Nick Foles may be the greatest “career backup” in NFL history. Yet even money Foles beats out nominal starter Mitch Trubisky for the top job, which would leave the streaky No. 2 pick of the 2017 draft in a lame duck situation that could be difficult to navigate.

7. Los Angeles Chargers: Given their divergent scouting reports, only time will tell if first-rounder Justin Herbert is as good a prospect as Tua Tagovailoa, though his entry into the league should be optimized by the Bolts’ superior supporting cast. Former North Dakota State star Easton Stick could find himself relegated to the practice squad this year.

6. Las Vegas Raiders: The No. 2 pick of the 2015 draft, Marcus Mariota underachieved in Tennessee before being replaced by Tannehill but was undermined by injuries and a coaching staff that was in near-constant flux during his time in Nashville. Mariota still has the goods to be this year’s version of Tannehill if he settles in behind precariously perched Derek Carr.

5. Cleveland Browns: Case Keenum, who worked with new coach Kevin Stefanski in Minnesota, might be one of the offseason’s shrewdest signings if he can help to quickly bring Baker Mayfield up to speed on the playbook. Garrett Gilbert, the presumptive MVP of the AAF in 2019, is 28 but still tantalizing.

4. Indianapolis Colts: Hard to devise a much better formula for a QB room than one led by a Hall of Fame-caliber starter (Philip Rivers) in front of a reliable backup (Jacoby Brissett) and two intriguing prospects (Jacob Eason, Chad Kelly) who need ample time to learn if they’re to fulfill their potential.

3. Miami Dolphins: No. 5 overall pick Tagovailoa is the future – quite possibly representing a bright one – but that fate might be on hold for another year as he continues recovering from the hip injury that derailed his final season at Alabama. Josh Rosen, the draft’s tenth overall pick in 2018 by Arizona, remains a compelling prospect and possibly trade bait. But following his arrival last year, he was unable to overtake grizzled vet Ryan Fitzpatrick.

2. Dallas Cowboys: The signing of Dalton, a three-time Pro Bowler, not only means a first-rate insurance policy, but new coach Mike McCarthy also now has a steady hand on deck for training camp in the event starter Dak Prescott wages a holdout deep into the summer.

1. New Orleans Saints: Jameis Winston’s arrival makes this the first team to have a pair of 5,000-yard passers on its roster. Winston, who led the NFL in passing yards (5,109) in 2019 has obvious flaws in his game, namely his proclivity for turnovers (league-worst 30 INTs in 2019). But given time to re-calibrate his estimable tools under Sean Payton’s watch, maybe it’s Winston – and not highly compensated gadget guy Taysom Hill, who threw six passes last year – who emerges as Drew Brees’ eventual successor.