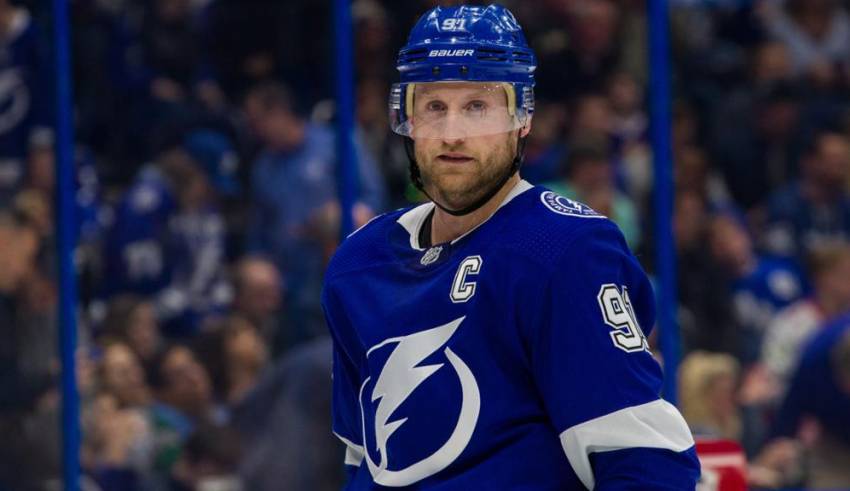 Steven Stamkos will be out 6-8 weeks for the Tampa Bay Lightning because of a core muscle injury.

The center will have surgery Monday. The recovery time would cause him to miss the rest of the regular season and likely the Eastern Conference First Round of the Stanley Cup Playoffs.

“It’s just tough, the timing for him, it’s so close to the end of the season, but if it wasn’t required, if it wasn’t the best thing for him, we wouldn’t be doing it,” Tampa Bay coach Jon Cooper said. “You are always looking out for the player first.”

“It’s huge news,” Tampa Bay forward Yanni Gourde said. “Steven is obviously big for us. He’s such a great player for us throughout this season by the way he plays and his leadership. We are going to miss him for sure, not just on the power play but also 5-on-5 because he’s winning so many draws.”

The Lightning (41-19-5) defeated the Calgary Flames 4-3 on Saturday. Tampa Bay is second in the Atlantic Division, seven points behind the Boston Bruins and nine ahead of the Toronto Maple Leafs.

“You are not going to replace him, he’s one of the best in the world at what he does, so we’re taking some goals out of the lineup for us, and it’s up to us as coaches to put guys in positions where they could succeed,” Cooper said. “Tonight was a good step in that regard, but we just have to keep plugging away here until he gets back.”

Before a 5-2 loss to the Chicago Blackhawks on Thursday, Cooper said Stamkos was “game by game until we figure out what we’re dealing with. Instead of continuing to fight through it, let’s get to the crux of it.”

“He has been pretty unlucky with injuries at some inopportune times,” Tampa Bay forward Tyler Johnson said. “You’re not necessarily going to fill that hole, everyone’s going to have to have a little bit more of a role and step up. Hopefully he can have a quick recovery here and hopefully come back a little bit sooner. As far as our team goes, we just have to keep rolling and keep on stepping up and keep on playing the right way.”

“You feel horrible for him and the amount of games that he’s lost, but credit to him he’s always come back really strong,” Tampa Bay forward Alex Killorn said. “And I think that just speaks to his character.”

“He’s a leader, he’s been with his franchise for so long he sets the standard for most guys on this team,” Killorn said. “But there are plenty of leaders on this team and we’ve got a couple of new and veteran guys, so that will help.”Stamkos won the Rocket Richard Trophy as the leading goal-scorer in the NHL twice: in 2009-10, when he scored 51 goals, and in 2011-12, when he scored an NHL career-high 60 goals.