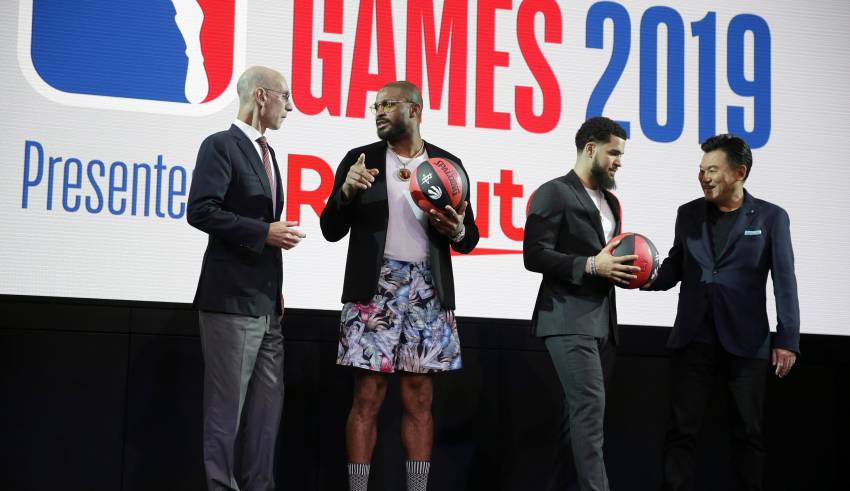 Depending on which language it was read in, the league’s words had very different meaning.

A politically charged disagreement over Morey’s tweet that showed support for Hong Kong anti-government protesters got an additional wrinkle when the NBA posted a statement Monday on Weibo — a Twitter-like microblogging site used in China — saying the league was “extremely disappointed” by what it called an “inappropriate” comment. The same post said the NBA’s stance was that Morey’s view “severely hurt the feelings of Chinese fans.”

Thing is, the league never actually said those words.

NBA spokesman Mike Bass’ statement, which had only one version and was delivered in English, began like this: “We recognize that the views expressed by Houston Rockets General Manager Daryl Morey have deeply offended many of our friends and fans in China, which is regrettable.”

It continued, but never said “extremely disappointed,” ″inappropriate” or “severely hurt the feelings” of anyone.

“There should be no discrepancy on the statement issued last night,” Bass said Monday. “We have seen various interpretations of the translation of the Mandarin version, but our statement in English is the league’s official statement.”

The “hurt feelings” phrase is commonly used by Chinese authorities to describe perceived gaffes by foreign parties. Similar phrasing was used by Mercedes-Benz in February 2018 when it had to apologize for quoting the Tibetan spiritual leader, the Dalai Lama, in a social media post. The auto company apologized for “wrong information” that “hurt the feelings of Chinese people.”

Morey tweeted a now-deleted image that read “Fight for Freedom. Stand with Hong Kong,” in reference to four months of pro-democracy demonstrations in the semiautonomous Chinese territory, which has been mired in escalating violence between protesters and law enforcement.

As a result of the tweet, the Chinese Basketball Association — whose president is Yao Ming, the former Rockets center — said Sunday it was suspending its relationship with the team, and Chinese media giant Tencent and Chinese state television said they would no longer be broadcasting Rockets games.

Fallout continued Monday when two NBA G League games between Houston’s affiliate and Dallas’ affiliate, scheduled to be played this month in China, were canceled.

Scott Kennedy, a Senior Adviser and Trustee Chair in Chinese Business and Economics at the Center for Strategic and International Studies in Washington, said nuance can be extremely important when converting English to Mandarin and vice versa.

“As U.S.-China relations deteriorate and both sides sort of move into this nationalistic crouch, the difficulty of speaking to broad audiences in both the United States and China without offending at least one of them is extremely difficult,” Kennedy said. “Sometimes when you try to use nuance, what you do is mollify one side while upsetting the other. And so a turn of a phrase in one language or another is potentially going to get some party in one of the countries extremely upset.”

The divergent language in the NBA’s Chinese Weibo statement appears to be an effort to assuage people in China who have expressed outrage over Morey’s initial tweet, though Monday’s post appeared to be insufficient for many on Weibo. Commenters accused Morey of supporting Hong Kong independence and called on Chinese basketball fans to boycott the NBA.

Morey’s tweet prompted a wave of censure from Chinese companies.

A search Monday for Houston Rockets merchandise on Chinese e-commerce platform Taobao turned up zero results. Li-Ning, a major Chinese sporting goods brand, said in a statement Sunday it was suspending cooperation with the Rockets because of Morey’s “mistaken remarks.” Hupu, a sports news website, has likewise suspended all coverage of the Rockets and locked the section of its website previously dedicated to the team.

Meanwhile, some U.S. lawmakers and even Democratic presidential candidate Julian Castro have condemned the NBA for succumbing to Chinese censorship. The NBA has allowed and even encouraged its players and coaches to be outspoken on social and political issues in the United States, which makes this move stand out.

House Minority Leader Kevin McCarthy, R-Calif., lashed out at the NBA for its response and accused the league of bowing to China in order to protect economic interests. McCarthy tweeted that “the NBA seems more worried about losing business than standing up for freedom. Shameful.”

A former British colony, Hong Kong was returned to China in 1997 under the framework of “one country, two systems,” which promises the territory certain democratic freedoms not afforded to the mainland. Some anti-government protesters in recent months have violently expressed their opposition to the ruling Communist Party.