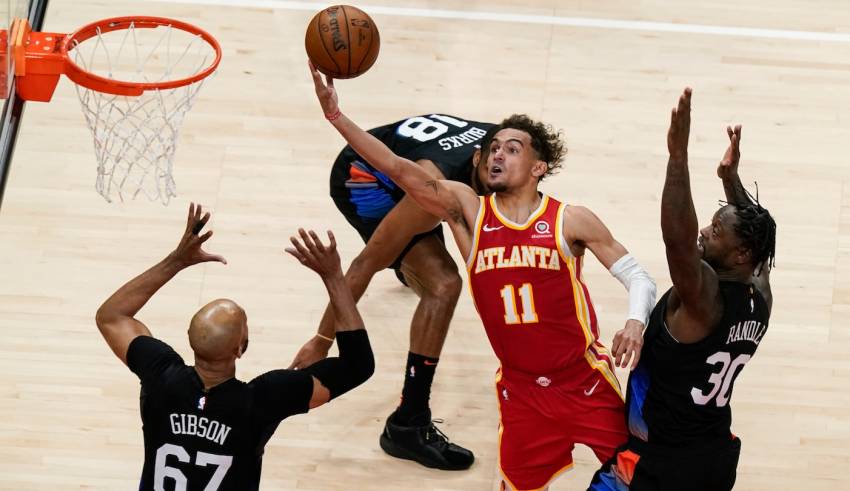 This is an excerpt from Ben Golliver’s NBA Post Up weekly newsletter. Sign up to get the latest news and commentary and the best high jinks from #NBATwitter and R/NBA delivered to your inbox every Monday.

While it’s no surprise to see LeBron James, Stephen Curry and Kevin Durant as headliners, this year’s television slate features plenty of new wrinkles. The league and its media partners are betting big on several teams that were overlooked in recent years as they seek to position the next generation of stars. At the same time, the league has pivoted away from other organizations because of unfulfilled expectations or injuries.

Here’s a rundown of this year’s national television darlings and duds. Appearance numbers do not include games broadcast on NBA TV.

New York Knicks: All it took was one decent season and one respectable offseason to vault the Knicks back onto center stage. Julius Randle and company will make 22 national appearances this season after being penciled in for just one during the first half of the 2020-21 season. Although the Knicks seem to be a cut below the Eastern Conference’s top contenders when it comes to firepower and experience, Kemba Walker’s arrival and the lively Madison Square Garden crowd should make for compelling TV.

Atlanta Hawks: The NBA has treated Atlanta’s unexpected run to the East finals as if it was not a fluke. Trae Young was masterful at times during the 2021 playoffs, and his Hawks will make 14 national appearances this season after being featured just twice in 2019-20. The 22-year-old Young rose to 11th in jersey sales during the second half of last season, and even bigger things could be on the horizon with an opening week showdown against Luka Doncic and a playoff rematch with the Knicks on Christmas.

Phoenix Suns: The formula is simple: Chris Paul equals wins, and wins equal attention. The defending Western Conference champs will play 23 nationally televised games in 2021-22, up dramatically from their lone national appearance in 2019-20, the year before Paul’s arrival. Devin Booker, Deandre Ayton, Mikal Bridges and the rest of Phoenix’s young core will enjoy added visibility during a Christmas matchup with Curry’s Warriors and an opening week playoff rematch with reigning MVP Nikola Jokic and the Denver Nuggets.

Memphis Grizzlies: Thanks to his athleticism, moxie and leadership, Ja Morant has the potential to become a full-fledged superstar with global reach. The 22-year-old guard flew under the radar because of an early injury, but he still ranked 14th in second-half jersey sales and led an electric run into the playoffs. The small-market Grizzlies are set for seven national appearances and could become regulars if Morant’s popularity can rival the likes of Young and Doncic.

Chicago Bulls: Much like the Knicks, the Bulls spent several losing seasons mired in irrelevance before showing signs of life last season. Chicago crumbled down the stretch, but it brought in DeMar DeRozan, Lonzo Ball and Alex Caruso as part of an aggressive offseason overhaul. That effort earned Chicago, which is seeking its first playoff trip since 2017, five national appearances. The NBA isn’t totally sold yet; it snubbed Zach LaVine and his new-look supporting cast from Christmas and the high-profile opening week games.

New Orleans Pelicans: Did the Zion Williamson hype bubble burst already? During Williamson’s rookie season, the Pelicans were scheduled for 20 national appearances, including on opening night and Christmas. Two years later, the Pelicans have lagged in the standings and endured a pair of coaching changes even though Williamson has become an all-star. As a result, New Orleans is down to only 10 national appearances. To recapture the spotlight, Williamson must lead a winner.

Houston Rockets: What’s the difference between an established franchise player and an aspiring one? In 2019-20, James Harden’s final full season in town, Houston was scheduled for 26 national appearances. This year, the rebuilding Rockets will get just one. While No. 2 pick Jalen Green had dazzling moments in the Las Vegas Summer League, his rookie campaign will mostly air on League Pass.

Los Angeles Clippers: Despite reaching the West finals for the first time in franchise history, the Clippers have fallen out of the league’s top television tier. Blame Kawhi Leonard’s extended absence after ACL surgery for their drop from 26 scheduled appearances in 2019-20 to 15 this year. This coverage crunch could be a blessing in disguise: Paul George and Reggie Jackson thrived in the 2021 playoffs once expectations diminished following Leonard’s injury.