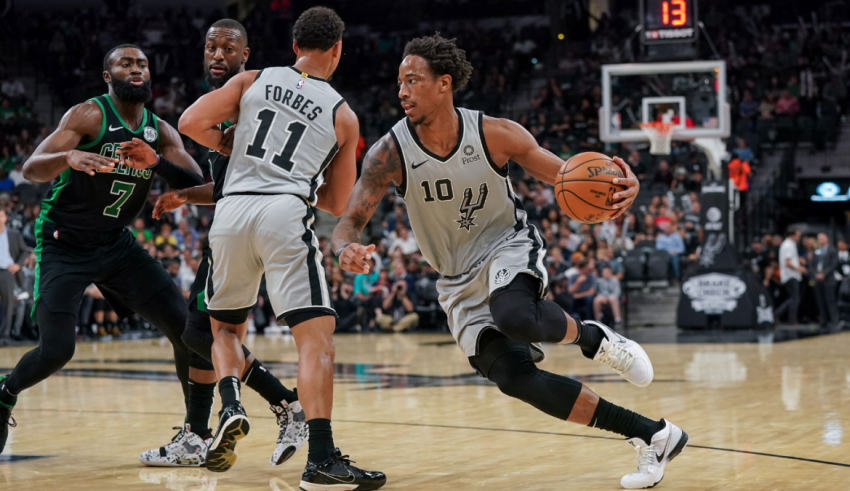 After cracking the playoffs last season and looking like a team on the rise, the Orlando Magic are off to a 3-7 start and rank as the second-worst offense in the league — only the Knicks are worse — at 99.8 points per 100 possessions. Scoring, very clearly, is an issue, and a lack of shooting is at the core of that problem.

Terrence Ross had a career year last season, averaging over 15 points on 38-percent 3-point shooting. This year Ross is averaging eight points a game while shooting 22 percent from deep. It’s not all Ross, but he covered for a lack of shooting and spacing to a pretty heavy extent. Evan Fournier, who is thankfully shooting 40 percent from deep so far this season, is the only other real floor spacer in the starting lineup after DJ Augustin was moved to the bench in favor of Markelle Fultz.

“You look at Aaron Gordon, Jonathan Issac, [Nikola] Vucevic, those guys can make shots, but they don’t really scare anyone as a shooter,” an Eastern Conference scout recently told CBS Sports. “So all those defenders are kind of cheating back into the paint, and then you have the Markelle Fultz factor where teams are going under screens at the free throw line area. So there just isn’t a lot of shooting or spacing to work with, and when Ross isn’t making things happen, it’s really tough for them to score.”

With this in mind, the Magic are “scouring the trade market for scoring help,” per Kevin O’Connor of The Ringer, and one player they’re particularly interested in is DeMar DeRozan. From O’Connor:

Multiple league sources say the Magic are scouring the trade market for scoring help and have already expressed interest in trading for DeRozan. … It would surprise none of the front-office executives I’ve spoken with if the Spurs did move DeRozan.

DeRozan would obviously address some of Orlando’s pure scoring issues, but he wouldn’t necessarily change their spacing all that much. Amazingly, he hasn’t made a single 3-pointer this season. He’s only attempted four of them. Worse, the Magic’s lack of real spacing around DeRozan would further pinch his mid-range operating room.

Also, DeRozan could walk next summer a free agent anyway, assuming he turns down his $27.7 million player option. That’s what would perhaps make the Spurs eager to deal him in the first place, to avoid losing him for nothing six months from now. Also, San Antonio probably isn’t planning its future around DeRozan, or perhaps even LaMarcus Aldridge. Derrick White, Dejounte Murray and Bryn Forbes are the future, and last year’s first-round pick Lonnie Walker is hardly getting off the bench.

Depending on what the Magic would have to give up (Aaron Gordon, perhaps?), DeRozan is interesting, but certainly not a cure-all solution. Personally, I’d be trying to get with the Warriors for a D’Angelo Russell deal. The Magic have needed an All-Star point guard for years, and Russell fits the bill from both a youth and production standpoint — particularly with the length Orlando has to cover for him defensively.

Who knows if the Warriors are even at a place where they would talk about moving Russell, and maybe that’s just my crazy idea. But building around Russell (just as an example), who is locked up for the next four years, would seemingly be more attractive than going big for DeRozan as a potential one-year rental. Then again, maybe Orlando would pay him enough to stay long-term. Lots of stuff could play a role in this hypothetical, but for now, it appears the Magic are at least very interested.