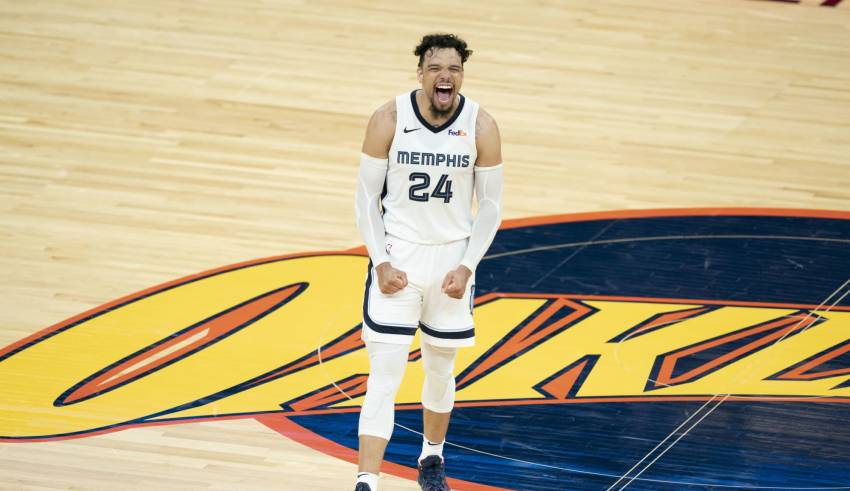 The Memphis Grizzlies made a return to the NBA Playoffs a year ago and will be looking to continue that momentum heading into the 2021-22 season. Although, that is very hard to do if the Grizzlies elect to trade a couple of their biggest contributors of last season.

This report, at the very least, is somewhat confusing. Brooks was the team’s second-leading scorer last season and Anderson started nearly every game for Memphis.

More from Sir Charles In Charge

Making sense of the Memphis Grizzlies’ openness to make a trade

Trading Brooks and/or Anderson wouldn’t make much sense. And that’s why there’s probably added context that we’re not getting with this report.

However, if there was another reason why Memphis would be open to trading either one of them, you can look at their current contract situations.

Anderson is a free agent after this season and Brooks only has two years remaining on his deal. If the Grizzlies don’t feel good about their ability to extend either one and want to get ahead of losing them for nothing on the open market, perhaps a trade would make sense.

Still, I don’t think the Grizzlies would be willing to make a deal simply for the fact of making a deal. A trade of Anderson or Brooks would have to be prompted by an outside element, one that I’m not sure exists at the moment.

Even if the Grizzlies really like Ziaire Williams and Desmond Bane as prospects, it wouldn’t make much sense to trade Anderson or Brooks just yet.

While there’s likely some truth to this report, I believe it should absolutely be taken with a grain of salt at the moment.