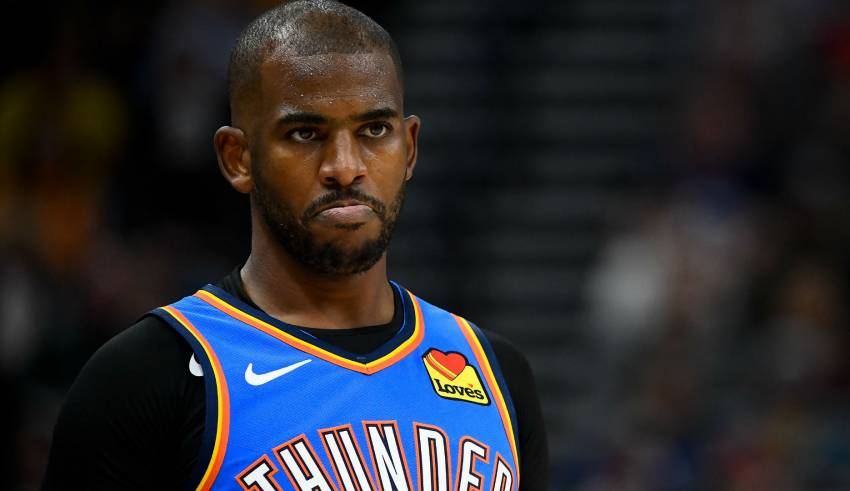 On the same day the NBA finalized details for the 2020-21 season, three significant trade rumors circulated around the league.

Reports on Tuesday suggested possible moves for the Suns and Knicks among other teams. The 2020 NBA Draft is next Wednesday, and with a shortened offseason set to conclude Dec. 22, important moves could come in a flurry of activity.

Here are the key NBA trade rumors to come out of Tuesday:

Chris Paul to the Suns

Brian Windhorst of ESPN reported Tuesday afternoon that the Suns have “had discussions” with the Thunder about acquiring veteran point guard Chris Paul. What Oklahoma City would get in return for Paul, who is due $85.5 million over the next two years, is unclear.

Phoenix saw the Thunder unexpectedly vault into the playoffs last year with Paul providing valuable leadership alongside rising star Shai Gilgeous-Alexander. Its own postseason push fell just short, and with cap space to burn, the team perhaps sees the 10-time All-Star as someone who can provide the same lift from Talking Stick Resort Arena.

Oklahoma City, meanwhile, sits in a wonderful position. The franchise has a laughable amount of future first-round draft picks from the Paul George blockbuster deal in 2019 as well as a cornerstone in Gilgeous-Alexander. It can choose to roll with Paul for another year to ensure another playoff berth or try to extract a meaningful trade return. Either way, the Thunder are set up well moving forward.

Russell Westbrook to the Knicks (or Clippers)

Kevin O’Connor dropped a juicy tidbit about Russell Westbrook in his latest podcast appearance for The Ringer, citing sources who told him the Knicks and Clippers could probably trade for the point guard if they want him.

The Rockets, Knicks and Clippers each occupy uncomfortable positions this offseason. Houston just jettisoned general manager Daryl Morey and has a roster built around James Harden sliding the wrong direction. New York is in a perpetual state of dysfunction — we’d need a whole column to break down the Knicks’ issues. Los Angeles blew a 3-1 playoff series lead to the Nuggets in September and must quickly regroup.

Westbrook is in the midst of a fascinating career journey from chaotic great to chaotic good to chaotic bad. Where he is on that spectrum right now is up for debate and will ultimately determine his trade value.

It would be strange for the Knicks, who have few consistent shooters, to pursue him. And the Clippers have perhaps his biggest NBA enemy on their roster in Patrick Beverley.

But if Houston is set on sending Westbrook elsewhere, there would almost certainly be suitors somewhere, even if it’s not New York or LA.

Free agent forward Davis Bertans hit 42.4 percent of his shots from beyond the arc this past season in Washington and averaged 15.4 points per game — almost twice his previous career-best mark. At 6-10 with that kind of range, he’s going to get attention on the open market. NBC Sports Washington reported Tuesday that the focus from around the NBA might include interest in a sign-and-trade move between the Wizards and “two Eastern Conference teams and one from the West.”