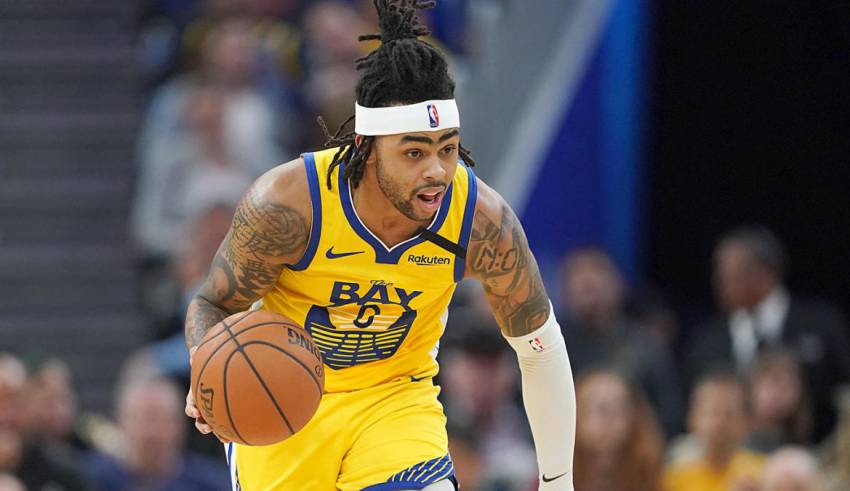 The Feb. 6 NBA trade deadline is fast approaching, and we’ll soon find out which teams have made moves to position themselves for a deep playoff run, and which ones are selling off assets to focus on the draft and free agency. There are more buyers than sellers at this point in the season, with only a few games separating several teams in both the East and the West. However, that could change in an instance with a single trade, completely re-shaping the rest of the season.

Until then, though, here is the latest roundup of rumors heading into the trade deadline.

The Minnesota Timberwolves have long been interested in Russell, and were close to signing him last summer before the Warriors spoiled their plans. The Wolves’ interest in Russell’s services hasn’t waned, as adding a starting point guard of his caliber to pair with Karl-Anthony Towns has been the franchise’s top goal all season, per The Athletic’s Shams Charania. He reports that Golden State is looking for a huge haul in return for Russell, that would include significant draft compensation, but Minnesota is wary of giving up too much for just Russell. The New York Knicks are reportedly also interested in the 23-year-old guard, and have discussed potential trade packages with the Warriors, according to Charania. Russell is having a career year, putting up 23.8 points and 6.3 assists while dealing with various injuries on an injury-riddled Warriors team. Despite all the chatter, though, Golden State may wait to trade Russell until the summer when more teams can offer enticing deals. Golden State is also expected to trade Glenn Robinson III and Alec Burks before the deadline, according to New York Times’ Marc Stein.

The Mavericks are short on wing depth. Dorian Finney-Smith is their only real wing defender, and Dallas would like to make an upgrade in that regard, according to Marc Stein of the New York Times. That upgrade just won’t be a costly one. The Mavericks aren’t likely to pursue Andre Iguodala, nor have they reached out to the Timberwolves about Robert Covington, according to Stein. Another name unlikely to join Dallas, at least on paper, would be Jae Crowder. The Grizzlies are seeking a first-round pick for him, according to ESPN’s Zach Lowe, so that likely places him outside of Dallas’ price range. The Mavericks have Courtney Lee’s hefty $12.75 million expiring contract to dangle alongside Golden State’s valuable 2020 second-round pick. They’ll be able to find an upgrade if they want to, even if it isn’t one as substantial as Iguodala or Covington.

Miami is never satisfied, and it is sure to be active at the deadline. A name to watch is Danilo Gallinari of the Oklahoma City Thunder, whom the Heat have asked about, according to ESPN’s Zach Lowe. A price isn’t listed, though one of their larger expiring contracts (Goran Dragic or Meyers Leonard) would likely have to be involved to make a deal work financially. If the Thunder were to trade Gallinari, they would likely demand either a first-round pick or a valuable young player in return. The Heat lack the former, as they’ve already dealt two of their own picks, but are flush with the latter. Bam Adebayo is likely untouchable. Tyler Herro and Kendrick Nunn appear to be as well, but perhaps Duncan Robinson, Justise Winslow or Derrick Jones Jr. could entice the Thunder.

The Houston Rockets are reportedly shopping Clint Capela, and they’re looking to add a solid wing player and a center in return for their starting big man, as reported by ESPN’s Adrian Wojnarowski. The Atlanta Hawks have expressed interest in the 25-year-old center, who is under contract until 2023. The Hawks have previously been in trade discussions with the Detroit Pistons for Andre Drummond, but those have slowed down. Atlanta is looking for a young center who would pair perfectly with their All-Star guard Trae Young, and the three years remaining on Capela’s contract is likely more appealing than the player option that Drummond can opt out of this summer.

Another Capela suitor? The Boston Celtics, according to Wojnarowski. Given their salary structure, constructing a trade will be difficult for them. Doing so would likely require the participation of a third team. Boston owns all of its own first-round picks in addition to Milwaukee’s and Memphis’ (top-six protected) this season, so if they can make the finances work, they have the assets to make a trade.

As one of the last remaining pieces from the 2016 Cleveland Cavaliers championship team, Thompson might finally be on the move before the trade deadline. Thompson’s having arguably the best season of his nine-year career, putting up 11.9 points and 10.4 rebounds on a rebuilding Cavaliers team, and according to Yahoo Sports’ Chris Haynes, Cleveland is willing to listen to trade offers for him. Thompson would be valuable to a number of contending teams looking for a defensive and rebounding big, and his expiring contract is an attractive asset. Per Haynes, Cleveland is in “asset accumulation mode,” as this franchise tries to take steps toward becoming a contending team through the draft and free agency.

It wasn’t long ago when it looked like Holiday and Redick could’ve been on the move after the Pelicans got out to a disastrous 11-23 start through the first two months of the season. However, the recent emergence of Brandon Ingram that has garnered him an All-Star spot in next week’s festivities along with the return of No. 1 overall pick Zion Williamson have the Pelicans 4.5 games outside the No. 8 seed in the West. With the recent turnaround, Holiday has reportedly made it clear that he’s happy in New Orleans, and teams who have inquired about Redick have reportedly been “shooed away”, per ESPN’s Zach Lowe. Both veterans would likely net quality returns from a contending team, but if New Orleans is set on trying to make the playoffs this season, then moving either one of them probably isn’t ideal.

Covington remains one of the hottest commodities on the trade market ahead of Thursday’s deadline, and the Timberwolves are trying to use that to their advantage. Minnesota is reportedly asking for two first-round picks in exchange for the 3-and-D services of Covington, according to the New York Times’ Marc Stein. The teams at the front most likely to deal for Covington are the Rockets and 76ers, as reported by Stein, while the Dallas Mavericks and Milwaukee Bucks are also in the mix, per The Athletic’s Shams Charania. There’s concern with trading for Covington, though, as the 29-year-old underwent knee surgery last season that limited him to just 35 games last season. However, Covington has only missed one game this season, but his numbers on offense have dipped across the board. He’s still one of the best defensive players on the market who can knock down 3s, but it all depends on who is willing to give up the most for him.

Teams who are looking to add scoring forwards may not be able to pry Morris or Bertans away from their respective teams. The Knicks are reportedly “enthusiastic” about re-signing Morris when he becomes a free agent this summer, but if the right trade comes along the Knicks are open to listening, per ESPN’s Adrian Wojnarowski. For Bertans, the Washington Wizards have maintained that they’re not listening to deals on the sharpshooting forward as they look to re-sign him in the offseason when he becomes a free agent. Bertans could, of course, sign anywhere he wants this summer as an unrestricted free agent, and there are several contending teams who are vying for his services ahead of the trade deadline, but the Wizards are not budging on making him available in trade talks, per Sports Illustrated‘s Chris Mannix.