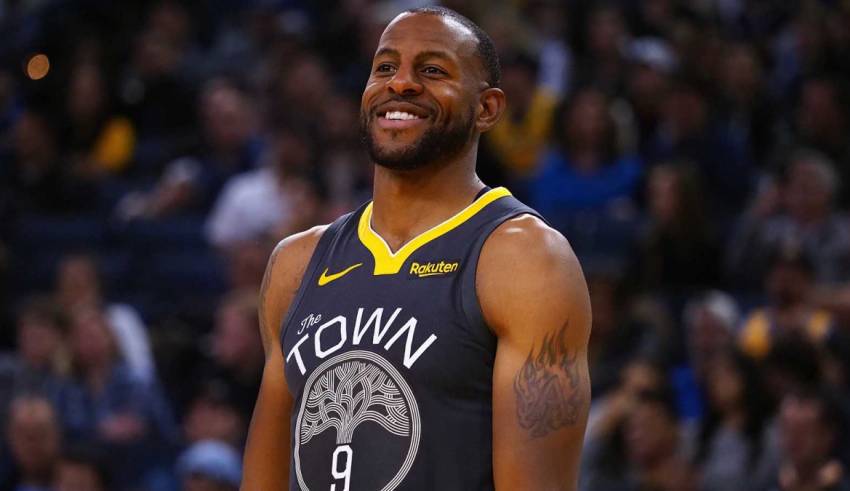 It’s deadline day! Here at The Crossover’s 2020 NBA trade deadline live blog, we are providing instant analysis on reports and rumors all day. The Rockets, Hawks, Timberwolves and Nuggets agreed to terms on a four-team, 12-player deal late Tuesday night—one of the biggest trades in NBA history. While the Grizzlies traded Andre Iguodala to the Heat in exchange for Justise Winslow, according to ESPN’s Adrian Wojnarowski. Iguodala has also agreed to a two-year, $30 million contract extension with Miami that includes a team option in 2021-22, according to The Athletic’s Shams Charania. In addition, the Heat and Grizzlies are reportedly working with Oklahoma City on an “elaborate” three-team deal that would bring the Thunder’s Danilo Gallinari to Miami along with Iguodala. To make the deal work, Miami may have to release protections on a 2023 first-round pick the Heat owe the Thunder, Wojnarowski reports. In a smaller transaction, the Warriors are trading Alec Burks and Glenn Robinson III to the Philadelphia 76ers in exchange for three second-round picks.

If you want to keep up with every second of the madness as it happens, check out our live blog below, which features instant reactions in real-time to all the deadline hoopla.

8:05: Heat working on extension with Gallinari to complete three-team trade

Pat Riley is definitely going for it this season with the addition of Andre Iguodala and the hopes of acquiring the Thunder’s Danilo Gallinari. This team is going to be dangerous in the playoffs with Jimmy and Iggy both defending the ball. Iguodala sounded genuinely happy about heading to South Beach in a video from The Undefeated’s Marc Spears:

“I’m really excited about that. Jimmy Butler obviously proved to be one of those guys who is looked at as different but very well-respected in terms of the passion and hard work that he brings out to the game. I feel like his temperament and the values that he have really resonates with the Miami Heat.”

He also talked about his excitement about working with the younger players on the Heat’s roster such as Bam—a little shot at his former young Grizzlies teammates.