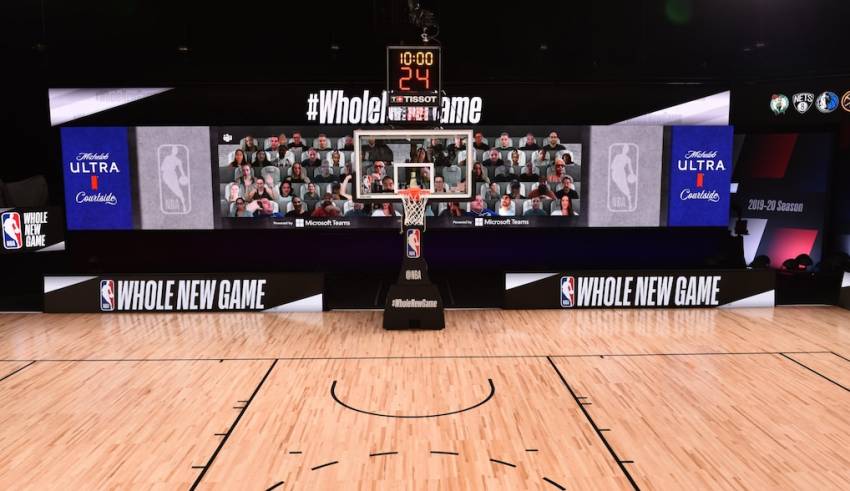 NEW YORK — The National Basketball Association (NBA) announced today a multidimensional plan for in-venue and broadcast enhancements for the resumption of the 2019-20 season, highlighting a whole new game with a more connected and immersive experience for fans.

While fans won’t be physically present at the ESPN Wide World of Sports Complex, more than 300 NBA fans each game will be invited to appear live on the “Michelob ULTRA Courtside” 17-foot video boards surrounding the court.  Those fans will have the opportunity to digitally interact with each other throughout the game using Microsoft’s “Together mode” to create a virtual experience by removing fans from their individual backgrounds and bringing them together in a shared visual space that will be seen through the broadcast and in the venue.  This new experience—the first to go live as a result of the NBA’s strategic alliance with Microsoft—gives participating fans the feeling of sitting next to one another at a live game without leaving the comfort and safety of their homes, while players experience their energy and support in-venue.  As previously announced, Michelob ULTRA – the official beer partner of the NBA that stands for active enjoyment – is tipping off its new multiyear partnership and presenting the league’s virtual fan experience, bringing fans closer to the game.

In collaboration with broadcast partners ESPN and Turner Sports, more than 30 cameras, including many in robotic form, will be repositioned closer to the court and showcase never-before-seen camera angles in places that are otherwise not accessible with fans in the arena.  Microphones around the court will capture enhanced sounds from the floor, including sneaker squeaks and ball bounces.  DJs and announcers will be in-venue to help replicate the sounds and experiences teams are accustomed to in-arena.

Additionally, all viewers will have the ability to impact visual effects in the venue through a virtual cheering experience.  Fans can digitally cheer for their team through the NBA App and NBA.com and on Twitter using team hashtags throughout the game.  Virtual cheering will be reflected on the video boards in-venue with graphics and animations that capture the level of fan engagement around the world.  Fans will also have the opportunity to see their videos featured through TikTok Challenges.  Snapchat’s “ground segmentation” augmented reality technology will also give fans an opportunity to explore a virtual rendering of the official court in Orlando via a Lens wherever they are.

NBA Digital, jointly managed by the NBA and Turner Sports, will provide customized viewing options on NBA League Pass and NBA TV via the NBA App and NBA.com.  Fans will have access to alternate feeds with new camera angles, enhanced graphics, gaming options, in-language and influencers calling the game with a focus on areas such as analytics, fashion and music.  Fans will also have access to live NBA Pick’Em: Trivia for every NBA game.

“Working with our broadcast and technology partners, we are excited to unveil a series of enhancements that will bring fans closer to the game and allow them to personalize their viewing experience,” said Sara Zuckert, NBA Head of Next Gen Telecast.  “Our goal is to create an enjoyable and immersive experience where fans can engage with each other and maintain a sense of community as we restart the season under these unique and challenging circumstances.”

“The core of our partnership with the NBA is delivering next-gen experiences for their fans on and off the court,” said Jared Spataro, Corporate Vice President, Microsoft 365.  “All of us at Microsoft can’t wait to watch an NBA game again and are excited to be part of the new fan experience.  We hope Together mode helps fans feel more connected and immersed in the game, and helps teams feel the energy of their fans, even when they can’t be in the arena.” 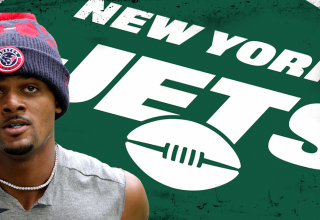