November 30, 2021
Trending
Home NBA NBA teams can reopen practice facilities Friday; at the moment, only three teams are on board – USA TODAY 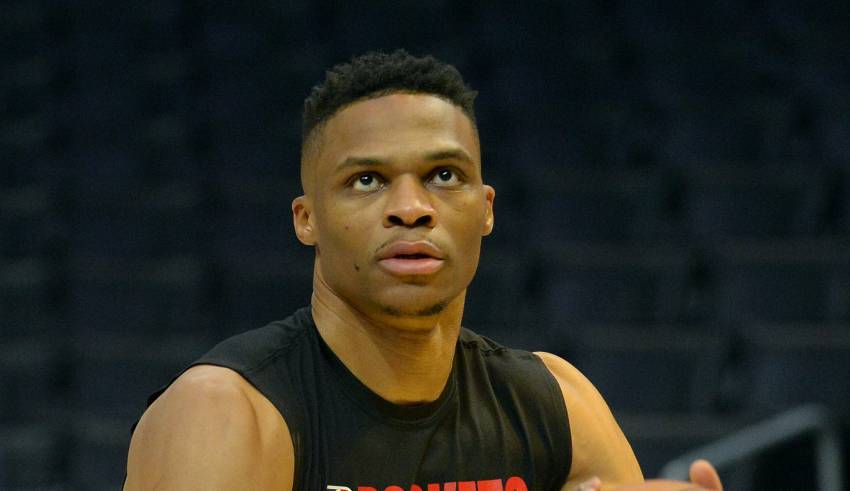 Even though the NBA targeted Friday for teams to open their practice facilities to a limited number of players at a time, just a few teams – the Houston Rockets, Portland Trail Blazers and Denver Nuggets and maybe another team or two – plan to make their facility available on that day.

The Atlanta Hawks plan to open sometime next week, but several teams remain at least a week away, and in the case of the Golden State Warriors, weeks away, from bringing in players for individual workouts as the league deals with coronavirus-related fallout.

The league suspended its season March 11 but would like to resume if conditions allow.

In a memo delivered on Tuesday, the NBA informed teams they could reopen where stay-at-home orders have been eased. In a previous memo, the NBA provided a detailed and extensive 14-page to-do list to ensure safe and clean environments for players. Also, no more than four players at a time can use the practice facility for workouts.

Boston: The Celtics are observing state mandates, and their practice facility will remain closed until at least May 18.

Brooklyn: The Nets do not plan to open Friday.

Charlotte: The Hornets don’t have a date set and continue to evaluate the situation.

Chicago: The Bulls will not open Friday with the state under stay-at-home orders until May 30. The team is taking direction from local authorities and the NBA.

Cleveland: The Cavaliers plan to open Friday as long as the NBA continues to approve that date.

Dallas: In a statement, the Mavericks said they are “discussing all scenarios and have yet to make a decision on how we will move forward. As always, safety is our number one concern. We will not do anything in any one of our properties until we are certain we can keep everyone safe.”

Denver: The Nuggets plan to open on Friday. The Nuggets do not anticipate immediate full attendance considering an undisclosed amount of players are currently out-of-state. But the Nuggets plan to adhere to the NBA’s issued guidelines to accommodate any voluntary individual workouts on a case-by-case basis.

Detroit: The Pistons will not open Friday and do not have a date set.

Golden State: The Warriors won’t open until June 1 at the earliest, after the city’s stay-at-home orders end on May 31.

Houston: As Texas slowly re-opens, the Rockets plan to open Friday. “We want to be able to provide them the safest possible environment for them to do that according to all the guidelines set forward by the league and health care professionals involved,” Brown told reporters.

Indiana: The Pacers do not plan to open Friday.

Los Angeles Clippers: Team is following local stay-at-home orders until May 15 but has petitioned authorities to have access when state moves to phase 2 of reopening.

Los Angeles Lakers: With Los Angeles mayor Eric Garcetti extending stay-at-home orders through at least May 15, the Lakers plan to keep their facilities closed until at least those orders are lifted – unless they’re granted an exception from the city.

Miami: Even though Florida moves into its next phase of reopening, Miami-Dade County still has stay-at-home-orders, and the Heat will not open on Friday. It’s possible they open next week.

Milwaukee: The Bucks do not plan to open Friday but are looking at a potential day next week.

Minnesota: The Timberwolves are following local stay-at-home orders through May 15 and remain in contact with the NBA and local authorities.

New Orleans: The Pelicans don’t plan to open any earlier than May 15, when the state’s state-at-home order ends.

New York: The Knicks say they are abiding by NBA and state guidance and will not open Friday.

Oklahoma City: Thunder general manager Sam Presti said, “I wouldn’t say that we’re committed to doing that,” when asked about opening on Friday.

Orlando: As portions of Florida begin to re-open, the Magic will not open on Friday and are working on establishing a firm date. “The Orlando Magic’s foremost priority remains everyone’s health and well-being connected to the game and we will continue to follow the NBA’s guidelines while also continuing to listen to public health experts and observe local governmental directives,” the team said in a statement.

Philadelphia: The Sixers will not open Friday and will revisit the situation in about a week. Besides their own practice facility, they could also use their G League facility in nearby Wilmington, Delaware.

Phoenix: The Suns are planning to open their facility May 16 at the earliest.

Portland: The Blazers plan to open their facility for workouts on Friday.

Sacramento: The Kings will not open Friday.

San Antonio: The Spurs do not plan to open Friday.

Toronto: The city still is under stay-at-home orders, and the Raptors will not open Friday. They don’t have a firm timetable to reopen either.

Utah: Executive vice president of basketball operations Dennis Lindsey told reporters he wasn’t “at liberty to give the exact date yet” but doesn’t expect it to be Friday.

Memphis has not yet provided details on their plans.