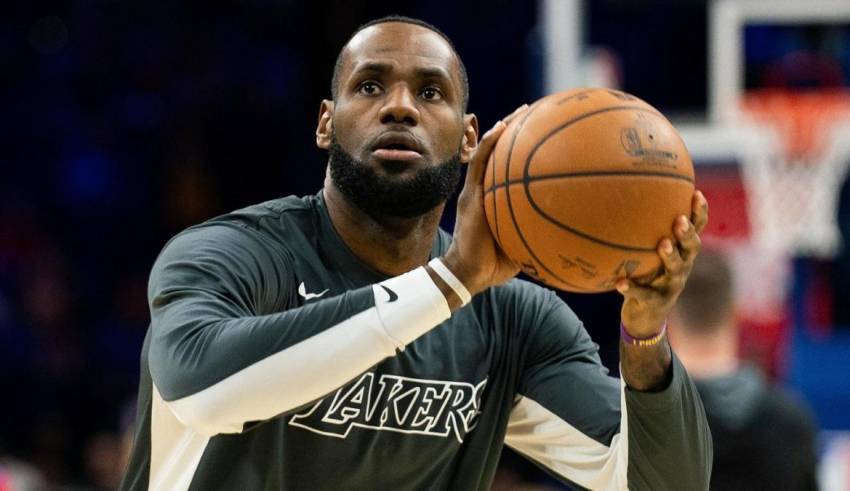 NBA players are going to take a huge hit financially due to the suspension of the 2019-20 season because of the global outbreak of the coronavirus. The first major hit will come on Friday when players receive their first reduced paychecks since the league and the players union agreed to a deal that will withhold 25 percent from each players’ check, beginning May 15.

However, not every single player’s check will be impacted, as five of the league’s top ten earners have already been paid in full and thus won’t have their pay cut on Friday, according to ESPN. Those five players are LeBron James, Stephen Curry, John Wall, Blake Griffin and Paul George. Also, three other top earners — Russell Westbrook, Kyle Lowry and James Harden — won’t have their pay reduced by the full 25 percent due to the fact that they received salary advances in the offseason.

Instead of on Friday, the salary reductions for those players will either come out of their advances for the 2020-21 season, or from their first paychecks for the season. From ESPN:

Their salary reductions will come out of their advances for the 2020-21 season on Oct. 1 or beginning with their Nov. 15 paychecks. Each player will essentially have an IOU per paycheck to his team ranging from $390,000 (James) to $420,000 (Curry) each time there is a scheduled 25% pay reduction. That amount will increase if games are eventually canceled because of the coronavirus pandemic.

NBA players are typically paid twice per month: on the first and 15th, and standard contracts stipulate that players be given 1/24th of their salary on each such payday. However, certain players, like the ones mentioned above, have negotiated for altered pay schedules, including lump payments earlier in the season.

This agreement to cut player salaries by 25 percent helps to solve the NBA’s biggest immediate financial issue: cashflow. Players are typically paid with revenue that the NBA isn’t generating right now, so this measure will help combat the enormous losses the league is facing at the moment. If the season ultimately picks up at the spot where it left off and finishes out the season, organizations will have to pay back all of their players. But, if games end up being canceled, more cuts will be coming for the players, which unfortunately seems like a near-certainty at this point.