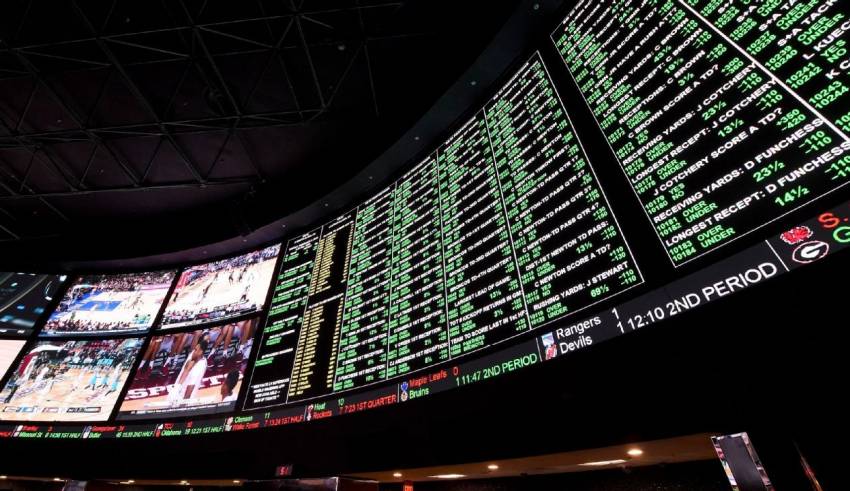 For the first time in over three months, NBA point spreads are back on the board at Las Vegas sportsbooks, but oddsmakers admit they’re not sure what to expect when the league attempts to resume its season amid the coronavirus pandemic.

The line on the LA Clippers–Los Angeles Lakers game — the second half of an opening doubleheader July 30 — opened at pick ’em Saturday at Caesars Sportsbook. The New Orleans Pelicans are 1-point favorites over the Utah Jazz in the first game of the doubleheader.

The 22 teams in playoff contention when the season was halted March 11 will play eight games to determine playoff seeding. Games will be played at venues inside Walt Disney World’s ESPN Wide World of Sports compound in Orlando, Florida, with no fans present.

The neutral sites, lack of fans and players choosing not to participate in the restart or testing positive for the coronavirus are among the issues facing bettors and bookmakers trying to get a grasp on an unprecedented finish to the season.

The Dallas Mavericks‘ Willie Cauley-Stein, the Portland Trail Blazers‘ Trevor Ariza and the Lakers’ Avery Bradley are among the players who have informed their teams that they will not take part in the completion of the season. The NBA announced Friday that 16 players had tested positive for coronavirus but did not reveal those names. Some players, including the Denver Nuggets‘ Nikola Jokic and the Indiana Pacers‘ Malcolm Brogdon, have said they recently tested positive for coronavirus.

“We don’t know who’s in shape. We don’t know what players are going to bail out,” Alan Berg, senior oddsmaker at Caesars Sportsbook, told ESPN. “You just kind of have to throw things up there.”

Jeff Sherman, who oversees NBA odds at the SuperBook at Westgate Las Vegas, estimated that the lack of any home-court advantage impacted his numbers in the range of 2.5 points on average. The biggest adjustment he made, however, was to totals, the over/under on points scored in games.

“There’s a chance for a different energy in the building,” Sherman, vice president of risk for the SuperBook, said. “When you see those scoring runs, players feed off the energy [from crowds]. What we tried to do, considering that, was make the totals lower than what they would’ve been if it had been normal regular-season games. We did between five and eight points lower on the totals.”

Caesars Sportsbook reported taking a series of bets on the unders in several games from a regular customer, causing the numbers to drop a few points. The Sacramento Kings–San Antonio Spurs total, for example, moved from 220 to 215.5.

With a month remaining until the season, Sherman said the early betting had been light, “a few $50 bets,” but the SuperBook did take a large wager — $8,000 at 25-1 — on the Nuggets to win the NBA title.

Oddsmakers said their approach to monitoring injuries and inactives will not change, despite increased potential for players being ruled out late. The bookmakers will continue to monitor social media and watch for line movement that may signal key players are inactive.

“We’re going to know when [the line] is moving that something happened, usually before any media,” Berg of Caesars said. “We just have to do our best to react to it and try to dig to see if we can find out why a particular game is moving. This is an unprecedented situation. All it takes is a LeBron James to be out or a Giannis [Antetokounmpo] to not play and the line’s going to move tremendously.”

Still, after months without the NBA, NHL and Major League Baseball, sportsbooks, like most businesses, are anxious to get back to some sense of normalcy.

“It’s good to see [NBA lines] on the screen,” Sherman said. “There’s something on the horizon, hopefully.”

NBA lines for opening games (via Caesars Sportsbook as of Monday morning; odds subject to change):