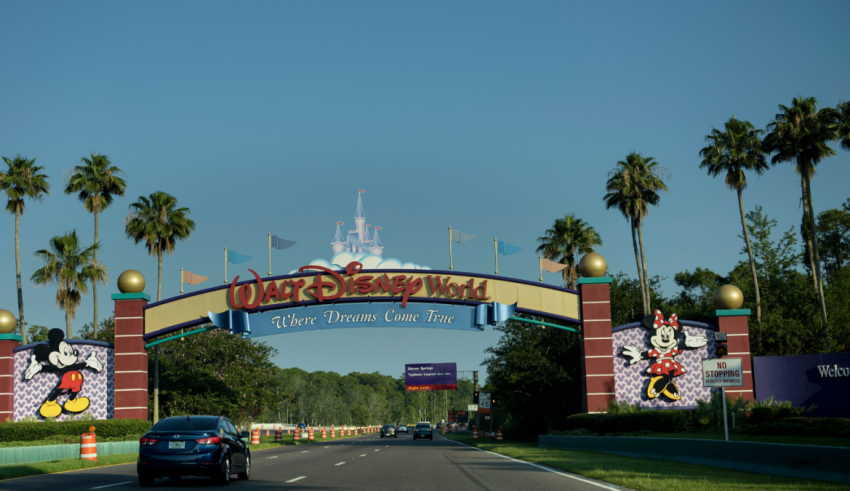 The first step for the NBA in resuming the 2019-20 season was figuring out a schedule and format. They settled on inviting 22 teams to Orlando and having all of them play eight “seeding” games before beginning the playoffs. If necessary, there will be a mini play-in tournament for the eighth seed in each conference, but other than that, the postseason will proceed as normal.

With the key dates and set-up outlined, the league could then move on to sorting out all of the details and logistics. It’s at this point they started to receive some pushback from the players, with concerns ranging from the coronavirus, to quarantine accommodations, to a desire to continue fighting for social and racial justice instead of playing.

Because of the various worries from players and staff, as well as an acknowledgment that they cannot guarantee everyone’s safety, the league has made it clear that no players are required to come to Orlando. If they do want to play, though, they will be subject to stringent testing protocols and health guidelines.

CBS Sports has obtained the league’s 113-page health and safety document sent to all teams. Here is what we know.

The league has broken its return to play schedule down into six phases, part one of which is already underway. There are different rules and allowances for all members of the organization depending on the phase and situation. Here’s a closer look.

During this stage, players are to return to their home market by no later than the 22nd. Team facilities may be open for voluntary individual workouts, but no team or group activities are allowed. Players should use this time to fill out a health questionnaire and are expected to quarantine at home except for going to the facility or other essential activities.

The same rules regarding workouts and quarantining from Phase 1 are still in place. It is at this point that teams will begin testing players and staff for COVID-19. Furthermore, teams are required to hold an educational session about the virus and these guidelines for players and staff.

By July, workouts for players will now be mandatory, though no group or team activities are allowed yet. Players and staff are expected to continue following quarantining rules, and regular COVID-19 testing will continue. During this phase, teams will confirm their traveling party, and make their way to Orlando — either by bus or chartered plane — between July 7 and July 9.

All members of the traveling party must complete a form certifying they abided by the pre-Orlando rules, and will continue to follow the guidelines once arriving on campus. Upon getting to Orlando, players must self-isolate in their hotel rooms until they return two negative COVID-19 tests at least 24 hours apart.

In the fourth phase of this process, group and team activities and practices will now be allowed. As with the pre-Orlando guidelines, players and staff will continue to be regularly tested for COVID-19. During meals or social activities, players and staff are only to congregate with people staying in the same hotel. However, if they wish to eat a meal with someone from another team, that must be done outside, and social gatherings are to take place in designated areas. No player is allowed to be in another player’s hotel room.

Along with continuing practices and group workouts, teams will begin playing scrimmages against opposing teams in Phase 5. Each team will play three scrimmages during this portion of the plan. As always, everyone will be subject to regular COVID-19 testing. Once scrimmages begin, players and staff will be allowed to congregate with anyone on campus, regardless of which hotel they are staying at. Still, any meal eaten with a player on a different team should be done outside.

Regular season games will begin on July 30. All rules from Phase 5 will remain in place. In addition, any player that chooses to leave the campus at any point will be required to go through an additional testing and quarantine period.

As expected, the league is implementing stringent testing rules. Beginning with Phase 2, which starts on June 23, players and staff will undergo regular COVID-19 testing. To start, that will include a PCR test — the typical throat or nasal swab — along with an antibody test. All subsequent testing will be a PCR test unless otherwise necessitated.

During the pre-Orlando phases, household members living with players will also be able to get tested. Upon arrival in Orlando, players and staff will need to self-isolate in their rooms until they return two negative tests at least 24 hours apart.

Everyone staying on campus in Orlando, including league staff, broadcast and gameday operations staff and select media members will also be subject to regular COVID-19 testing. However, auxiliary workers not staying on campus will not undergo testing.

Another interesting note is that the league will be working with Yale University to help facilitate a study on saliva testing. Players will not be required to participate, but if they are interested can provide a saliva sample that will be used to help create a quicker, more non-invasive testing procedure.

In order to minimize the risk of anyone catching the coronavirus, the league is implementing a number of safety measures that will require extra care and attention from staff and players. Here’s a quick rundown of some of the more notable requirements:

All basketballs will need to be disinfected by staff prior to use in workouts, practices and games. It’s not just as simple as wiping it down, either. The league has outlined a five-step process, as well as instructions on how to create the cleaning solution.

First, staff must create a mixture using a quarter teaspoon of dish detergent per gallon of water. They are then instructed to use a clean towel to wipe off the basketball with that product. After that, they are supposed to wipe down the basketball with water only, then set it aside to air-dry. Once the basketball is dry, it should then be sprayed with a certified disinfectant.

Whether it’s licking their fingers or taking out their mouthguard right after wiping their shoes, basketball players routinely do things during games that are an absolute no-no in the time of coronavirus. As such, the league is mandating players to alter their behavior on the court.

Licking your fingers, spitting and clearing your nose are all prohibited during games and practices, mouthguards should be removed sparingly and players are no longer allowed to swap jerseys after games.

Players will obviously not be wearing masks during games, and neither will referees. The PA announcer and statistician will also not wear them, and coaches will have the option, though it is suggested they do. Everyone else on site at games, however, will be required to wear masks, including coaches on the second row of the bench, workers at the scorer’s table and any other gameday staff.

Another tool the league will use to try and keep players healthy is technology. First off, everyone on campus will be required to wear “Magic Bands,” which are bracelets that not only serve as hotel room keys but will allow wearers to pass through security checkpoints and check-in for medical testing.

In addition, there are optional gadgets that players can wear for further monitoring.

One device is a proximity alarm, which will go off if a wearer is within six feet of another person for more than five seconds. Team and league staff will be required to use one of the alarms, while they will be optional for players. The alarms will not collect GPS locations or other data about personal movement.

Another high-tech tool the league is making available to players is a biometric ring, which can record vital signs such as heart rate, respiratory rate and body temperature. In theory, that data could help alert teams if a player is at risk to contract COVID-19, or could already have it.

Just like the league is implementing new rules and guidelines for actions on the court, there are even more notes about how players should conduct themselves during their downtime. Here’s a closer look at some of the more interesting items:

The league is very clear that players should not, under any circumstances, go into another player’s hotel room, even a teammate or someone in their organization.

Whenever possible, players should congregate and socialize outside. To help facilitate this, the league is setting up awnings and tents in outdoor areas that can protect them from the elements. There will also be many activities for players, including golf, swimming and lawn games.

While players will be able to interact with each other once Phase 5 begins, they are still required to adhere to social distancing guidelines when possible, whether that’s in the video game lounge, eating meals, hanging out at the pool, etc. Even doubles ping-pong has been banned, which shows just how much detail the league put into these guidelines.

When socializing, the league has mandated that players use their own materials. That means no sharing pool noodles — not sure that’s really going to be a big issue with NBA players — video game headsets and/or controllers, golf clubs and even reading materials.

In terms of playing cards, decks are to be discarded at the end of every game. The league has guaranteed sufficient packs of cards will be available throughout the process.

Another big aspect of this bubble is the food situation. Everyone is particular about what they eat, but professional athletes are on a different level when it comes to nutrition. In what should come as little surprise, players and staff members are not allowed to share food on campus and are asked to wash their hands before and after eating.

Here are some of the other guidelines regarding the food situation:

Until Phase 5 begins, players are only to eat meals with other players or staff residing in their hotel. Once Phase 5 starts on July 22, they will then be allowed to eat with anyone on campus. However, even at that point, there are still some guidelines. If eating inside, they are to sit six feet apart, and if eating with someone from a different hotel, that meal must take place outside.

Each NBA team will be given a designated Disney meal team. That group will help design and create individual menus for teams and help facilitate any specific dietary needs. All teams will also have their own meal room which will be open 24/7 for players to pick up meals, as well as snacks and bottled beverages.

The NBA and Disney are working to open some restaurants on campus at a limited capacity, but full details have not been fleshed out on that front. As for delivery, it will be allowed until at least Phase 6 (Restart phase) and possibly longer, though under strict rules. The player’s chef preparing the foot outside of campus must certify that they are only engaged in essential activities, are following FDA guidelines, and provide detailed information about their food preparation and delivery process. Even then, the delivered food containers must be sanitized by a staff member. In short, food may be delivered, but it’s not “delivery” in the sense that regular people would understand it.

Whenever possible, bottled beverages during practices and games should be labeled for individual use. Single-use food and drink items will be available for players in an open space.