May 30, 2020
Trending
Home NBA NBA reportedly preparing to play games without fans if needed due to new coronavirus – AZCentral 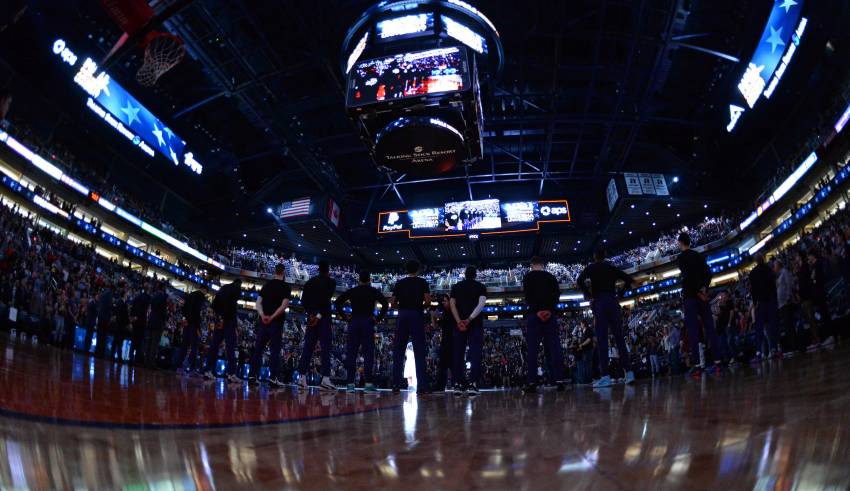 In Italy, major soccer games are now being played without fans in attendance as a means to stop the spread of the new coronavirus outbreak. According to Shams Charania of The Athletic, the NBA is readying to follow suit, if need be.

“The NBA has sent a memo to its franchises explaining that, due to coronavirus outbreak, teams should be preparing to play games without fans in attendance and identifying ‘essential staff’ present for these games — should it be necessary,” Charania tweeted Friday.

The news broke during the second quarter of the Suns’ 127-117 over the Trail Blazers. After the game, Suns guard Devin Booker said he was just catching up on the news, and that the team had not previously discussed playing in empty arenas.

“We haven’t. I’m actually just seeing that for the first time after the game,” he said Friday. “That’s above my paygrade. Whatever happens, happens, but health is the most important thing on this road, so hopefully everyone can stay away and stay safe.”

The Suns play home on Sunday against the Bucks, but then are on the road until March 18. After Sunday, they only have two more home games at Talking Stick Resort Arena in March.

Their upcoming road trip includes a game in Portland on Tuesday. As of Friday, the Center for Disease Control and Prevention listed Oregon as reporting one to five confirmed cases of the new coronavirus, also known as COVID-19.

Across professional sports, some teams have advised players to watch their interactions with fans. The Dallas Mavericks halted a pre-game high five ritual between fans and players in the tunnel.

Suns coach Monty Williams was asked about fears of the new coronavirus on Thursday, ahead of the report of the memo. At that point, he was not watching for how players interact with fans or each other.

“I’m not watching for that,” he said. “I can’t — it’s hard to answer that. I think everybody is aware and cautious, just because it’s something you have to take seriously. We had a presentation a couple days ago to give us an idea as to what to look for, how to take care of yourself and where it is around the country.

“I think all of our guys are cautious. That’s about all I can say about it. I’m not watching to see if guys are fist bumping or elbow bumping or anything like that or head nodding. I just hope everybody is trying to be as safe as they can.”

Booker noted that he is “pretty isolated to start with,” as far as how he takes care of himself. Suns forward Mikal Bridges said the team’s presentation reinforced some previous messages from his mom.

His main takeaways from the meeting were to be mindful and to keep washing his hands frequently, and he noted that he may try to buy some travel hand sanitizer after the shootaround.

If he needs suggestion on where to look, he can ask teammate Aron Baynes. Baynes, who had a career-high 37 points in Friday’s win, stays stocked up, partially due to being a father of two.

“When we do travel, we travel with about 20 hand santizers anyway,” Baynes said. “It’s probably not going to change our summer plans, but yeah, it’s definitely a worry. … My immediate small family that we have here, we’re just trying to stay as prepared as we can, if anything were to change from what it is now. But we’re just going about our daily lives, and probably washing our hands a few more times than normal right now, but not too much.”

While it is not certain what action the NBA will take next, Williams noted that the spread of the virus has his attention.

“We all watch it every day on TV,” he said Thursday. “And the league has always been ahead of the curve in situations like this. I’m sure that they have precautions in place. I’m hopeful that it doesn’t come to that, but we’ll see.”