The National Basketball Association is launching a streaming service on Tuesday that lets people pay a monthly or annual fee to access more than 100 live NBA games, past programming, and original shows.
The subscription service is a direct-to-consumer version of NBA TV, the television channel managed by the NBA and Turner Sports, which like CNN, is owned by WarnerMedia.
In addition to live games, subscribers to NBA TV will have access to programming like pregame show “The Warm Up,” nightly show “NBA Crunchtime” and weekly franchise “Shaqtin’ A Fool.” The app will also offer old games, including NBA Finals games from 2000 to 2019. 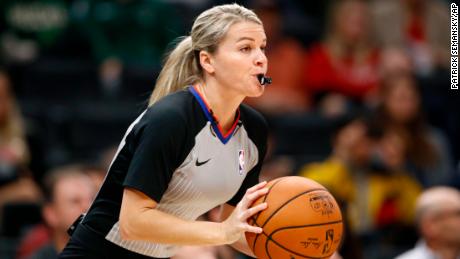 NBA TV costs $6.99 per month or $59.99 per year. The app is accessible on connected devices like Roku and Apple TV and mobile devices. The service is also available on NBA.com for viewing on a web browser. People who pay for cable can access the app’s content by signing in through their pay TV provider.
Streaming news blog The Streamable first reported on the new service after it soft launched at the start of this year’s NBA season.
The NBA’s offering follows a series of developments by legacy broadcasters, including sports leagues, to expand digitally and appeal to cord-cutters. The NFL Network launched a $4.99-per-month subscription version of NFL RedZone last year, though the content is only available on mobile. MLB offers MLB.TV for $25 per month. Though, some cord-cutters, such as YouTube TV subscribers, already have the NBA TV channel.
“NBA TV is the ultimate destination for around-the-clock access to premium NBA games and programming,” Chris Benyarko, the NBA’s senior vice president, direct to consumer, said in a statement. “We are thrilled to offer more ways than ever to access NBA TV and provide a preview of the future live game viewing experience.”
NBA TV’s price point makes it competitive with the increasing number of subscription services vying for consumers’ limited time and money. Apple TV+ launched last week with its own lineup of original shows, while Disney+ is launching on November 12.
This product isn’t the NBA’s first foray into subscription services. The NBA League Pass, offering hundreds of live games, costs $199.99 per year.