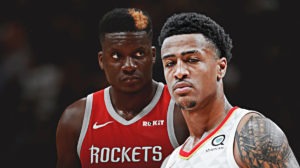 Super Bowl LIV was undoubtedly highly anticipated, and the game did not disappoint. Sunday at the Hard Rock Stadium in Miami Gardens had never been louder, as the Kansas City Chiefs staged a come-from-behind 31-20 win to take home the Super Bowl championship against the San Francisco 49ers.

Everyone’s eyes were glued to the game, including NBA players such as Memphis Grizzlies’ Ja Morant and Tyus Jones, Atlanta Hawks sophomore Trae Young, and many others who couldn’t believe the amazing comeback.

Other players congratulated Kansas for the championship, including Kendrick Perkins and Willie Cauley-Stein. Some especially praised their immense effort, including Serge Ibaka who took notice of the team’s stellar defense. Meanwhile, others like Jusuf Nurkic simply enjoyed the thrilling game.

Congrats to Andy Reid! You deserve it!

However, some players seemed to drown in their sorrows, such as Evan Turner who is a fan of the Chicago Bears. Turner is apparently disappointed that his favorite team passed on Mahomes, who is now the youngest player in NFL history to win a Super Bowl and an MVP.

And my bears passed up on him 🤬 https://t.co/nvOFHa9G7t

Spencer Dinwiddie, on the other hand, simply seemed sad as he tweeted about moving on from the game by drinking red wine. Nonetheless, he did congratulate fellow Boulder alumni Eric Bienemy, who is the offensive coordinator for the Chiefs.

Atleast Bienemy got one. Boulder alum 🤙🏾

Lastly, Los Angeles Clippers power forward Patrick Patterson took a jab at the Niners, tagging them with a photo of a man choking — alluding to the Chiefs’ comeback against them. 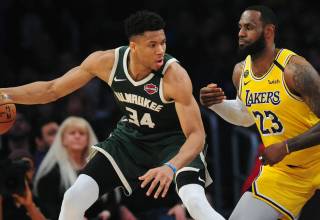