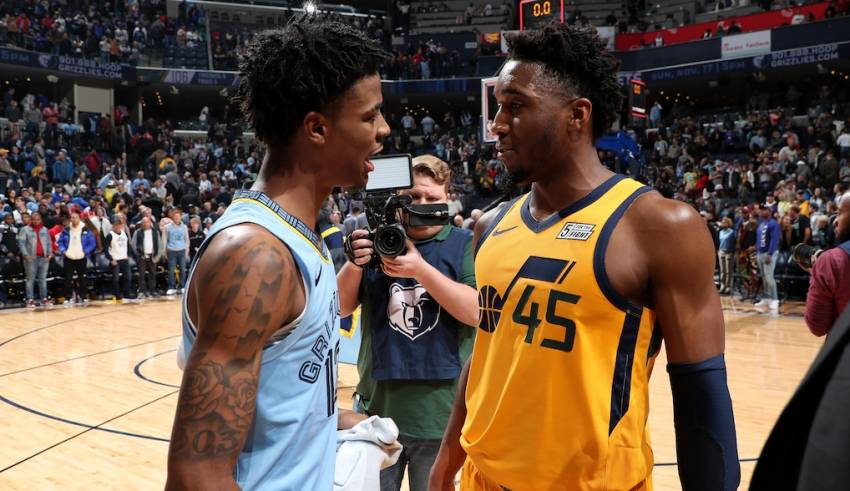 Top recruit Jalen Green said Thursday that he is skipping college and has signed with the G League for next season, becoming the first player to take advantage of a new potential path to the NBA.

Green, a guard from Napa, California who was considered by some as the No. 1 overall recruit in this year’s high school class, will be eligible for the 2021 NBA draft and seems a strong candidate to be among the top picks.

“The ultimate end goal is to get to the NBA,” Green said on his Instagram Live story. “With that being said, I have decided to partner with the NBA G League’s new team for elite players. The main reason for this is I want to get better, I want to develop a better game. I want to work on my craft, get stronger and things like that. That way, I can be better for the NBA. This is the best route to prepare myself to get one step closer so I can be ready when that time comes.”

As an elite prospect, Green will make $500,000 for one season, according to ESPN. He will play for a still-being-developed program, but not for any G League team or with affiliation with an NBA franchise. He, and any others who follow, will play under the G League umbrella, focusing on draft preparation, basketball readiness and life skills.

NBA players across the league reacted to Thursday’s announcement.

Green’s deal will also include a college scholarship and living arrangements.

Five-star prospect Isaiah Todd, who decommitted from the University of Michigan, is expected to reach a deal with the NBA G League as well, per The Athletic’s Shams Charania.

The program the G League announced in 2018 would offer ”select contracts” to players who did not want to play college basketball but were not yet eligible for the Draft.

But none of those deals were ever executed for a variety of reasons – feedback the G League got included that players thought the $125,000 salary was too low, did not like not knowing where they would play, and the uncertainty of how they would be allocated to teams.

Oklahoma City Thunder forward Darius Bazley announced in 2018 that he would forego college and go straight to the NBA G League, but later opted to participate in a three-month internship with New Balance worth reportedly $1 million. Bazley was selected in the first round of the 2019 draft at 23rd overall.

Information from The Associated Press contributed to this report.