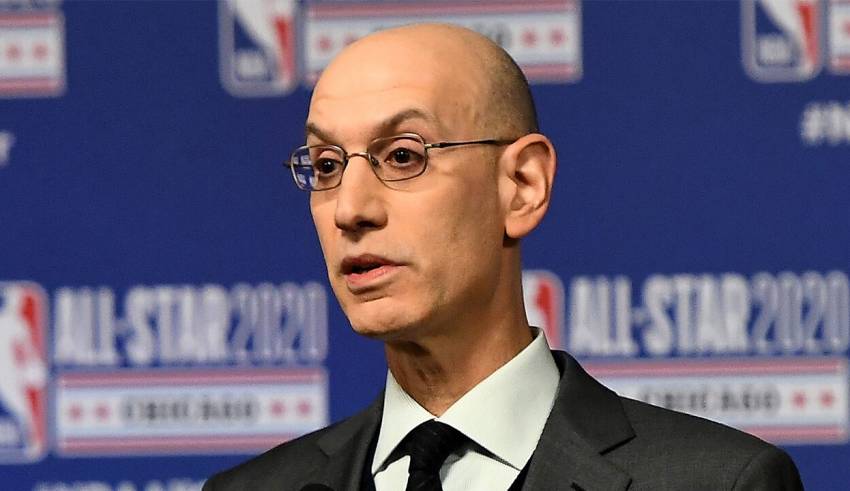 The NBA announced that players will be able to show social-justice statements on the backs of their jerseys when the season restarts on July 30 in Orlando, Fla., following delays linked to the coronavirus pandemic.

The league and the NBA Basketball Players Association were in discussions to allow players to wear a social statement in place of their last name, according to a report by ESPN on Saturday night.

Players apparently received a group text message that said plans were being discussed among the league, the players union and Nike, reading, “lookout for details in the coming days.”

WELCOME BACK: THE NBA SETS THE SCHEDULE FOR SEASON RESTART

If the NBA does indeed decide to go through with this decision, it wouldn’t be the first league that has taken action in this matter. When the Premier League resumed earlier this month, it replaced player last names on the back of jerseys with the phrase “Black Lives Matter.” Their uniforms also featured a sleeve patch, which is set to remain for the rest of the season.

The league released its schedule last Friday, and the first set of games is set to feature Zion Williamson and the New Orleans Pelicans, as well as LeBron James and the Los Angeles Lakers. New Orleans will play in the first game of the resumed NBA season on July 30, taking on Utah in the opener of a doubleheader. And, just as the initial first night of this season-like-none-other did, the second game of the nationally televised twinbill will pit the Lakers against the Los Angeles Clippers.

For the 22 teams going to Disney, the setup of the eight-game slates will be largely the same — one back-to-back for each of the clubs, with all the games set to be played in a 16-day span ending Aug. 14. The NBA will be using three arenas at Disney, and other than the two-game slate on the opening night, between four and seven games are set to take place each day.

There will be some very unusual elements, with games starting as early as 1 p.m. on weekdays, 12:30 p.m. on weekends and most nights seeing the slate end with 9 p.m. tip-offs — other than NBA Finals games, an absolute rarity for games being played on the East coast.

Plans called for 52 of the 88 seeding games to be televised nationally, with 18 on TNT (including the opening-night doubleheader), 17 on ESPN, 14 on NBA TV and three on ABC. Games will be shown in local markets as well.

Most of the arenas on the ESPN Wide World of Sports campus will be used for multiple games each day, with no tip-off scheduled for less than four hours apart in each of those three buildings — and with the league allowing time in between games for heavy sanitizing.

If a play-in tournament for the No. 8 seed in either conference is needed by the ninth-place team finishing within four games of the team in eighth, those games in a best-of-two series that the No. 9 team would need to sweep would begin on Aug. 15.