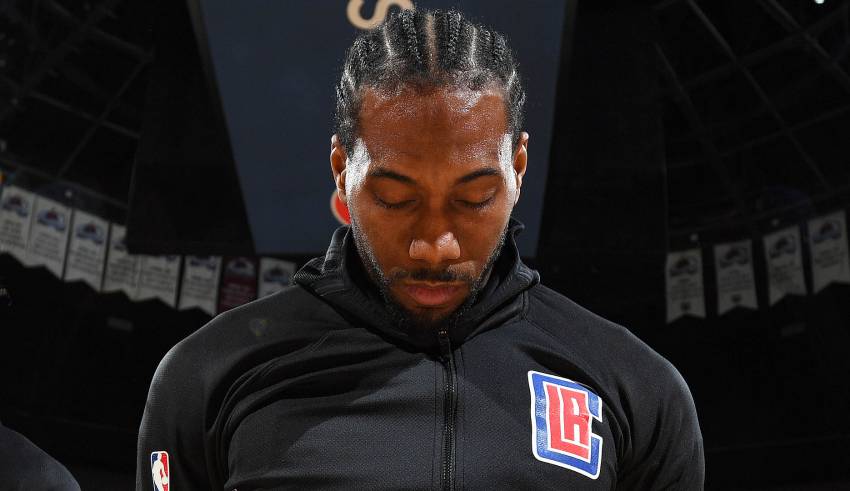 Kawhi Leonard is reportedly turning down his option with the LA Clippers, making him an unrestricted free agent. (Photo by Garrett Ellwood/NBAE via Getty Images)

Keep track of all the latest NBA free agency news and reports before the 2021 NBA free agent period officially begins at 6 p.m. ET on Mon., Aug. 2.

Here are the top headlines from Aug. 1 so far:

• Hornets make qualifying offer to Graham, but not Monk

While the Clippers’ star becomes an unrestricted free agent, ESPN’s Adrian Wojnarowski says the expectation is that Leonard will negotiate with LA for a new contract.

Kawhi Leonard has declined his $36M player option for next season and becomes a free agent, per source. Now, the expectation is that Leonard will negotiate a new deal to stay with Clippers. @ChrisBHaynes first on declining option.

Point guard Chris Paul is declining his $44.2 million player option with the Phoenix Suns, according to The Athletic’s Shams Charania.

The move makes the veteran point guard an unrestricted free agent, but ESPN’s Adrian Wojnarowski says the Suns are optimistic they’ll be able to keep Paul in the fold.

Chris Paul has until midnight ET to decide on his $44M player option, but there’s optimism that if he does decide against picking it up that he and the Suns can reach a new deal when free agency opens on Monday night, sources tell ESPN.

Hornets extend offer to Graham, but not Monk

The Charlotte Hornets have made Devonte’ Graham a restricted free agent after extending a qualifying offer, the team announced Sunday.

We are extending a qualifying offer to guard Devonte’ Graham, making him a restricted free agent.

The team also announced they declined to extend an offer to guard Malik Monk, who will become an unrestricted free agent.

OFFICIAL: The @hornets have not tendered a qualifying offer to guard Malik Monk making him an unrestricted free agent

The Dallas Mavericks will pick up the $4.1 team option on big man Willie Cauley-Stein, the team announced Sunday.

The Dallas Mavericks have picked up the second-season contract option for Willie Cauley-Stein. pic.twitter.com/ODXRX0qAY0

Cauley-Stein came to Dallas in a deal with Golden State before the trading deadline in 2019-20. He played 13 games for the Mavericks before the pandemic shut down the season, then opted out of the restart in the Florida bubble.

The 27-year-old played 53 games in sporadic duty under coach Rick Carlisle, who resigned a day after general manager Donnie Nelson was fired in June.

Jason Kidd replaced Carlisle, and Nico Harrison was hired as GM and president of basketball operations after nearly 20 years in the basketball division at Nike.

The move with Cauley-Stein should leave Dallas with about $30 million in salary cap space in free agency.

Harrison’s first move was trading Josh Richardson to Boston to clear some cap space as Dallas continues to try to build around star point guard Luka Doncic with questions surrounding the role of Kristaps Porzingis.

Zach Collins will become an unrestricted free agent after the Trail Blazers declined to extend their $7 million qualifying offer, according to ESPN’s Adrian Wojnarowski.

Collins has struggled with injuries since being drafted 10th overall in the 2017 NBA Draft. The forward had left ankle surgery in June after two previous ankle surgeries in 2020, the team announced.

The Chicago Bulls are reportedly declining the option on Ryan Arcidiacono, according to K.C. Johnson. of NBC Sports Chicago.

The Bulls are declining the $3M team option on Ryan Arcidiacono, per source.

Arcidiacono could be a candidate to return on a minimum deal, although he also is expected to draw interest in free agency.

The Miami Heat have officially picked up Goran Dragic’s team option for the 2021-22 season, which reportedly will pay him $19.4 million.

OFFICIAL: The Miami HEAT have exercised their team option on Goran Dragić.

Miami’s status as the favorite to land Kyle Lowry was only enhanced by the decision to pick up Goran Dragic’s option for next season, league sources say.

A sign-and-trade with Toronto for Lowry centered around Dragic’s $19.4MM deal for next season is an obvious route to a deal.

Veteran forward Andre Iguodala will become an unrestricted free agent after the Miami Heat reportedly declined his team option for next season, according to reports from Adrian Wojnarowski of ESPN and Ira Winderman of the South Florida Sun Sentinel.

The Heat are declining the $15M team option on F Andre Iguodala’s contract for next season, making him a free agent, source tells ESPN.

The decision frees up salary cap space for the Heat, who reportedly remain interested in guard Kyle Lowry.

Heat retain Goran Dragic (for now); Andre Iguodala allowed to become free agent. https://t.co/DLdTLcbQ6b A look at the details and implications of the move ahead of Monday’s 6 p.m. start of NBA free agency.

The move also makes a return to Golden State possible for Iguodala, according to veteran NBA reporter Marc Stein.

The momentum behind an Andre Iguodala return to Golden State is bubbling strong already after Miami declined Iguodala’s 2021-22 team option.

As Warriors owner Joe Lacob told @anthonyVslater: “Now we add a few veterans. We’re going to do that. You’ll see in the next few days.”