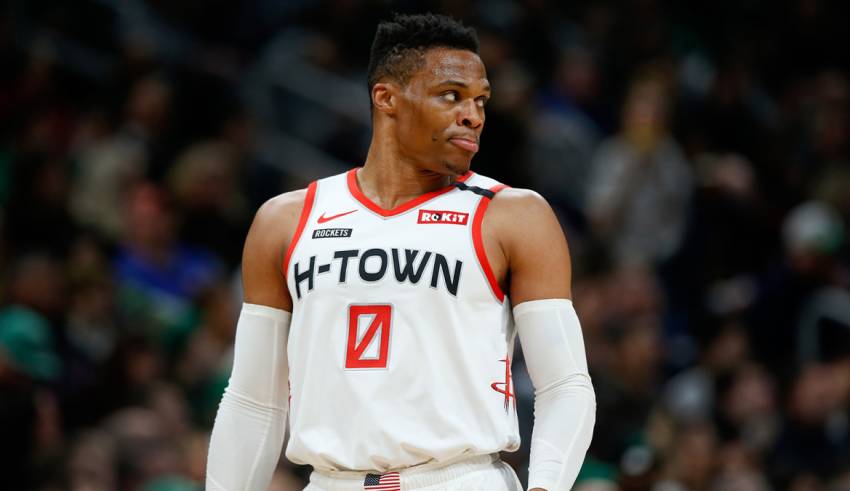 News, notes and observations while we await the conclusion of The Last Dance …

I’m more confident than ever that the NBA will find a way to finish its season. Why? First, it’s become increasingly clear that the league doesn’t give a damn when it starts next season. The thinking is the longer the NBA pushes back the start of next season, the better chance it has of holding games with fans in attendance, opening up a revenue stream that Adam Silver reportedly said accounted for 40% of the league’s revenue. So if you don’t care when you start next season, you can delay restarting this one for months. Who’s to say the NBA can’t restart in September, finish in October and kick start the 2020-21 year in January? Even February? As has been noted before, there are plenty of NBA-types who like the idea of stretching the season into the summer anyway.

The other interesting development was the league’s decision, per ESPN, to allow asymptomatic testing in certain cities. There was a time that, based on conversations with team and league officials, I didn’t think the NBA would allow asymptomatic testing until it was widely available nationwide. The league has been concerned with the optics of players and staffers from a multibillion dollar sports league having access to tests while others did not. Testing is still an issue, but the NBA’s decision to allow Orlando, and eventually the two LA teams, test asymptomatic players represents, to me anyway, a moving of the goalposts on testing, and what level it needs to be at throughout the U.S. before the league considers a return. Remember: The NBA will have no problem procuring the 10,000-plus tests it will need to conduct a postseason. Silver and Co. just don’t want to be seen as hoarding them when pockets of the country badly need them.

· Stumbled into an interesting debate during an appearance on The Dan Patrick Show this week: Is Russell Westbrook an all-time great? The discussion was fueled by ESPN’s recent list of the top-74 players in NBA history. Dan’s beef was that Westbrook was ranked ahead of Rick Barry. He called the idea of Westbrook being better than Barry—along with one of the great players of all-time—silly. To me, that’s nonsense. If anything, ESPN underranked Westbrook. You want individual accomplishments? There was a time when averaging a triple-double was like Joe DiMaggio’s 56-game hitting streak. No one was ever going to do it again. Then Westbrook came along and did it for three straight seasons, picking up an MVP in one of them. He is arguably the greatest non-three-point shooting player in NBA history. Team accomplishments? Westbrook has played in an NBA Finals and three conference finals. How many stars haven’t done that?

The argument against Westbrook’s greatness is the lack of a championship, but you have to look at the context of that. Do we fault Westbrook for Oklahoma City getting creamed by Miami in 2012? That Heat team was formed while the Thunder were a bunch of baby-faced kids just getting warmed up. How about 2014, when OKC played without Serge Ibaka in the conference finals against eventual champion San Antonio? The only real blemish on Westbrook’s playoff resume is in 2016, when he was part of a Thunder team that blew a 3-2 series lead to Golden State. But this is why championships are overvalued when debating a players place in NBA history. You put one title on Westbrook’s resume, and he probably jumps 50 spots on most lists.

· Mamba Sports Academy is removing “Mamba” from its name to honor the late Kobe Bryant, and if you think that makes no sense, you’re not alone. Bryant partnered with the academy in 2018, and the facility has become a recognizable name in basketball circles. In a statement, the academy said the decision to remove “Mamba” from the name was a mutual decision between it and Bryant’s estate. Honoring Bryant is great, but how does removing his famed nickname from a facility he helped build do that? This one needs further explaining.

· CCTV, China’s state run television network, announced it had no plans to start airing NBA games whenever the league resumes, a continued response to Rockets general manager Daryl Morey’s tweet in support of anti-government protesters last October. The split with China has been a costly one for the NBA, with Silver estimating the league had lost more than $300 million in revenue as a result of it. Meanwhile, Hong Kong continues to be a powder keg, with China now reportedly pushing a law that would make disrespecting its national anthem punishable by up to three years in prison.

· I don’t know whose idea it was to poll players with a yes/no question about their desire to resume the season—the players union has distanced itself from the poll, per The Athletic—but it was a goofy one. Do players want to play, of course, but there’s dozens of variables that need to be accounted for. Where will they play? How will the play? How will they be tested? What happens if one of them tests positive? Players want to get paid, and the surest way to do that is to restart the season. But players need more information before making that kind of decision.

· Speaking of problems, the NBA should keep a close eye on the brewing battle between MLB and its players. As baseball makes plans to restart its season, player pay during what could be a fan-free year has become a sticking point. MLB wants players to accept a 50-50 revenue split. The MLBPA sees a revenue split as a salary cap, and is insisting owners honor an earlier agreement, where players signed off on pro-rating their salaries in a shortened 2020 season. The NBA likely won’t have an issue with player pay in any resumed season—most players have been paid a bulk of their salaries for ’19-20 anyway—but how players are paid next season, when the coronavirus pandemic could still be severely impacting the league’s revenue, is something the NBA and the union need to figure out to avoid the kind of public fight baseball is embroiled in.