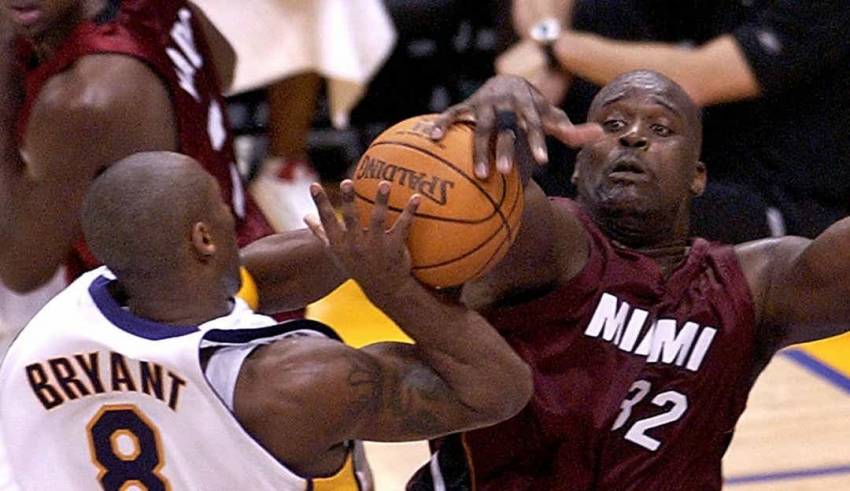 The NBA, as usual, loaded its Christmas Day schedule with stars and top teams.

Los Angeles Lakers vs Miami Heat, 2004 – Kobe Bryant and Shaquille O’Neal did not exactly spread holiday cheer when they squared off for the first time since their nasty divorce the previous summer. O’Neal stuffed Bryant on the first play of the game. Bryant had 42 points, but the Heat got the win.

Cleveland Cavaliers vs Golden State Warriors, 2016 – Once again, the Warriors failed to learn how to protect a lead against Cleveland. Six months after squandering a 3-1 series cushion in the Finals, the Warriors allowed Cleveland to overcome a 14-point deficit in the fourth quarter. That ended with Kyrie Irving hitting a game-winning jumper with 3.4 seconds left.

Orlando Magic vs Houston Rockets, 1995 – The NBA discovered an effective marketing strategy. It pitted the previous season’s Finals teams against each other on Christmas. So after the Rockets swept them in the Finals, the Magic appeared motivated to rectify that. Anfernee Hardaway made sure of that with a game-winning shot with three seconds left.

Los Angeles Lakers vs Boston Celtics, 2008 – The Lakers did not forget the 39-point blowout in a decisive Game 6 loss in the Finals. So the Lakers ruined the Celtics’ holiday by snapping a 19-game winning streak. With the win, Lakers coach Phil Jackson became the fastest to collect his 1,000th win.

Philadelphia’s Wilt Chamberlain: 59 points, 36 rebounds, in a 136-135 loss to New York in 1961: Say it out loud. 59 points and 36 rebounds. And probably a bunch of blocks that weren’t counted because the NBA didn’t record blocks as an official statistic then.

Cincinnati’s Oscar Robertson: 37 points, 16 assists and 15 rebounds in a 113-107 victory against St. Louis in 1963: Robertson has four of the nine Christmas Day triple-doubles and none are better than this one against Bob Pettit’s Hawks.

Oklahoma City’s Kevin Durant: 44 points, seven rebounds and four assists in a 114-106 victory against Denver in 2010: In his fourth season, Durant shot 70 percent from the field, including 57.1 percent on 3-pointers.

Miami’s LeBron James: 27 points, 11 rebounds, 10 assists in a 96-80 victory over the Lakers in 2010: It was James’ first season with the Heat, and it came in the middle of an impressive stretch in which Miami won 21 of 22 games. This will be James’ 13th consecutive Christmas game.