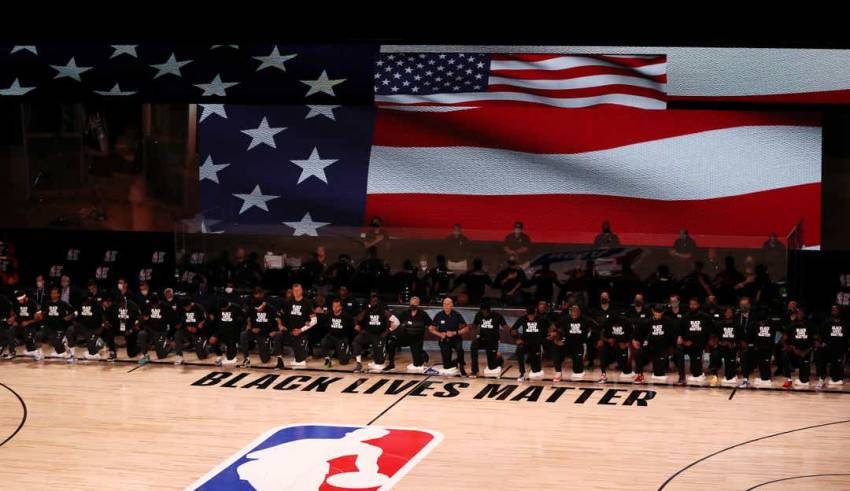 The first two days of the NBA’s restarted season tipped off Thursday and Friday, with two overtime thrillers highlighting the second night of action. Out West, the Trail Blazers survived the Memphis Grizzlies 140-135 and the Houston Rockets escaped the Dallas Mavericks 153-149 – both in extra frames. And the Milwaukee Bucks fended off the Boston Celtics for what would be a preview of the Eastern Conference Finals.

What does Day 3 have in store for NBA fans? There are five games on tap, and Miami defeated short-handed Denver 125-105 in the first game of the day. The Nuggets played without three starters and are in danger of losing control of third place in the Western Conference.

Remember, playoff spots and seeding are on the line in the final stretch, no matter how much it feels like the beginning of a season.

Keep it here for updates throughout the day and into the night from Jeff Zillgitt, Mark Medina — on the ground at Disney — and the USA TODAY Sports NBA team, including analysis, news and highlights:

POPOVICH: Spurs defend coach for not kneeling during national anthem

EASTERN PREVIEW: Do the Celtics have the talent to beat the Bucks?

Stand or kneel for anthem?

Miami’s Meyers Leonard, whose brother Bailey is a Marine and served at least two tours in Afghanistan, stood for the national anthem but wore a Black Lives Matter t-shirt.

“Some of the conversations I’ve had over the past three days, quite literally, have been the most difficult,” Leonard told The Associated Press. “I am with the Black Lives Matter movement, and I love and support the military and my brother and the people who have fought to defend our rights in this country.”

Not everyone is kneeling, including Spurs coach Gregg Popovich and Spurs assistant coach Becky Hammon.

Miami All-Star Jimmy Butler wanted to leave the back of his jersey blank and even though that wasn’t an approved option for players wishing to put a message on the back of their jerseys.

Butler tried to start Saturday’s game against Denver with no message or name listed on his jersey, but league officials made him change into jersey that had his name on it before the game.

Butler wanted a blank jersey to a be representation that society gives him name value because of his ability on the basketball court but without the jersey he is a representation of every person who looks like him and until everyone has equal value, no one does.

“Displaying no name or message on the back of a player’s jersey was not an option among the social justice messages agreed upon by the Players Association and the NBA as modifications to the rules regarding uniforms,” an NBA spokesperson said in a statement. “Per league rules, the uniform may not be otherwise altered and anyone wearing an altered jersey will not be permitted to enter the game.”