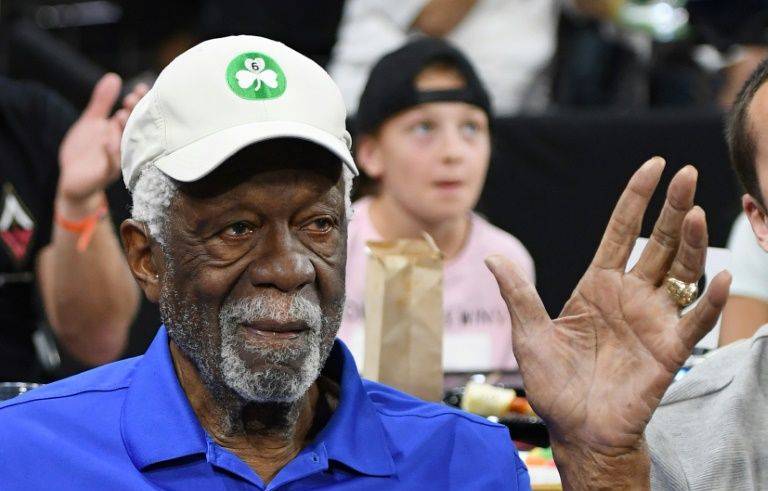 New York (AFP) – Bill Russell accepted his Basketball Hall of Fame ring on Friday after refusing it in 1975, the 11-time NBA champion saying other black players deserved to be enshrined before him.

He also served as coach of Boston’s NBA championship teams in 1968 and 1969, the first black coach in North American professional sports.

The dominating center became the NBA’s first black superstar but did not feel it was his place to become the first black player in the Hall of Fame given the pioneers who came before him.

That issue was somewhat eased this year when Chuck Cooper was inducted into the sporting honor shrine in Springfield, Massachusetts.

In 1950, Cooper and fellow Hall of Famers Earl Lloyd and Nat Clifton became the NBA’s first African-American players. Cooper was the first black player drafted by an NBA club, taken by Boston with the first pick of the second round in 1950.

Russell, who helped spark the US squad to men’s basketball gold at the 1956 Melbourne Olympics, accepted the ring alongside retired NBA pals Bill Walton and Alonzo Mourning and former women’s star Ann Meyers.

“”In a private ceremony w/my wife & close friends A.Mourning @AnnMeyers @billwalton & others I accepted my #HOF ring,” Russell tweeted. “In ’75 I refused being the 1st black player to go into the @Hoophall I felt others before me should have that honor. Good to see progress; ChuckCooperHOF19.”

Regarded as one of the greatest players in basketball history, Russell scored 14,522 points, grabbed 21,620 rebounds and passed off 4,100 assists.

In 2011, Russell was awarded the US Presidential Medal of Freedom for his achievements in basketball as well as for his work in the civil rights movement.