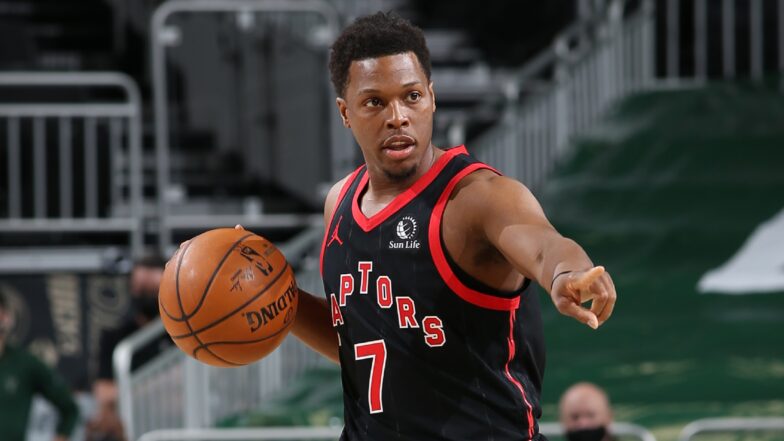 Kyle Lowry has spent his last nine seasons with Toronto.

(AP) — Free agency doesn’t start until 6 p.m. Eastern on Monday. The machinations toward getting ready, however, were in full steam on Sunday.

And the Miami Heat were at the center of the activity.

With Kyle Lowry set to become one of the top free agents available once the shopping window opens, the Heat announced that they picked up the $19.4 million option year on point guard Goran Dragic on Sunday — a move that could be a precursor to making a deal for Lowry, who was a Miami target at the trade deadline this past season.

Lowry won’t be the only big name to be closely followed on Monday.

A person with knowledge of the situation said that Kawhi Leonard was declining his $36 million option for this coming season with the Los Angeles Clippers, and another person said Chris Paul was declining his $44 million option with the Phoenix Suns. Those people spoke to The Associated Press on condition of anonymity because neither move was announced publicly and in both cases, said that Leonard and Paul would take the opportunity to negotiate longer deals and remain with their respective teams.

“We’ll know what his decision is at that point in time,” Suns general manager James Jones said last week when asked about Paul’s future. “But I think what we have is enticing, I think he likes being here, we like having him here. So, I’m confident that we’ll be able to have a conversation — hopefully in the coming days that will make everyone happy.”

The 35-year-old Lowry has spent his last nine seasons with Toronto and said after this past season that he wants not just to compete for more championships but that he wants to ensure that his “family is taken care of for generations.”

“Money talks, and years talk,” Lowry said in May.