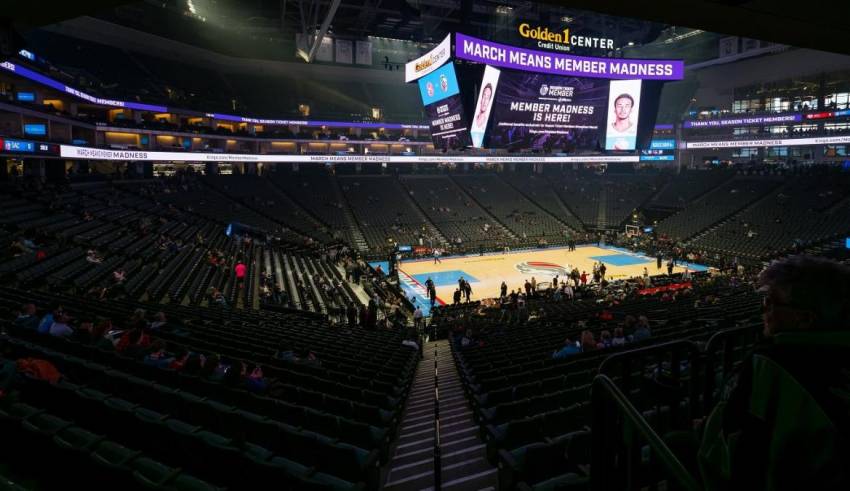 The NBA is currently dealing not only with the short-term problem of figuring out to finish this season, but the long-term issue of how to maximize revenue next season with the coronavirus pandemic likely still raging on. While nothing is set in stone yet, ESPN’s Adrian Wojnarowski reports that the NBA is considering a potentially risky measure: allowing fans to attend games during the 2020-21 season, but only filling a certain percentage of the arena (with 15-20 percent of capacity being the number currently being reported).

“It sucks, but it just may be our reality for a while,” Silver told players on a conference call earlier this week, according to audio obtained by ESPN. “It may be that … there’ll be a point we can bring a portion of our fans back where they sit every other seat or every third seat.

At the moment, it is not yet known whether or not this would be safe or if local governments would allow it. The idea would seemingly involve spacing fans out by leaving a certain number of seats vacant. It is unclear how exactly they would decide what a safe distance might be, but the challenge in doing so would be making it work in every direction. A six-foot radius would likely stretch across multiple seats in multiple rows, for example, so seating even a single fan may take up several seats when you factor in the empty seats that would need to surround him or her. None of this factors in potential crowding at concession lines or restrooms.

If allowing fans into arenas is at all safe, it is something the NBA will no doubt consider. A recent estimate suggested that 40 percent of NBA revenue is derived from fans attending games. The league will do anything reasonably possible to recoup some of that revenue. At a certain point, though, opening doors to fans could theoretically become more expensive than it’s worth. After all, NBA teams would still need to fully staff arenas. Electricity costs would likely remain somewhat stable despite the number of fans in buildings, as would in-game entertainment. There is a cost associated with simply opening the doors. The league needs to figure out at what percentage attendance becomes a profitable venture.

And all of this assumes that there is any safe way to bring fans back to games. None of that is a certainty. The league is still grappling with the idea of playing games that do not include fans. Reintegrating them is still several steps down the road.