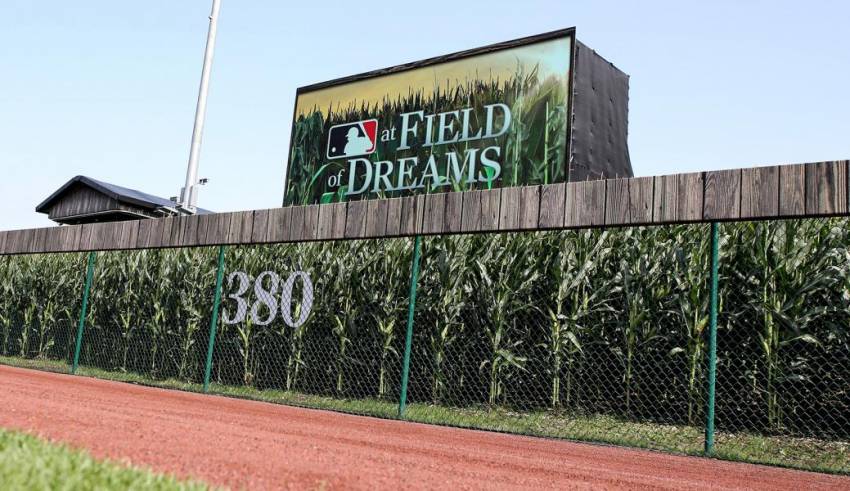 Could the NBA be headed outdoors sometime in the near future?

Major League Baseball saw tremendous success with last month’s “Field of Dreams” game between the Chicago White Sox and New York Yankees, which was played at an 8,000-seat stadium located in the middle of a Dyersville, Iowa cornfield. The second iteration of the game is already set for August 2022, this time featuring the Chicago Cubs and Cincinnati Reds.

Evan Wasch, NBA executive vice president of basketball strategy and analytics, recently said on “The Crossover” podcast that the league is exploring the possibility of holding a similar type of outdoor event.

“The biggest concern is the basketball one you highlight, that whether it’s blacktop and injury concerns or a wooden court outside with humidity concerns and moisture that can get on the court, being beholden to rain, all of those things become a consideration. We’ve explored it, and we’ll continue to talk about it,” Wasch said (h/t ProBasketballTalk).

“Obviously, the ‘Field of Dreams’ game was incredibly successful. So, no surprise it has sparked some discussions, and it’s worth exploring. But the logistical challenges of a basketball game outside are just significantly more than a baseball game, which, of course, is already outside.”

As Wasch noted, there are some legitimate logistical hurdles that come with trying to pull off an outdoor NBA game, from the playing surface to the weather and injury concerns. But the league does have somewhat recent experience with it, albeit in the preseason.

From 2008-10, the Phoenix Suns hosted one preseason game per year at the Indian Wells Tennis Garden in Indian Wells, Calif.

Meanwhile, the NCAA held a few regular-season outdoor games on aircraft carriers in the early 2010s. Dubbed the Carrier Classic, a total of three games (two men’s, one women’s) were played on ships in San Diego and Charleston, S.C from 2011-12. There were two matchups in 2012, one in Charleston and another in Jacksonville, Fla., that were cancelled due to condensation on the courts, and the series was then discontinued.

We’ll see if the logistical issues prove to be too much for the NBA to overcome. But it would be cool if a ‘Court of Dreams’ game (maybe at Rucker Park in New York?) comes to fruition.