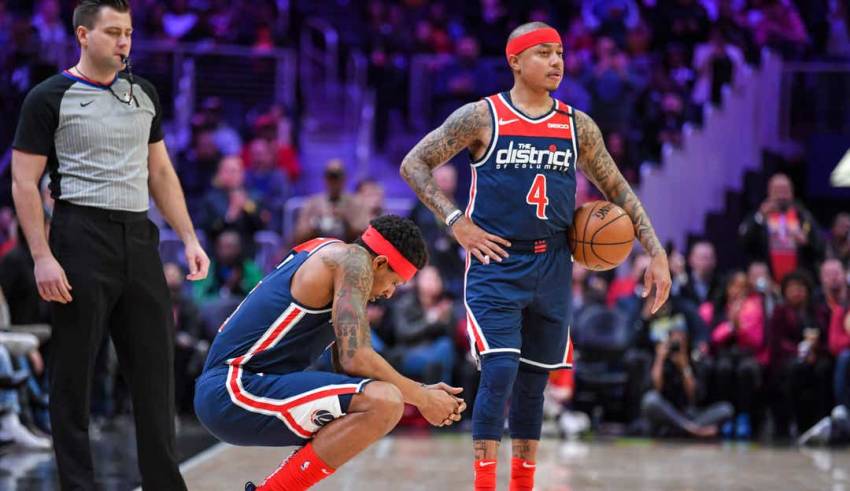 The NBA did not give serious consideration to postponing Sunday’s games following the death of Kobe Bryant, his daughter, Gianna, and seven others in a helicopter crash in Calabasas, California, earlier in the day, a person familiar with the league’s thinking told USA TODAY Sports.

The person requested anonymity because they were not authorized to speak publicly about the sensitive nature of the tragedy.

It has been suggested by many that Bryant, who wanted nothing more than to win games, would have wanted teams to honor him by playing.

The league also received criticism on social media for playing games. However, there are other logistical reasons, such as arena availability and rescheduling six games for 12 teams with less than half a season remaining, that make it difficult to play postponed games.

Because the league had afternoon games scheduled, teams were already in arenas getting ready to play when news of Bryant’s death began reaching players.

It was plain to see basketball was not first and foremost on players’ minds. Houston’s Tyson Chandler shook his head on the bench, trying to comprehend the news.

Teams playing in the afternoon closed their locker rooms to media before the game.

Many of today’s players grew up watching and emulating Bryant.

“When we heard it, we didn’t really feel like playing basketball at the time. … Whole first half I wasn’t even thinking about basketball,” Denver’s Michael Porter Jr. told reporters after the Nuggets beat the Rockets 117-110. “It felt like my head was somewhere else. Even in the second half… it was tough, just because I love Kobe. He’s a legend to me. I looked up to him my whole life, watched his highlights all the time.”

Toronto and San Antonio paid a beautiful tribute to Bryant by letting the 24-second shot clock expire on the first possession for each team. Bryant wore No. 24 for a portion of his career.

Opinion: Kobe Bryant was one of a kind even in retirement

“Good game, tough loss, who cares,” Spurs coach Gregg Popovich said. “Most importantly, I appreciate you all letting the locker room be tonight. Everybody’s pretty emotional about the tragedy with Kobe.

“All of us know what a great player he was, but beyond great playing, he was a competitor that goes unmatched and it’s what made him as a player so attractive for everybody, that focus, the competitiveness, the will to win and even more importantly than that, we all feel a deep sense of loss for what he meant to all us in so many ways and so many millions of people loved him for so many different reasons.”

The news also hit Lakers star LeBron James hard. He was videoed hugging people and wiping tears after the Lakers’ team plane landed in Los Angeles. The team flew back from Philadelphia, where last night James passed Bryant for third place on the all-time scoring list. After the game, James talked fondly of his admiration for Bryant.