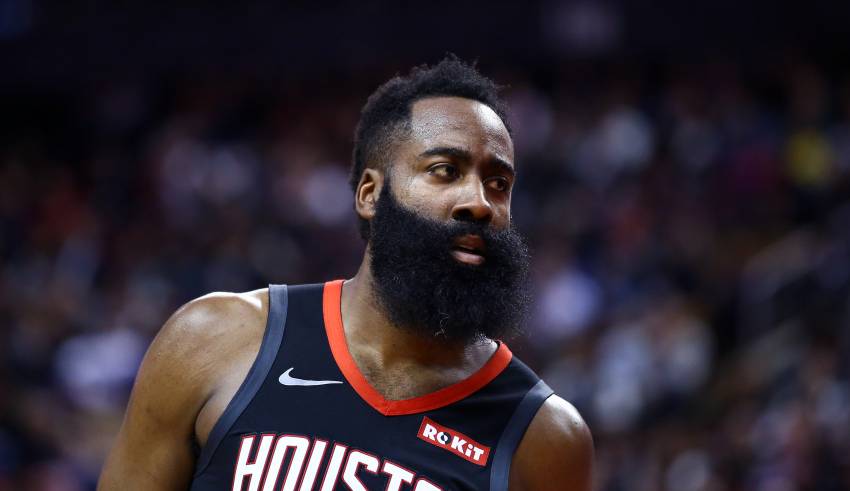 James Harden #13 of the Houston Rockets looks on during the second half of an NBA game against the Toronto Raptors at Scotiabank Arena on December 05, 2019 in Toronto, Canada.

The National Basketball Association denied the Houston Rockets’ protest of their Dec. 3 contest against the San Antonio Spurs, which resulted in a 135-133 double-overtime loss, the league announced Monday.

The incident that sparked the protest came with 7:50 left in the fourth quarter, with the Rockets leading the Spurs 102-89. James Harden recorded a steal and what appeared to be a clean dunk, which would’ve increased the Rockets’ lead to 15.

In the statement, the NBA explained that Harden’s basket was “dunked with such force that, as it cleared the net, the ball was propelled around the basket and upward, creating an initial appearance that it was not a successful field goal. Houston then called a timeout, and the officiating crew conference to discuss the play.”

In their protest, the Rockets say officials James Capers, Kevin Scott, and John Butler “misapplied the playing rules by failing to grant a Coach’s Challenge in connection with James Harden’s fourth-quarter dunk, and that this error had a clear impact on the outcome of the game by depriving the team of two points.”

According to a league source, the Spurs acknowledged the error but claimed there was no misapplication of the playing rules in their response to Houston’s protest. The team also argued the Rockets had sufficient time, which was extended via two overtimes, to impact the game, which the Rockets led by as many as 22 points.

NBA commissioner Adam Silver agreed with the Spurs’ statement and determined a “game protest was not warranted.”

The league also announced that the three officials were disciplined for “misapplying the Coach’s Challenge rule.” The league acknowledged that if “properly granted” the instant replay would show Harden’s basket counted.

The Rockets will play the Spurs again on Dec. 16 in Houston.