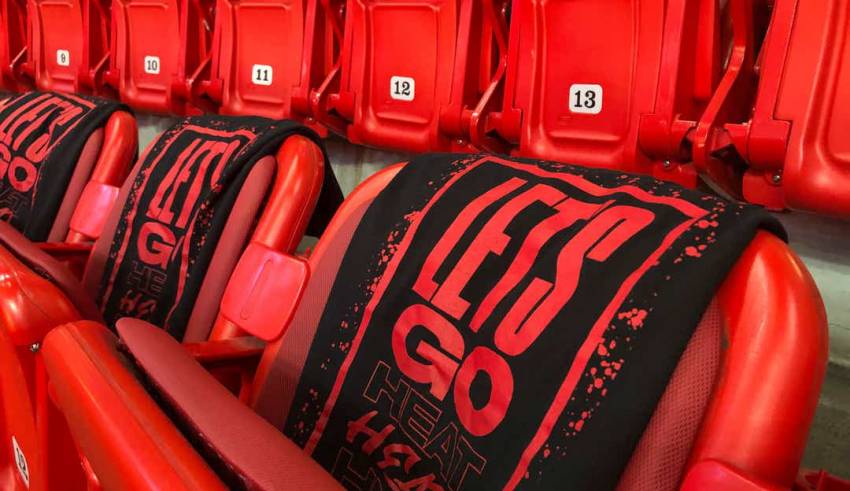 NBA owners and team representatives may have left Tuesday’s video conference with Commissioner Adam Silver feeling a sense of optimism that the 2019-20 season will resume.

But the league is not projecting that optimism. Nor is it projecting pessimism. What Silver said a month ago remains true: “I don’t mean to send any signals about the likelihood or not of restarting the season.”

There is a daily tug of war – not only in sports and the NBA but throughout the country – between optimism and pessimism with realism playing a crucial role.

On the call, Silver addressed particulars of a return, including the possibility of a bubble site or city and said teams and players should get used to the idea of continuing play after a positive test or they shouldn’t be going down this path to a restart, but he did not indicate a return was imminent.

Silver – casual in a button-down shirt with no tie on the video call – delivered a Powerpoint presentation detailing what the NBA is following that will help guide the decision to return or cancel the remainder of the season:

All of those factors will be considered as the league looks to make a decision in the next 2-4 weeks, although it could be longer.

Nationwide testing is not yet adequate, though the NBA can likely procure enough testing kits, and the trajectory of cases isn’t declining everywhere.

Take Clark County, Nevada where the NBA could resume play in Las Vegas. In the past month, confirmed cases increased from 2,500 to 4,900, according to the Johns Hopkins Coronavirus Resource Center. In the past week, there have been 400 new confirmed cases.

However, in Orange County, Florida – the site of ESPN’s Wide World of Sports Complex where NBA games could be played – there have been approximately 500 new confirmed cases in the past month, going from 949 to 1,500. But after no more than 19 cases in a single day through the first 10 days of May, there were 34 new confirmed cases on Tuesday.

Some coronavirus data suggests the national curve is flattening, and one model projected daily deaths falling to 100 or less by August.

“These are some of the hurdles that we have to work through if we want to open up and do so safely,” said former U.S. surgeon general Vivek Murthy who is advising the NBA. “Do I think we can overcome these hurdles? Yes, I do. We can do better testing, we can bring our caseload down more aggressively following public health guidance.

“We can build out the capacities that our health departments need to contract trace and isolate so that if we do find more cases that we can contain them before they spread too far. We can do these things. But we haven’t gotten there yet and that’s what concerns me.”

Yet, he also sees a pathway to games as long as risks are reduced.

“I don’t think we have to wait until we have a vaccine to bring sports back in a limited capacity,” Murthy said. “But I also don’t think there’s a scenario where we can completely eliminate risks. If we play a game without fans in the stadium, we can lower the risk of transmission that we know is facilitated by crowds.

“If we are testing players regularly and also asking them to follow social distancing rules and limit their contact outside in the community, then we can further the risks of an outbreak. If we’re playing our games in communities that have sound public health measures in places and low prevalence of infection, then they further reduce the chances of an outbreak.”

Three NBA agents with whom USA TODAY Sports granted anonymity so they could speak freely had differing thoughts.

“The players I work with are taking this seriously, and they are trying to find out the information,” one agent said. “They wonder, ‘How are you going to start playing when we still have social distancing?’ No players I’m speaking with are thinking, ‘We’re trying to come back.’ ”

The National Basketball Players Association also indicated in a memo to agents that players wanted to resume this season only “if it were safe to do so,” and in an informal poll, players overwhelmingly told the NBPA they want to return.

“My vibe is the influential players want their money, and they’re going to make the call,” another agent said. “The players are trying to have it both ways. They’re criticizing ownership for putting them out there and risking their health. But they also want to play and get their money.”

Can the NBA and players recoup some lost revenue from a suspended season? Or will maximizing health and financial earnings become mutually exclusive? Based on various conversations with team executives and agents, it appears all sides are willing to dip their toe into the pool while remaining cautious about jumping into the water.

While the gradual opening of NBA practice facilities to a max of four players at time is minor progress, some haven’t opened, and the Toronto Raptors have allowed just one player in a time.

“I don’t know too many players that are super concerned,” a third agent said. “I don’t think anyone is thinking, ‘I don’t want to go to the facility because I’m going to get sick.’ ”

As for playing in actual games, though? That appears to be a different story. The NBA and NBPA have discussed various scenarios on where and when to resume games without fans.

For example, a plan to play in Las Vegas includes the following details, according to a person familiar with the league’s thinking:

“I don’t understand how they’re going to be able to do this,” one of the agents said. “It sounds good that they can play in a bubble. But what if one player gets exposed? Are you going to shut the season down again? The theory sounds great and sounds terrific, but real life sometimes gets in the way.”

Since the NBA suspended its season on March 11, it has had the benefit of time. But with time becoming more crucial by the day, the window to make a decision is closing. That’s why the next month is so important as it tracks the latest COVID-19 developments in and outside of sports.