July 12, 2020
Trending
Home NBA NBA Coach Thinks There Will Be a Lockout for 2021 Season If They Don't Restart – Bleacher Report

As NBA players raise concerns about resuming the 2019-20 season, at least one coach sees significant issues if play does not continue.

“I think there’s going to be a renegotiation of the CBA, there will be a lockout [in 2020-21] and you’re going to see something similar to what’s happening right now in baseball,” a Western Conference coach told Tim Bontemps of ESPN. “You’ll see a very different NBA going forward if, in fact, we don’t play.”

MLB has been unable to start its 2020 season because of a financial dispute between owners and players as they try to agree on how a shortened campaign would work.

The NBA has already approved a return to play with 22 teams set to compete in Orlando, Florida, beginning July 30. However, there has been pushback from players, and Brooklyn Nets star Kyrie Irving has led a call for players to sit out the games, per Adrian Wojnarowski of ESPN.

There are numerous player concerns, including being a distraction from ongoing protests against racial injustice. Los Angeles Lakers center Dwight Howard broke down his thoughts Sunday:

Dwight Howard statement, provided by his agent, to CNN: https://t.co/sk9uSSHlpp

Other issues include injury risk after a long layoff, as well as restrictions of playing inside the NBA’s bubble in Orlando, per Wojnarowski.

If these disputes lead to a canceled postseason, it could result in significant economic problems for the league.

Per Bontemps, executives project about $1.2 billion in lost player salary. ESPN’s Bobby Marks previously reported basketball-related income would drop $1 billion to $2 billion, leading to a salary-cap reduction of $25 million to $30 million for 2020-21.

This could lead to drastic changes to free agency with little money available for players.

A renegotiated collective bargaining agreement would likely further the divide between players and owners.

The 2020-21 season is scheduled to begin Dec. 1, leaving only seven weeks for an offseason after the final possible day of the NBA Finals on Oct. 13. 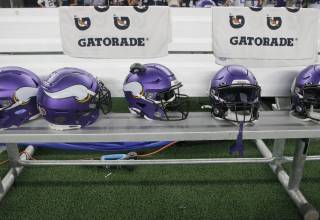