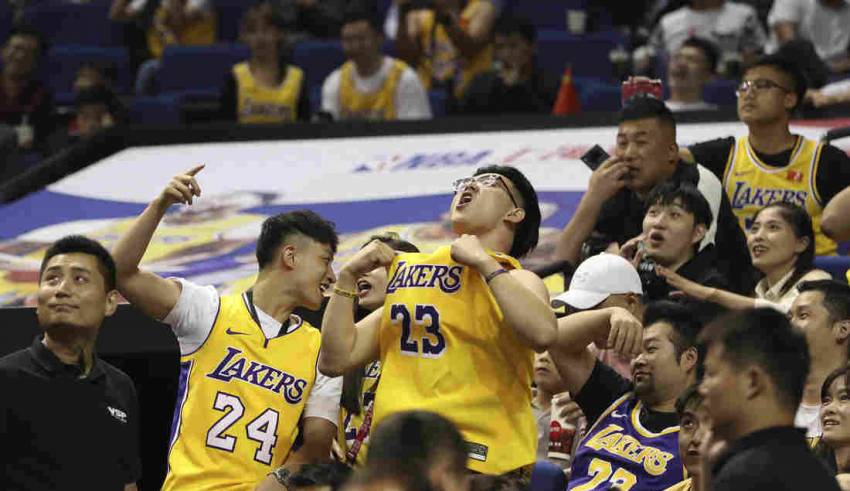 Chinese fans react during a preseason NBA game between the Brooklyn Nets and Los Angeles Lakers in Shanghai on Thursday. While no formal conferences will take place, a league source said the teams can hold their media gatherings independent of the NBA.

After several days of controversy, the NBA will complete its exhibition series in China with Saturday’s game between the Los Angeles Lakers and the Brooklyn Nets. But the league says basketball players, including two of the game’s biggest stars in LeBron James and Kyrie Irving, will not address the media in news conferences after.

While no formal conferences will take place, a league source tells NPR that if the Lakers and Nets decide to hold their media gatherings independent of the NBA, they are welcome to do so — and that there would be no repercussions from the league. The source also says the league hasn’t had any discussions about what the teams might decide.

Saturday’s game will end a rocky week between the NBA and China, sparked by an NBA team executive’s since-deleted tweet voicing support for pro-democracy protests in Hong Kong.

The NBA said it canceled news conferences for the rest of its games in China after conferring with players and teams.

“We have decided not to hold media availability for our teams for the remainder of our trip in China,” the NBA says in a statement.

“They have been placed into a complicated and unprecedented situation while abroad and we believe it would be unfair to ask them to address these matters in real time,” the league says of the players. 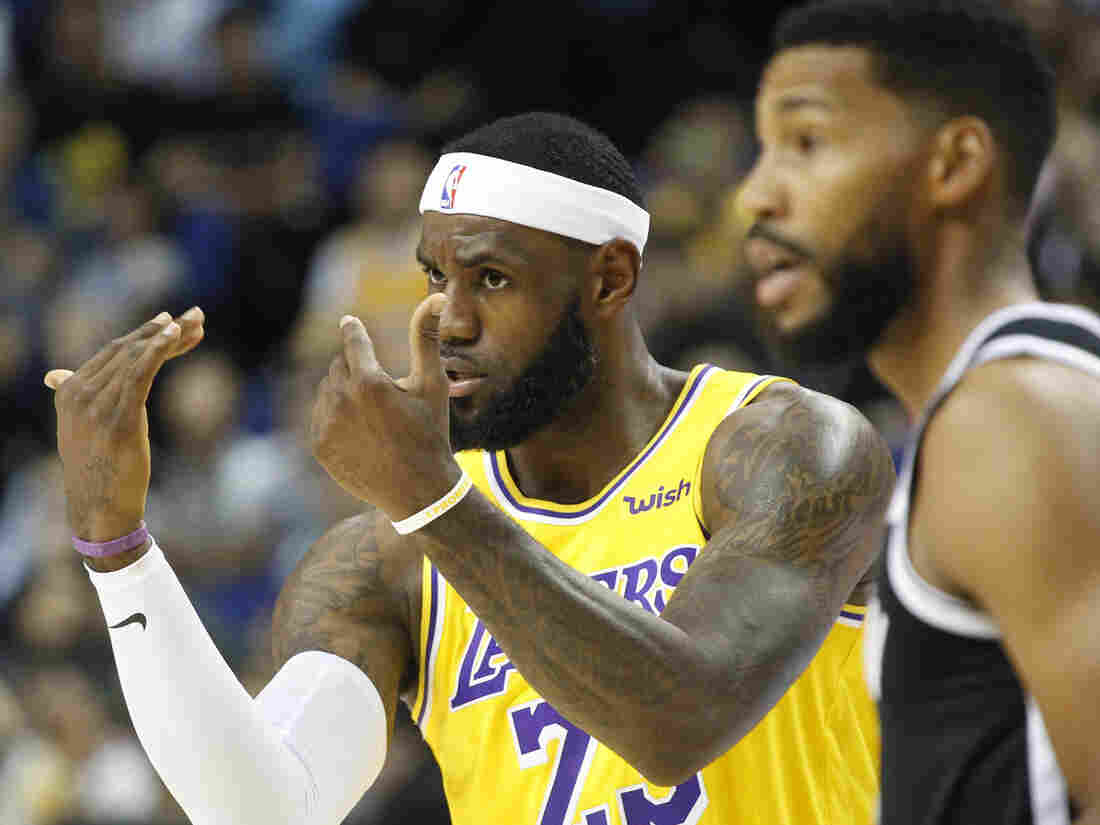 The NBA says basketball players, including LeBron James, will not address the media in news conferences after the preseason games.

“[The NBA is] referring to the fallout after Daryl Morey, the Houston Rockets general manager, tweeted in support of Hong Kong protests. That unleashed a storm of criticism in China and China’s state broadcaster and tech giant Tencent dropped streaming this week of two NBA pre-season games being played in China.”

ESPN reports the NBA nixed a scheduled press conference Thursday that was set to take place before a game in Shanghai.

That game between the Nets and Lakers was played “with a stipulation by the Chinese government, mandating that no media availability of any kind be held at the game and that NBA commissioner Adam Silver cancel his pregame news conference,” ESPN says.

The NBA spent much of the week trying to get past the controversy that began after Morey tweeted: “Fight for Freedom. Stand with Hong Kong.”

That tweet was quickly deleted, but not before thrusting the league into a vexing position in China. Several Chinese officials and businesses, including the Chinese Basketball Association, headed by former NBA star and Hall of Famer Yao Ming, said they would drop their dealings with the Rockets.

The NBA, like many other U.S. businesses, wants to grow its business in China, where basketball is wildly popular.

The league’s initial statements, issued in both English and Mandarin, exposed the NBA to criticism that it was attempting to appease China at the cost of traditional U.S. values — such as free speech. The fallout forced the NBA to issue another statement and hold a news conference to reaffirm the league’s stance that it will not censor players or teams.