NBA betting boards are loaded with eight contests on Nov. 16, 2019. After scouring the schedule, we have a trio of best bets for Saturday’s action.

Picking up where it left off last season, Milwaukee is off to a fast start. Offense is powering the way as the Bucks lead the NBA with 120.3 points per game. Not so good on defense, Milwaukee is 17, giving up 112.1 PPG. Second-leading scorer Khris Middleton is out with a quad injury. A tough out, no matter where they play, the Bucks are 5-2 on the road. Meeting for the first time this season, Milwaukee was 3-1 straight up and against the spread versus the Pacers last year.

Opening with two losses to Detroit and one to Cleveland, the Pacers went 7-1 before losing 111-102 in Houston last night. Top scorer Malcolm Brogdon left that game with a back injury and is day-to-day. Indiana is 19th on offense, scoring 108.8 PPG, and fifth on defense, allowing 104.6 PPG. A scheduling quirk, the Rockets were the first team Indiana played that did not have a losing record. Seven of the 11 squads Milwaukee has faced are .578 or better. Back the battle-tested Bucks.

Losing Kawhi Leonard to the Clippers, preseason expectations were middle of the road for the defending NBA champions. With Pascal Siakam and Fred VanVleet leading the way, the Raptors are two games out of first in the Eastern Conference. Toronto is 3-1 heading into the final game of a tough five-game road trip. Kyle Lowry and Serge Ibaka have missed games due to injury recently and remain out here as well.

Energized by the play of sophomore star Luka Doncic, Dallas is hanging around in the final West playoff spot. Taking the team on his back, Doncic leads the Mavericks in points, rebounds, assists and steals. Dallas is just 4-7 against the spread while OVER is cashing at an 8-3 clip. Two losses to the 3-9 Knicks during the Mavs’ last four games is a red flag. Toronto enjoyed a two-day break and “next man up” is working out well.

Atlanta opened the season with wins over Detroit and Orlando but the Hawks are just 2-7 since then. Following an overtime loss in Portland (124-113), an upset win as -10.5 dogs in Denver (125-121), plus a blowout loss in Phoenix (128-112), Atlanta is playing a fourth straight road game. With John Collins suspended, Trae Young (27.3) and Jabari Parker (18.4) are the only Hawks averaging double-digit scoring.

Los Angeles is back home after a pair of losses to Houston (102-93) and New Orleans (132-127) on the road. After missing the first 11 games, Paul George returned with 33 points versus the Pelicans. George joins Kawhi Leonard (26.8 PPG), Lou Williams (22.8) and Montrezl Harrell (18.3), who have all played well in his absence. With George back on the floor the Clippers will get on a roll that starts with a lopsided win over Atlanta. 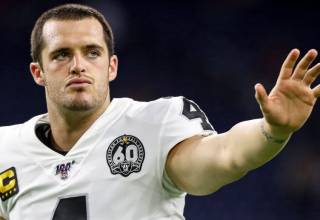 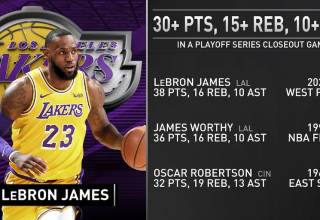