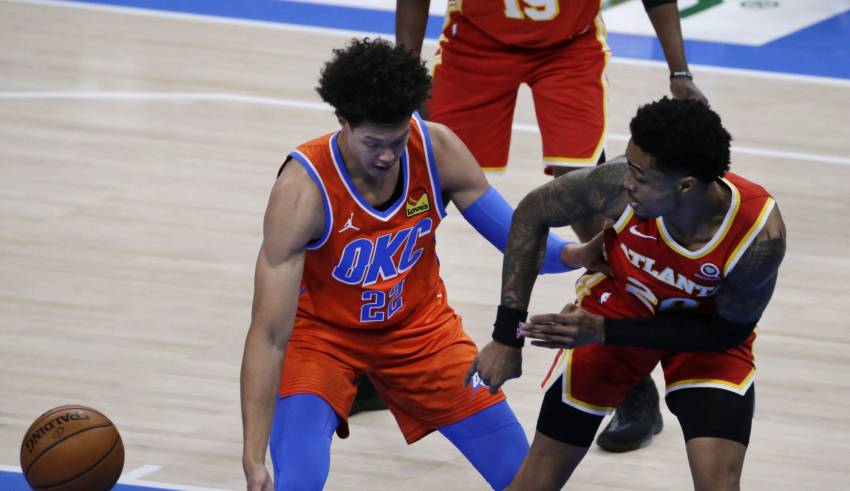 It’s not often the NBA gets involved in its teams’ operations during a game, but a very awkward uniform snafu left it no choice.

The Atlanta Hawks and Oklahoma City Thunder took the floor on Friday with both teams wearing their alternate uniforms, something other teams have done this season. What made it awkward was the actual color of the uniforms.

More than a few people on Twitter took notice, and the matter came to a head at halftime when the Thunder announced they would be changing uniforms. A team spokesperson put the blame on the Hawks for wearing the incorrect uniform colors, but said it would be the Thunder swapping jerseys because the Hawks only brought red uniforms with them.

From Thunder: “The Hawks are wearing the incorrect uniform color for the game. The league process of inputting uniform colors should have caught the orange/red combo, but because the Hawks only have red uniforms on the trip the Thunder will switch to white at the half.”

ESPN’s Royce Young reported that the change was requested by the league.

It was a request from the league that the Thunder switch uniforms for the second half.

The Thunder indeed took the floor in the second half wearing their usual home white uniforms.