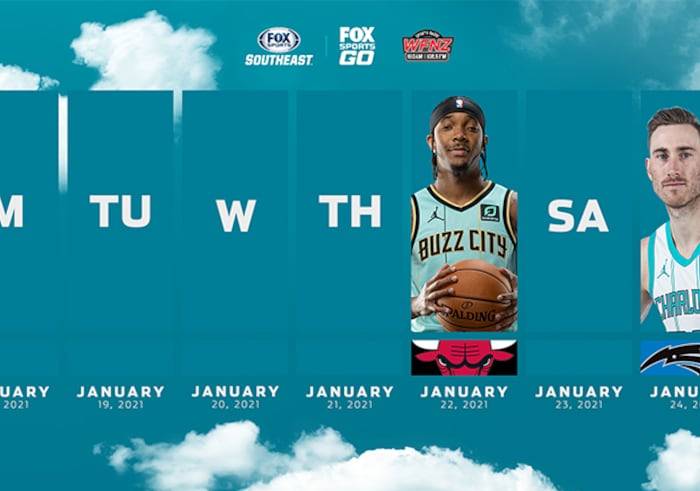 All remaining regular-season games will be broadcast on radio on WFNZ and the Hornets App.  First-year play-by-play man Sam Farber has the call on the Hornets radio broadcast with the pregame show on WFNZ hosted by WFNZ personalities Travis Hancock and Kyle Bailey and postgame hosted by Bailey and Stan Norfleet.