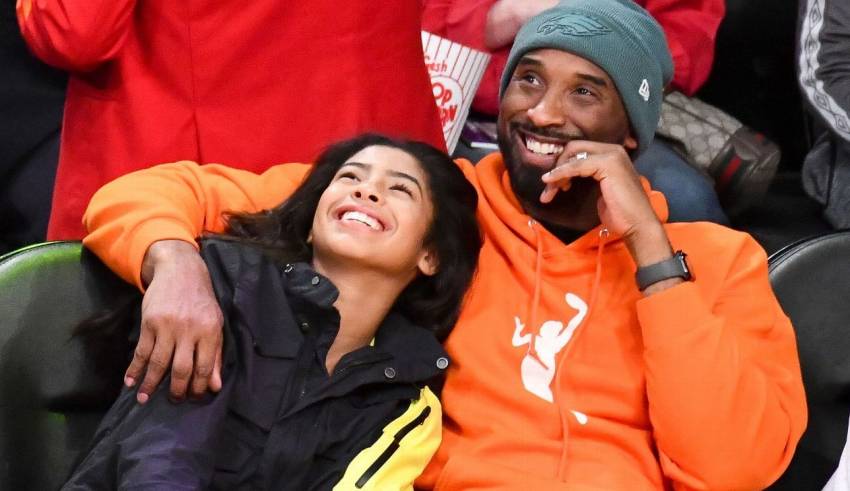 The NBA’s All-Stars will be playing this year with Kobe Bryant and Gianna Bryant on their minds and on their jerseys.

So, coming soon: No. 24 Giannis Antetokounmpo and No. 2 LeBron James.

Kobe Bryant spent the final 10 seasons of his career in a No. 24 jersey. Gianna Bryant, his 13-year-old daughter and an outstanding young player, wore No. 2 on her jersey.

All players taking part in All-Star Weekend — including the Rising Stars game Feb. 14 and the Saturday night events such as the 3-point contest, slam dunk contest and skills competition — will wear a patch with nine stars to commemorate the nine victims of Sunday’s helicopter crash in Calabasas, California.

The patches for Feb. 14 and Feb. 15 will also bear the Nos. 2 and 24. The patches for the All-Star Game will be slightly different, showing only the nine stars since players will already be wearing the numbers.

The decision means that almost every All-Star is assured of wearing a different number than usual. The only All-Star who regularly wears 2 or 24 is Kawhi Leonard, who dons No. 2 for the LA Clippers.

Antetokounmpo and James, the captains for the Feb. 16 game in Chicago, will pick their teams this coming Thursday.

“It’s been a rough week because of Kobe,” said Miami Heat forward Bam Adebayo, a first-time All-Star who never met Bryant but was a huge fan and was hoping to meet him at All-Star Weekend this year. “Just going through that, it’s been rough.”

The plan for the jersey numbers is the second known Bryant-related tribute scheduled for this year’s All-Star Game. The NBA has changed the format and will add 24 — Bryant’s last number — to whatever the leading team’s score is after three quarters to set a target score. The first team to hit that target score will win the game.

The patches will pay tribute to John, Keri and Alyssa Altobelli; Sarah and Payton Chester; Christina Mauser; and Ara Zobayan in addition to the Bryants. The group was on its way to a basketball tournament where Gianna Bryant was scheduled to play when the helicopter they were traveling in crashed. There were no survivors.

Jersey-related tributes have been many in the days since the crash. Connecticut’s women’s basketball team displayed a No. 2 jersey for Gianna Bryant — she was a UConn fan and hoped to play there one day — on its bench for a game earlier this week against the U.S. national team. Hockey star Alex Ovechkin of the Washington Capitals took the ice this week in a No. 24 jersey as a Bryant tribute; Ovechkin usually wears No. 8, the number Bryant used in his first 10 years with the Los Angeles Lakers.

A number of NBA players have announced that they will no longer wear 8 or 24 in tribute. All-Star Joel Embiid of Philadelphia played in a No. 24 jersey instead of his usual No. 21 earlier this week, his way of showing respect to Bryant. Atlanta All-Star Trae Young, who idolized Bryant, started a game in a No. 8 jersey on Sunday before switching back to his usual No. 11.

Bryant is the No. 4 scorer in NBA history and was an 18-time All-Star during a 20-year career, all with the Lakers. He started 15 of those All-Star Games, a record that will be passed this year when James starts his 16th.

Bryant — still the youngest All-Star in league history — was All-Star MVP four times, tying Bob Pettit for the most ever. Bryant’s 38 career All-Star steals is another game record.