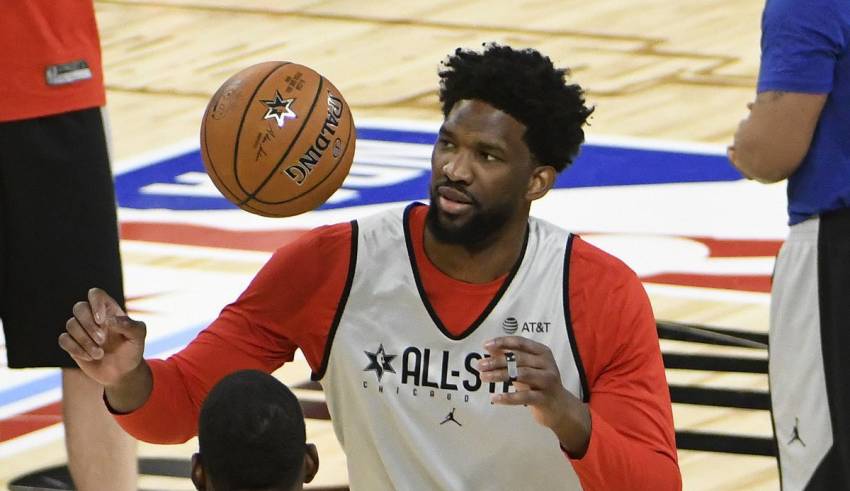 Teams selected by All-Star team captains Giannis Antetokonumpo of the Milwaukee Bucks and LeBron James of the Los Angeles Lakers will face off in a star-studded offensive exhibition that will be light on defense. But the often-overlooked exhibition game has been injected with some much-needed interest this year, thanks to the addition of some new rules.

The biggest change will be the untimed fourth quarter, when Team Giannis and Team LeBron will race to be the first to reach a “final target score,” determined by taking the leading team’s cumulative score through three quarters and adding 24 points (one of the game’s many nods to Kobe Bryant). TNT will broadcast the fourth quarter commercial-free, and the shot clock on the score bug will light up gold and purple at 24 seconds and eight seconds, another nod to Bryant.

For Philadelphia fans tuning in, there will be two Sixers players on the court tonight. Center Joel Embiid, who was the first player selected by Antetokounmpo, was voted an All-Star starter for the third straight year. Opposing him will be point guard Ben Simmons, who was taken by James after being named an All-Star reserve player for the second straight year.

Get Sixers news and analysis in your inbox all season long.

Here’s everything you need to know to watch or stream this year’s NBA All-Star game:

What are new rules for the All-Star game?

There are two main rules changes that will certainly make the often-mocked exhibition game more interesting this year:

1. Every quarter counts: Each quarter will start tied 0-0, and the team with the highest score after each 12-minute quarter will donate $100,000 to their designated Chicago-based charities. If the first or second quarter ends in a tie, the prize will be added to the next quarter’s pot. If the third quarter ends in a tie, the prize money goes to the team that wins the game.

2. Untimed fourth quarter: The game clock will be turned off at the start of the fourth quarter, and the two teams will race to be the first to reach a “final target score” determined by adding 24 points to the leading team’s cumulative score through the first three quarters.

It will be interesting to see how it plays out during the fourth quarter of the All-Star game. In theory, a rule like this cold eliminate the hack-a-thon during the final minutes that slow most NBA match-ups to a screeching halt.

Sunday’s coverage of the All-Star games begins at 6 p.m. with TNT NBA Tip-Off, featuring Ernie Johnson, Charles Barkley, Kenny Smith, and Shaquille O’Neal live from Chicago. The popular studio crew will return on NBA TV following the game for a special edition of Inside the NBA.

There will also be a virtual reality version of the game available to fans on the TNT VR app using Oculus Go or Samsung Gear VR. Calling the game for VR viewers will be Noah Eagle, Richard “Rip” Hamilton, and Ro Parrish.