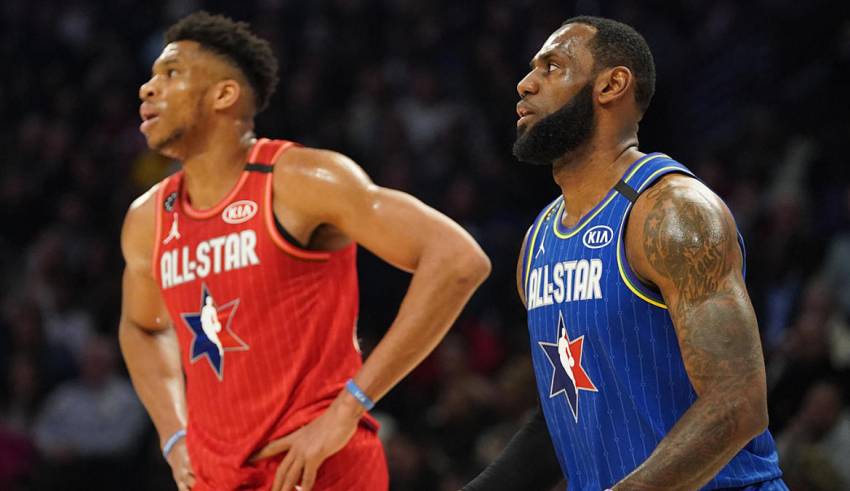 The final quarter of the 2020 NBA All-Star Game was one for the ages, and it had everything to do with a term you might need to seriously familiarize yourself with: the Elam Ending. When it was all said and done, it was Team LeBron edging Team Giannis 157-155.

The brainchild of a middle school principal from Dayton, Ohio by the name of Nick Elam, the Elam Ending eliminates the use of a clock down the stretch of games and instead establishes a target score to determine the winner. What little national exposure the format has gained comes by way of The Basketball Tournament — a single-elimination, 64-team nationwide tournament, open to anyone, with a $5 million prize.

In The Basketball Tournament, the clock turns off at the first play stoppage with under four minutes to play in the fourth quarter. At that point, officials take the point total of the team winning the game, add eight, and that becomes the target score. The first team to hit that number wins.

For the NBA All-Star Game on Sunday, there were a few tweaks to the format. First, the clock was shut off the entire fourth quarter, and the target score was determined by adding 24 points to the leading team’s total, in honor or Kobe Bryant’s jersey number. It all boiled down to the same thing: a wild ending uninterrupted by intentional fouling, which under the Elam Ending format serves no purpose. Fouling someone only puts them on the free throw line to inch closer to the winning number.

Even if you’re not scoring yourself, as long as you’re getting stops on the defensive end, you’re not losing any ground. There is no clock ticking down. The urgency of every possession, particularly as the target number comes into view, ratchets up considerably. If you watched Sunday’s All-Star Game, you saw electric evidence of this format’s intriguing advantages. Both teams were buckling down on defense in a way we’ve arguably never seen in an All-Star Game.

It gave us great one-on-one matchups. Giannis Antetokounmpo and LeBron James were in each other’s stuff defensively, blocking shots, crowding space. Kyle Lowry was taking charges. Nobody was forcing shots or seeking out highlights. Nobody wanted to be the one to screw up. It was a real game with what felt like real stakes. Every made basket was fist-pumping fun, and the few free throws that were taken felt legitimately tense — including the one Anthony Davis hit that ultimately won the game, landing Team LeBron exactly on the 157 target score.

“I didn’t know what to expect because it was a new format, new year. None of us knew what to expect,” LeBron James said after the game. “But throughout the whole fourth quarter and at the end of the game, everybody was like, ‘That was pretty damn fun.'”

“It was dope,” Jimmy Butler said of the new format. “Damn sure got to compete at the end.”

The actual ending was the only thing that could’ve gone better for the Elam Ending folks that believe so strongly in their format and so badly want to see it eventually employed at major levels of basketball: The whole ending-on-a-free-throw thing was a buzzkill. But it’s not like a game can’t end on a free throw when playing against a clock. Too often, in fact, NBA games come down to free throws, most of which are mind-numbing formalities tacked on to an already-decided outcome.

Again, under the Elam Ending, there is no incentive to put your opponent on the line and every game is going to end, one way or another, with a game-winning shot. That is guaranteed excitement. Guaranteed drama. So many of these frustrating loopholes in traditional endings would be closed. Like fouling when you’re up by three points, for instance. Teams do this all the time because, why give a team a chance to tie the game with a 3-pointer when you can just send them to the free throw line for two free throws?

The strategy, like intentional fouls in general, is a direct contradiction of the whole point of having fouls in the first place. They are supposed to be punished, not rewarded. Under the Elam Ending, if you’re losing, you can’t crawl back into the game through a loophole. The only way you can get back into the game is by playing better basketball. You have to get defensive stops, and you have to score buckets. It’s in your control.

Also, it’s not just the losing teams that too often hijack late-game excitement. Sick of watching teams bleed out the clock when they’re winning late? The Elam Ending eliminates that, too. Stalling won’t get you any closer to the target score. You have to keep scoring.

“The end [of the game] was amazing,” Raptors coach Nick Nurse, who commanded Team Giannis, said. “I think everybody in the whole place was on their feet watching each possession, and [the players] were really going at it. … Offensively it was hard to get anything started. Even first passes were being denied. It felt like the end of a playoff game, which was really cool, I thought.”

It’s pretty obvious I’m with Nurse. This was a rousing success, and it’s worthy of seriously considering this format for real. Take the intensity of that All-Star Game as both teams neared the target score, and imagine that was Game 7 of a playoff series. Bonkers.

The only potential flaw, off the top of my head, would be the officials swalowing their whistles for long stretches of action. As it stands, officials are always tighter with their calls in the waning minutes — or certainly seconds — of games, but under the Elam Ending format you could have a team within one made basket of winning the game for 10 minutes. That sort of happened Sunday. Nobody wanted to end the game on a free throw.

It was fun as heck to watch, and personally I’d be all for a little more contact at the end of games for the tradeoff of uninterrupted play. Still, how the closing possessions of an Elam Ending game would be officiated would have to be considered thoroughly and executed consistently — or at least as consistently as late-game possessions are officiated under the traditional format, which, to be honest, sets a pretty low bar.

There would be a lot of kinks to work out if this format were to ever be seriously considered for real NBA games. The Ringer’s Kevin O’Connor suggested that the NBA should implement the Elam Ending in Summer League as an opportunity to work out some adjustments — including but not limited to how and when the target score is established.

I’m all for this. The NBA is a progressive league that knows it can’t stand still, and the way basketball games end at all levels is kind of a disaster. The only real argument behind ending games with a parade to the free throw line via a collection of intentional fouls is that’s the way it’s always been, which is the worst reason to continue doing anything in the world, sports or otherwise.

Traditions have to start somewhere, and there’s no reason they shouldn’t be able to end. There’s no reason anything shouldn’t be constantly evaluated in search of finding a better way. You don’t have to make the change. But consider it with an open mind. This Elam Ending offers a whole lot to like. 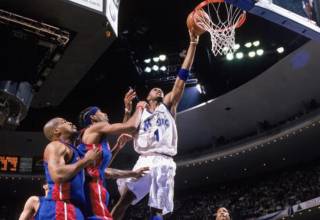 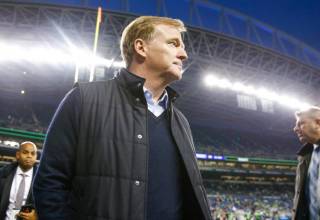 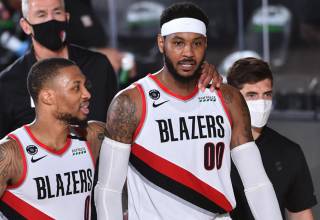