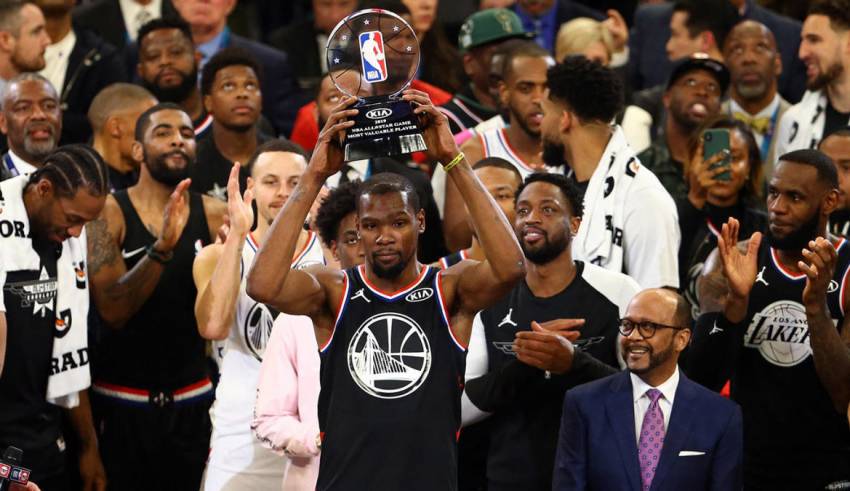 NBA All-Star Weekend is practically at hand, and with it comes one of the most difficult gambling scenarios of the season to navigate. Saturday’s events take players out of the team context in which we know them. Sunday’s game holds almost nothing in common with a regulation NBA contest. Oh, and this season, we have an entirely new format to contend with thanks to the game’s revamped “Elam Ending” variant. As a refresher:

Practically every major All-Star event has undergone some sort of shift either for this season or in the recent past. The 3-point contest has added two new shots from six feet behind the arc worth an additional three points each while also adding 10 seconds to its clock. The Rising Stars Challenge is in Year 6 of its USA vs. World format.

So how can you profit off of the weekend’s festivities? Let’s dig into each of the main attractions and find out.

Saturday’s All-Star events are designed to separate bettors from their hard-earned dollars in purely mathematical ways. The 3-point contest, for instance, has eight competitors, but only two of them (Devonte’ Graham and Zach LaVine) currently have odds worse than eight-to-one (both have held firm at +900). It’s not as if skill alone dictates winners. Jason Kapono has as many 3-point contest victories as Stephen Curry and Klay Thompson combined, and is the last two-time winner in a contest that recycles competitors more than any other. There is no rhyme or reason here. Last year’s winner, Joe Harris, had the fifth-best odds at +600. At this level of shooting, you are essentially just betting on luck.

The Skills Challenge is nearly as random. Remember, prior to adopting its current head-to-head format, the event was timed, and the winning times ranged from 25.5 to 45.2 seconds. Betting on anyone not only requires that contestant doing well, but relies heavily on everyone else failing, which is entirely out of their control.

The Slam Dunk Contest, where odds are available, is a bit more enticing because of the subjective nature of its judgment. Storylines can influence voting, and the two obvious ones this season belong to Aaron Gordon, who many believe was snubbed in 2016, and Dwight Howard, who is returning after more than a decade away from the contest and will almost certainly honor former teammate Kobe Bryant in some way. If you plan to bet sentiment, Howard is the safest pick. If it’s close, he’ll have an advantage.

So who wins the NBA Slam Dunk Contest? And what trend makes one player a must-back? Visit SportsLine right now to get Saturday’s NBA Slam Dunk picks, all from the SportsLine expert on a massive 77-47 NBA heater, and find out.

Considering the absurd scoring and lax efforts of most All-Star Games, one would assume that blowouts would be the norm. Lately, that hasn’t been the case. In the past decade, only the 2016 All-Star Game featured a margin of at least 15 points, and seven of the past 10 contests have been decided by single digits.

That should be true once again this season given the revamped Elam Ending format. Predicting effort is far from an exact science, but with Bryant’s memory setting the backdrop for all of the weekend’s festivities, we should reasonably expect something better than typical All-Star fare. All of this points to the underdog, Team Giannis. They opened as 4.5-point underdogs, a spread that would have covered two of the past 10 All-Star losers. The sample hides the value in that instance. A 20 percent cushion in what is essentially a toss-up is enormously valuable.

Who wins the NBA All-Star Game? And what critical X-factor determines the spread winner? Visit SportsLine right now to see which side is a must-back on Sunday, all from the SportsLine expert on a massive 77-47 NBA run.

If you take one bit of wisdom out of this piece, it’s this: bet the under.

Remember, this year’s All-Star Game has a scoring cap. No matter what the score is at the end of the three quarters, the 24-point target score limits the possible points that can come in the fourth quarter. Say the leading team is up by five. The fourth quarter could not exceed 52 total points, which would be 29 for the come-from-behind victor and 23 for the loser. It could also be substantially less, but the point is, the fourth quarter is designed to be low-scoring. Every quarter in last year’s All-Star game featured at least 79 points.

That isn’t the only factor working against scoring. Bryant tributes will almost certainly cost us 32 seconds at the beginning of the game. As small as that figure seems, it represents over one percent of a 48-minute game that is already being shortened by the Elam Ending. If we treat scoring as equal across a game, 32 seconds in a game that featured 374 points last season is worth roughly four points off of the total. Losing Kevin Durant, Stephen Curry and Klay Thompson from the game will cut down on the game’s usual 3-point barrage. Playing for charity could lead to better defense.

Vegas will set a lower total for this game than usual. Ignore it. It will take a year of this new format for books to adjust. Bet the under.

One of the usual indicators of MVP favoritism won’t play into this year’s voting. Hometown heroes usually have an enormous advantage here. Four of this century’s winners have done so in their own building. Where stories exist, voters try to reward them, but no Bulls are playing in this game. Anthony Davis is a Chicago native, and Bryant did once win this award in his native Philadelphia, but the track record there isn’t nearly as extensive.

In the absence of hometown homerism, the best approach to MVP betting is not to overthink it. Aside from Russell Westbrook in 2015, the last reserve to win MVP outright was Glen Rice in 1997. The pool is essentially just the starters. Remember, in the Elam Ending format, the game has to end on a made shot. In other words, there will be a game-winner Sunday, and that will, at the very least, create a meaningful tiebreaker. That should favor the kinds of players likeliest to take such shots. LeBron James is the obvious candidate. James Harden deserves a look as well.

Team USA took care of business against Team World on Friday night. Team World entered the contest with a 3-2 edge in the series, but the Americans got the job done. By doing so, Team USA, already favored leading into the matchup at -6, covered on its line.