May 27, 2020
Trending
Home NBA NBA advises teams to prep contingency plans for games without fans due to coronavirus – CNBC 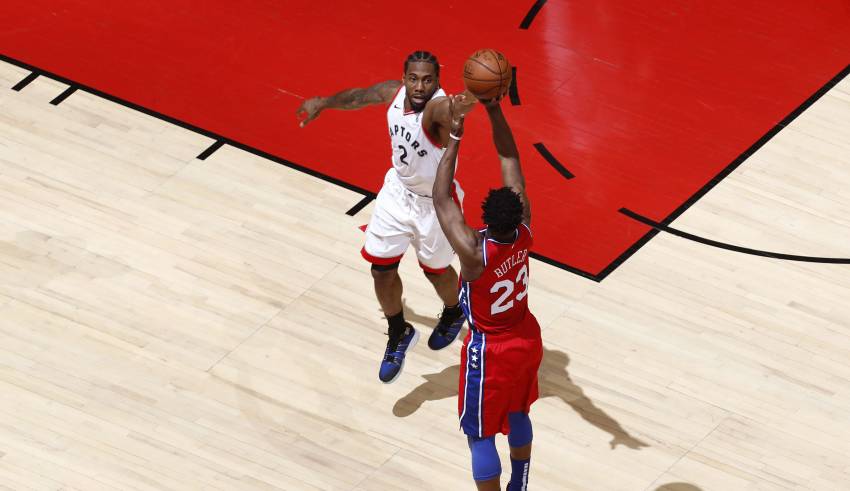 Jimmy Butler #23 of the Philadelphia 76ers shoots the ball over Kawhi Leonard #2 of the Toronto Raptors during Game Seven of the Eastern Conference Semifinals of the 2019 NBA Playoffs on May 12, 2019 at the Scotiabank Arena in Toronto, Ontario, Canada.

The National Basketball Association sent a memo to teams on Friday night, urging officials to prepare game contingency plans should the coronavirus continue to spread.

The NBA said teams should identify “actions required if it were to become necessary to play a game with only essential staff present” without fans or media, according to a copy of the memo obtained by CNBC.

The memo said teams should also “prepare for the possibility of implementing temperature checks on players, team staff, referees, and anyone else who is essential to conducting such a game in the team’s arena.”

Teams were also advised to consider payroll and benefit implications for “non-essential staff” who would not work games closed to the public. The memo also stated teams should have plans in place to communicate with ticketholders and corporate partners should games be played privately.

One league executive told CNBC the league hasn’t considered canceling or playing games without fans, but the memo was sent to organizations as a precaution.

“I don’t think you ever want to play games in front no audiences,” Fertitta told CNBC’s “Power Lunch,” adding he would instead prefer to suspend play “for a week, or two weeks or whatever. But you don’t want to play games with no fans. That’s never going to work.”

The late Friday memo comes after the league sent another to teams earlier this week, advising players to limit physical contact with fans, according to a copy obtained by CNBC. That memo suggested players consider fist-bumps instead of hi-fives or handshakes to lower the risk of contracting the new coronavirus.

The NBA also delayed the start of the Basketball Africa League’s inaugural season, which was scheduled to begin next week.

Several sporting events have been canceled or altered due to the coronavirus outbreak. The NCAA announced its Division III men’s basketball tournament at Johns Hopkins University in Baltimore will be played without spectators.

Currently, the upcoming NCAA Men’s Basketball Tournament will be played as scheduled, as the organization’s coronavirus advisory panel said it doesn’t recommend “cancellation or public spacing of athletic and related events scheduled to occur in public spaces across the United States.”

The cancellations come as the coronavirus has infected at least 338 people in the United States and more than 100,000 people globally, according to data compiled by Johns Hopkins University.