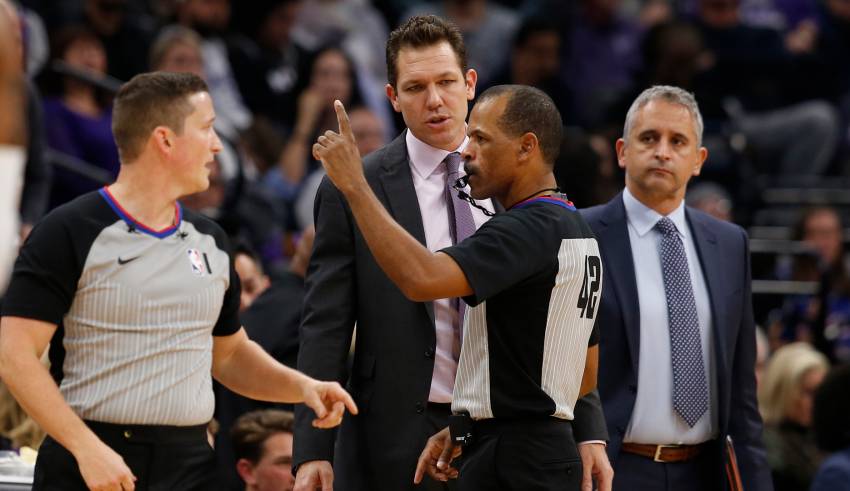 SACRAMENTO — The NBA loves to come through the day after a tough loss with some salt and maybe a lemon wedge. Nothing is better on an open wound that something that makes it burn even worse.

For what seems like the 10th time this season, the league’s “Last Two Minute Report” has come out the day after a close loss for the Sacramento Kings and admitted a mistake that impacted the outcome of the game.

With 4.2 seconds remaining and the Kings trailing the New Orleans Pelicans 115-111, Nemanja Bjelica banked in a 26-foot 3-pointer and was fouled by Brandon Ingram. The Kings’ starting power forward stepped to the line and tied the game, but there was enough time for one more play.

Before the ball was inbounded by Lonzo ball, JJ Redick ran Trevor Ariza into a Derrick Favors screen that sent the Kings’ forward straight to the floor. Redick came off the pick and was open at the top of the key. Richaun Holmes ran at the sharpshooter, who flew right past him and hit a high-arching left-handed layup to put New Orleans up by two with 1.1 seconds remaining.

Foul on Favors or nah?? 🧐 pic.twitter.com/VTJTcc4whF

The replay shows Favors squared up to take the Ariza hit, but he walks into the screen and lowers a shoulder. According to the league, the play was called incorrectly by the officiating crew of Eric Lewis, Nick Buchert and Brett Nansel.

“Favors (NOP) moves into Ariza (SAC) and delivers contact on his screen that dislodges Ariza from his legal guarding position,” the report reads.

This is nothing new for the Kings. They have been in 18 games decided by five points or fewer through the first 36 contests of the season. Sacramento is 8-10 in those games.

“I love being within five [late in games],” coach Luke Walton said Sunday after practice. “Seriously, we want to win those games, but it’s an incredible experience for our group to be in those types of situations either way — up five, down five. The game is never over, stay with it.”

There is no way to truly simulate game conditions in a practice session, so having your team compete in close battles can be beneficial.

It seems like the Kings come out on the wrong end of the “Last Two Minute Report” more often than they come out ahead, but the game of basketball is extremely difficult to officiate.

“What can we do about it now, right?” Harry Giles said. “I almost wish we didn’t hear it and let it be. It’s tough. Nobody’s perfect, especially in that point in a game. There is so much going on.”

The replay shows Nansel looking directly at the point of contact between Favors and Ariza, but in real time, it was a bang-bang play and it was in the final seconds of a game.

Giles was called for two offensive fouls for virtually the same play earlier in the game, but rarely do you see a foul on a play like this in the closing moments of a game.

“I don’t want to ever put it in anybody else’s hands, so I’m always going to put it on us,” Giles added. “Especially, that’s a game we should have won. No excuses. I’m not going to blame it on the last play, you’ve got to blame it on the course of the game.”

The Kings have to have a short memory. They face the Golden State Warriors on Monday on the first night of a back-to-back before flying to Phoenix to play the Suns.

At 13-23, the margin for error is gone. The Kings have to play better and figure out a way to close out teams so they don’t have to put their fate in the hands of others.