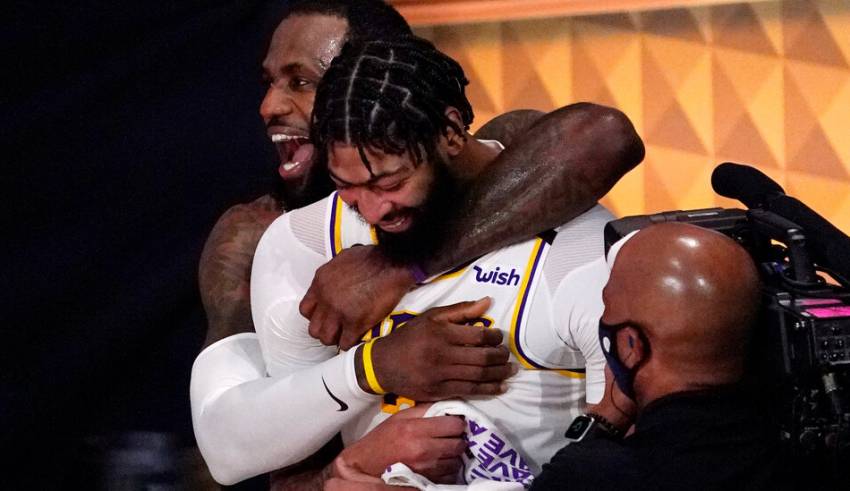 The N.B.A.’s players on Thursday night tentatively approved the league’s plan to start the 2020-21 season on Dec. 22, which would require them to report to their teams for training camps in less than a month — barely seven weeks after the end of the pandemic-disrupted previous season.

The union announced that it had tentatively accepted the scheduling elements of the league’s proposal to begin a shortened 72-game regular season before Christmas, a plan that only took shape two weeks ago at the strong urging of the N.B.A.’s television partners. The tentative approval came in a vote of the league’s 30 player representatives, one from each team.

Negotiations to lock the new schedule in, however, are likely to continue into next week on some outstanding salary-cap and health and safety matters.

“Additional details remain to be negotiated, and the N.B.P.A. is confident that the parties will reach agreement on these remaining issues relevant to the upcoming season,” the union — the National Basketball Players Association — said in a statement.

The proposed schedule calls for training camps to begin Dec. 1. The regular season, 10 games shorter than usual, would then run through mid-May, with the playoffs lasting into July.

The N.B.A.’s goal is to complete the 2020-21 season before the Tokyo Olympics, which are scheduled from July 23 to Aug. 8 in 2021. That would allow the league to avoid direct competition with the Olympics and set up the 2021-22 season to return to the N.B.A.’s usual October-through-June pattern. The plan is strongly preferred by the league’s primary media partners, Disney and Turner, following a summer and fall of dismal N.B.A. ratings in a crowded sports landscape, according to a person briefed on the matter who was not authorized to discuss it publicly.

But there were unresolved talks about a new array of coronavirus protocols that will be needed because teams are planning to play in their home markets rather than in a restricted-access bubble, as they did when resuming the interrupted 2019-20 season. The league and the union are also still haggling over how much of the players’ salaries in the next two seasons will be placed into escrow.

Each season, the N.B.A.’s 30 teams are required to spend roughly half of the league’s basketball-related income on player salaries. The N.B.A. typically holds 10 percent of each player’s salary in escrow until the income has been tallied. The money in escrow is used to make up the difference for the players, in case the total paid out was too low, or the owners, if the total was too high.

The sides have been discussing a plan that would place roughly 18 percent of player salaries over the next two seasons in escrow. Amid fears that the escrow amount would be 30 percent or more, the union was pushing to spread the reductions over multiple seasons so players wouldn’t feel the salary pinch so acutely.

Coming off the longest season in N.B.A. history, league officials have spent the past two weeks insisting that the December plan would reduce projected financial losses related to the coronavirus pandemic by at least $500 million in 2020-21. There is still a faction of players that prefers to start in conjunction with the Martin Luther King Jr. Birthday holiday in mid-January, but the N.B.A. has prioritized the needs of its television partners in embracing the December start. The league also expects the season to be played in largely empty arenas because of the ongoing pandemic, which will sharply reduce revenue.

The Los Angeles Lakers and the Miami Heat, who contested a six-game N.B.A. finals series through Oct. 11, are facing an off-season of just seven weeks. In a typical year, finals teams have at least three months off, but the league is expected to make financial concessions to counter the pushback from players on those teams and others who wanted a longer break after the rigors of playing out the 2019-20 season in the bubble at Walt Disney World.

Opening on Dec. 22 would enable Turner to broadcast its usual Tuesday night doubleheader to start the season, while also preserving Disney’s lucrative five-game slate that has become a staple of Christmas Day’s television offerings. The league, though, has not yet been able to set a date to start free agency — which teams have been expecting to begin shortly after the Nov. 18 draft — or to lift a freeze on trades in effect since the Feb. 6 trade deadline.

The N.B.A. and the players’ association faced a Friday deadline to come to terms or allow the parties — presumably the league’s owners, in this case — to terminate the existing labor agreement and send the league into financial chaos. The deadline had been postponed four times since May.

The N.B.A. informed teams and the players in recent days that it fell $1.5 billion short of projected revenue for the 2019-20 season, largely as a result of losses tied to the pandemic. The league maintains that the shortfall would have doubled to about $3 billion without the television money that was recouped during the bubble restart from July 30 to Oct. 11. The cost of arranging that bubble was an estimated $190 million. 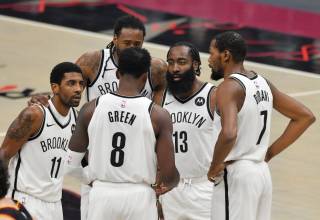