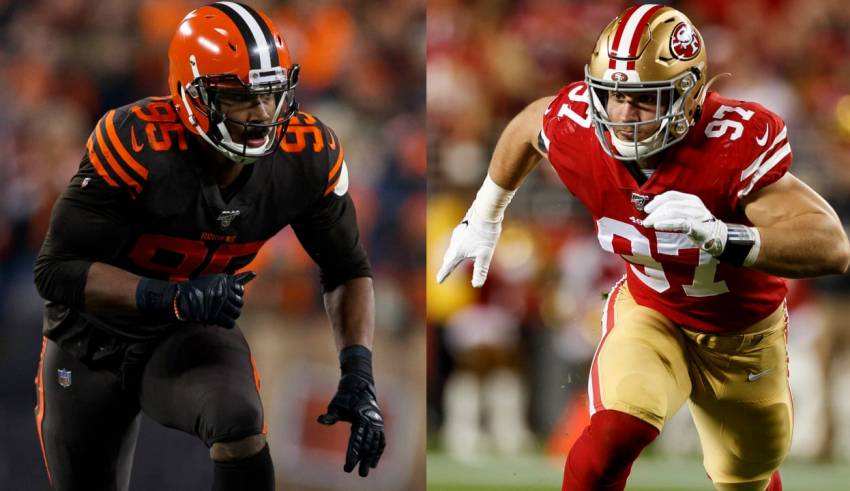 Take a moment to think of the biggest names in football and the positions they play.

The first answer is easy: Quarterback. A team goes as its quarterback goes.

The second answer, though, might be different depending on who you ask. Some might say wide receiver, and others might lean toward cornerback or left tackle.

But one position group has taken on increased importance in the last half decade or so, which only makes sense when considering the rise of the passing game. Where should opponents invest their resources? In those who hunt the quarterback.

We’ve seen these players — defensive ends and outside linebackers, depending on the defensive scheme — essentially evolve into their own classification: edge rushers. They’re responsible for wreaking havoc and sending future Hall of Famers home empty handed in the sport’s biggest contests. Think back to the 2015 campaign, when Von Miller and DeMarcus Ware knocked Tom Brady out of sorts in the AFC Championship Game. Or think about last season, when the Patriots had Sam Darnold seeing ghosts.

They’re effective. They matter. And they aren’t just on the edge of defenses (hello, Aaron Donald).

So, who were the greatest disruptors of 2019?

Like we did in our earlier (and debate-inspiring) pieces from this series, we’re focusing on one Next Gen Stat that gives us the best indication of how effective a defender is on a per-pass-rushing-down basis. The stat: Disruption Rate, which is the total number of disruptions (the combined total of hurries, pressures or sacks, with only one counting per play) divided by the total number of pass-rush snaps.

In order to get a decent grasp of effectiveness over a considerable volume of pass rushes, we set the baseline at 250 pass rush snaps. Those who didn’t rush the passer at least 250 times in 2019 didn’t make the cut.

These are the best of those who did.