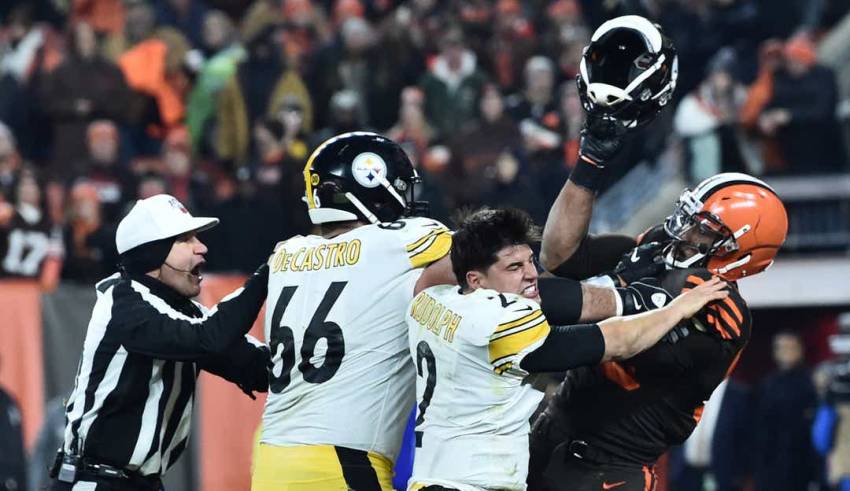 UPDATE: The NFL has handed down punishments for the Browns’ Myles Garrett and Larry Ogunjobi and the Steelers’ Maurkice Pouncey. Each team was also fined $250,000.

The league also said in its statement that “additional discipline for other players will be forthcoming through the standard accountability process, including those players that left the bench area to enter the fight area.”

Video of Garrett ripping off Rudolph’s helmet and clubbing him with it during a melee at the end of the Thursday Night’s Game is already drawing national attention this morning.

In another tweet, the agency said: “There are many risks an NFL QB assumes with every snap taken on the field. Being hit on your uncovered head by a helmet being swung by a 275-lb DE is not one of them. Tonight could have had a catastrophic ending. The matter will be reviewed thoroughly.”

THROW THE BOOK AT HIM: NFL should come down hard on Garrett

NFL PLAYERS REACT: The shock and awe of the Browns-Steelers brawl

Garrett’s Browns have six games remaining, and if he were suspended for the remainder of the season it would be the longest suspension for a single on-the-field act. In 2006, former Tennessee Titans lineman Albert Haynesworth was suspended five games after he ripped the helmet off Dallas center Andre Gurode. Haynes also kicked Gurode in the face, causing a wound that required stitches to close.

Earlier this season, Raiders linebacker Vontaze Burfect was suspended indefinitely for an accumulation of incidents, ending with a helmet-to-helmet hit.

Athletes don’t often face criminal charges for on-the-field incidents, but it has happened in the NHL and NBA. In 2004, an NBA game featuring the Detroit Pistons and Indiana Pacers led to a melee that involve players and fans. Five Pacers players were charged with misdemeanor and pleaded no contest.

The last criminal charges in the NHL also came in 2004 when then Vancouver Canucks forward Todd Bertuzzi was charged for an attack against Colorado Avalanche forward Steven Moore. Bertuzzi was charged with criminal assault. He pleaded guilty and received a sentence of one year probation, plus community service.

Garrett expressed regret after the game and admitted to reporters, “I lost my cool.”

His quarterback and teammate Baker Mayfield called the act “inexcusable.”

“That’s just endangering the other team. … The reality is he is going to get suspended. We don’t know how long, and that hurts our team.”

This isn’t Garrett’s first incident this season. He was penalized for hitting Tennessee Titans tight end Delanie Walker in the season opener and then was flagged twice for roughing the passer vs. the Jets in Week 2. After three games, Garrett already had been fined $52,639, according to the Akron Beacon Journal. 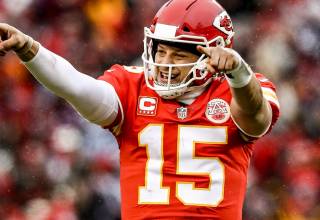