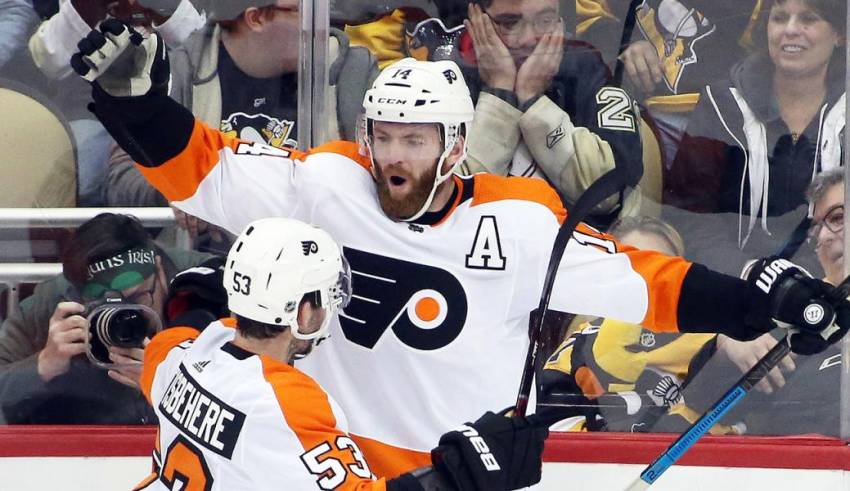 What’s an NHL season without the Flyers-Penguins rivalry, right?

We’re talkin’ Philly vs. Pittsburgh, Claude Giroux vs. Sidney Crosby, Gritty vs. Iceburgh (no idea why that last one was mentioned, but alas, it was).

The NHL and NHLPA are probably mulling reality without all of those dynamics above and realizing it’s simply incomprehensible.

With 2020-21 division realignment appearing more and more likely because of the challenges created by the coronavirus pandemic, at first, it was apparently possible that the Flyers and Penguins could be separated.

However, according to the latest report by The Athletic’s Pierre LeBrun on the to-be-determined, subject-to-change divisions for next season, the Flyers and Penguins are reunited.

Not finalized yet, and still subject to change, but the 2020-21 four-division re-alignment currently looks like this according to sources:

In all seriousness, the Flyers-Penguins rivalry typically generates great fan interest and television ratings. If splitting up the two teams was/and is still a possibility, maybe the reasoning would be preventing cross-state travel to alleviate spending and enhance safety. Regardless, though, there will be travel involved next season and where games are played remains undecided.

Keeping the Flyers and Penguins in the same division seems to make fine sense geographically, logistically and monetarily.

The Flyers have gone 7-9-3 against Pittsburgh over the past five seasons and lost to it in the 2018 Stanley Cup Playoffs. Last season, they went a combined 13-5-3 against the clubs in their reported grouping.

More: Key developments for 2020-21 NHL season as Flyers players get in work